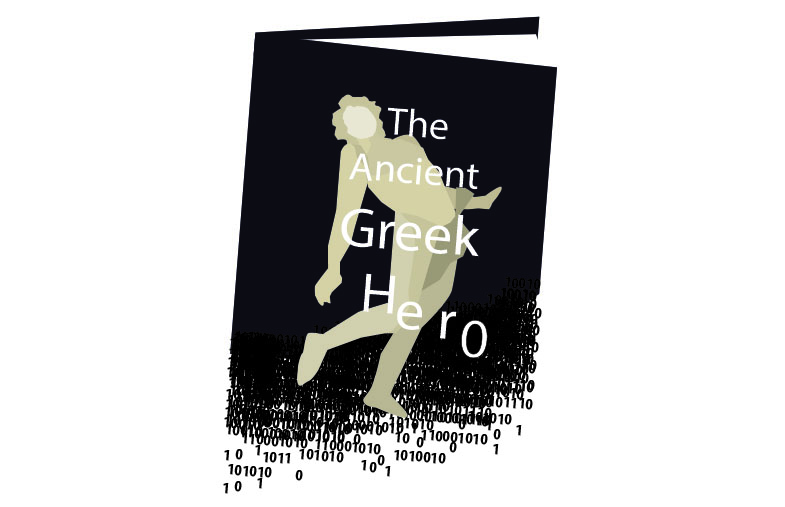 Each fall for the past four years, hundreds of undergraduates have vied for a seat in a Science Center lecture hall for the perennially popular course, Science of the Physical Universe 27: “Science and Cooking: From Haute Cuisine to Soft Matter Science.” Some students are food enthusiasts eager to sample the cooking of famous chefs or learn the science behind their favorite recipes, while others come looking to fulfill one of their science General Education requirements.

But enrollees in this year’s version of the course were exposed to more than just the cooking demonstrations and problem sets they were expecting. This fall, course instructors debuted a new set of online course materials, including pre-recorded lecture videos and comprehension questions derived from SPU27x, the online equivalent of “Science and Cooking.” This virtual version of the course, open to anyone with an internet connection, is hosted on HarvardX, the subset of Harvard and MIT’s virtual education platform edX devoted to online courses taught by Harvard faculty.

While SPU27x has seen the highest enrollment of any HarvardX course offered this fall, reaction to this year’s on-campus course has been mixed. Halfway through the semester, some students have already dropped the class, saying they find the virtual course materials to be disappointing.

“When I finally got lotteried in, I was really excited about it, but this edX component turned me off,” said Denise Acosta ’15, who dropped “Science and Cooking” after the second week.

“Science and Cooking” is one of several courses that have been restructured this year with the help of online pedagogical tools, and given that faculty leaders of HarvardX have repeatedly emphasized their goal of enriching the classroom experience, this year’s set of virtually enhanced courses is likely to be just the start of a gradual process of greater experimentation in Harvard classrooms.

Although HarvardX’s proponents claim that virtual education has the potential to transform the traditional lecture format, the process of bringing HarvardX to the brick-and-mortar classroom is still in its very early stages. This semester, the third since Harvard and MIT announced the launch of edX, many students are questioning whether these new models of instruction are enhancing—or detracting from—the learning process.

This year’s version of “Science and Cooking” is being taught as a “flipped classroom”: a teaching style in which online materials deliver instruction that would have otherwise been covered during class time. Several other Gen Eds—Culture and Belief 22: “Concepts of the Hero in Classical Greek Civilization,” History of Science 121: “The Einstein Revolution,” and Societies of the World 12: “China”—are also experimenting with the flipped classroom format for the first time.

Although the flipped classroom model often requires students to spend extra time on course material, faculty members say that the new structure is intended to enrich the learning experience. “On principle, it’s not my view to add work,” said applied physics professor Michael P. Brenner, who co-teaches “Science and Cooking.” “We should be enhancing the class.”

Mary E. Wahl, head teaching fellow of “Science and Cooking,” said that having students watch lectures videos outside of class allows course staff to utilize Thursday lectures as a recitation section to go through sample calculations for weekly problem sets.

For his part, classics professor Gregory J. Nagy said that while online components in “Concepts of the Hero in Classical Greek Civilization” demand greater work from students, they benefit both his work as a teacher and his students’ work as writers.

“I’m getting much more thinking and much more incisive writing from my students, even if some of them would say it’s adding extra work, but I think that middle step where we use [the HarvardX platform] is a real enhancement to the quality of the essays than Harvard students get the chance to write,” Nagy said.

Nevertheless, many students have claimed that new online course components add little to their mastery of course material and sometimes bear minimal relation to material covered in the classroom.

Jessica P. Menjivar ’15 said she dropped “Science and Cooking” after the second week because she felt the “unexpected level of work” failed to adequately prepare her for the assignments.

“I made the decision [to drop the class] when I was doing the first p-set, and I felt very unprepared despite watching all the online videos and going to class,” Menjivar said. “I did not expect the first p-set to take so long if I had done all the prep work.”

According to A., a senior in “Science and Cooking” who asked to be identified only by his first initial out of concern that his comments could adversely impact his grade, course staff initially indicated that the HarvardX version of the course would merely provide supplementary information for problem sets and the midterm.

But this turned out not to be the case, according to A. “The videos are more tangential and not directly relevant. Because of that, people are not spending the time they’re meant or purposed to,” he said.

Moreover, without a lecturer to demonstrate in person what needed to be learned, students have expressed confusion over which material they would be held responsible. “The videos contained things you didn’t have to know,” Acosta said. “They went into detail, and it wasn’t apparent or obvious about what detail you had to know.”

As online components play a more significant role in undergraduate courses, some students have also expressed concern over a lack of direct interaction with faculty and teaching staff.

Nagy’s “Concepts of the Hero in Classical Greek Civilization” course, for example, no longer has a section; instead, groups of students assigned to a particular teaching fellow sit in a semi-circle on stage during each lecture to discuss class readings in front of their fellow students, who can also choose to participate.

Although these types of classes act as a substitute for sections, direct student interaction with teaching fellows in the new format occurs solely through email and designated office hours.

“The edX course really takes the human connection out of classes,” said Sean M. Frazzette ’16, speaking about this year’s version of “Concepts of the Hero in Classical Greek Civilization.” “I feel like talking through ideas [in section] is much more beneficial than self-assessments online and weekly emails to, in some cases, strangers.”

Students in "The Einstein Revolution” described similar feelings of isolation as course activity increasingly moves into the virtual realm.

“We're given material each week through the lecture videos and are tested on it without being able to ask the professor to clarify or explain concepts,” said Ben, a student in “The Einstein Revolution” who asked that his name be changed because he was worried that his comments could adversely affect his grade in the course.

According to Galison, the new version of “The Einstein Revolution” is still in its early stages of experimentation. “No one knows how to do this,” he said. “I’m learning new things all the time...I’m constantly going back to the students, asking what’s working, what’s not.”

Ben acknowledged that virtual learning does have the potential to enrich courses on campuses, but said that current uses of online course materials have failed to contribute positively to the undergraduate experience.

“As Harvard students, we come here to learn from and interact with professors personally,” Ben said. “Let's cut out the middle man.”

Behind the scenes of Harvard’s new “flipped classrooms” is a collaborative effort at the University to evaluate their impact on pedagogy and the student experience.

Staff from the Derek Bok Center for Teaching and Learning, the Harvard Initiative for Learning and Teaching, and the HarvardX research team are conducting focus groups and surveys on each flipped classroom course this semester, according to Andrew D. Ho, research director at HarvardX.

A survey of students in “China” due to be released in November showed relatively positive opinions about new online modules for the course, Ho said.

“I was surprised to the degree how positive people were,” said Ho, who is also an associate professor at the Graduate School of Education. “On average...[the students] found them to be very useful.”

Robert A. Lue, faculty director of HarvardX and director of the Bok Center, said that the pedagogy behind active learning is based on a vast body of social science literature. In particular, Lue noted that educational research has shown evidence of the initial difficulties of switching to flipped classrooms.

“It’s well-documented that the first time you do a flipped classroom, it's uncomfortable because it's so different,” Lue said.

As Harvard’s online presence continues to expand—HarvardX plans to add nine new courses over the next year—on-campus incorporation of online materials will continue, with feedback from ongoing efforts to determine the best methods for conducting undergraduate classes.

“We are in active research mode of constant improvement, and we have systematic data collection going on,” Ho said.

STANDING BY BRICKS AND MORTAR

Although the flipped classroom has become an increasingly common structure for Harvard courses in the past few years, some professors stand by more conventional methods of teaching.

Two of the on-campus courses available to undergraduates that have been or are currently being offered on the HarvardX platform, Ethical Reasoning 22: “Justice” and Computer Science 50: “Introduction to Computer Science,” are still taught in the traditional live classroom format.

"I have never required or even encouraged on-campus students in ‘Justice’ to watch my online lectures before class,” government professor Michael J. Sandel wrote in an email, pointing to the crucial role of student participation in his lectures.

“To have students watch online lectures in advance would risk dampening the spontaneous, unpredictable, and open-ended quality of the discussions we have in Sanders Theater," Sandel wrote.

Philosophy professor Edward J. Hall, who signed a letter asking for more faculty oversight over HarvardX, echoed Sandel’s sentiment. Although Hall said that the evaluative components of virtual courses can be very beneficial for students, teaching should only be done in person.

“As far as I'm concerned, nothing can properly substitute for what I do in lecture,” Hall said.