Shake Shack Will Likely Open in Harvard Square in December 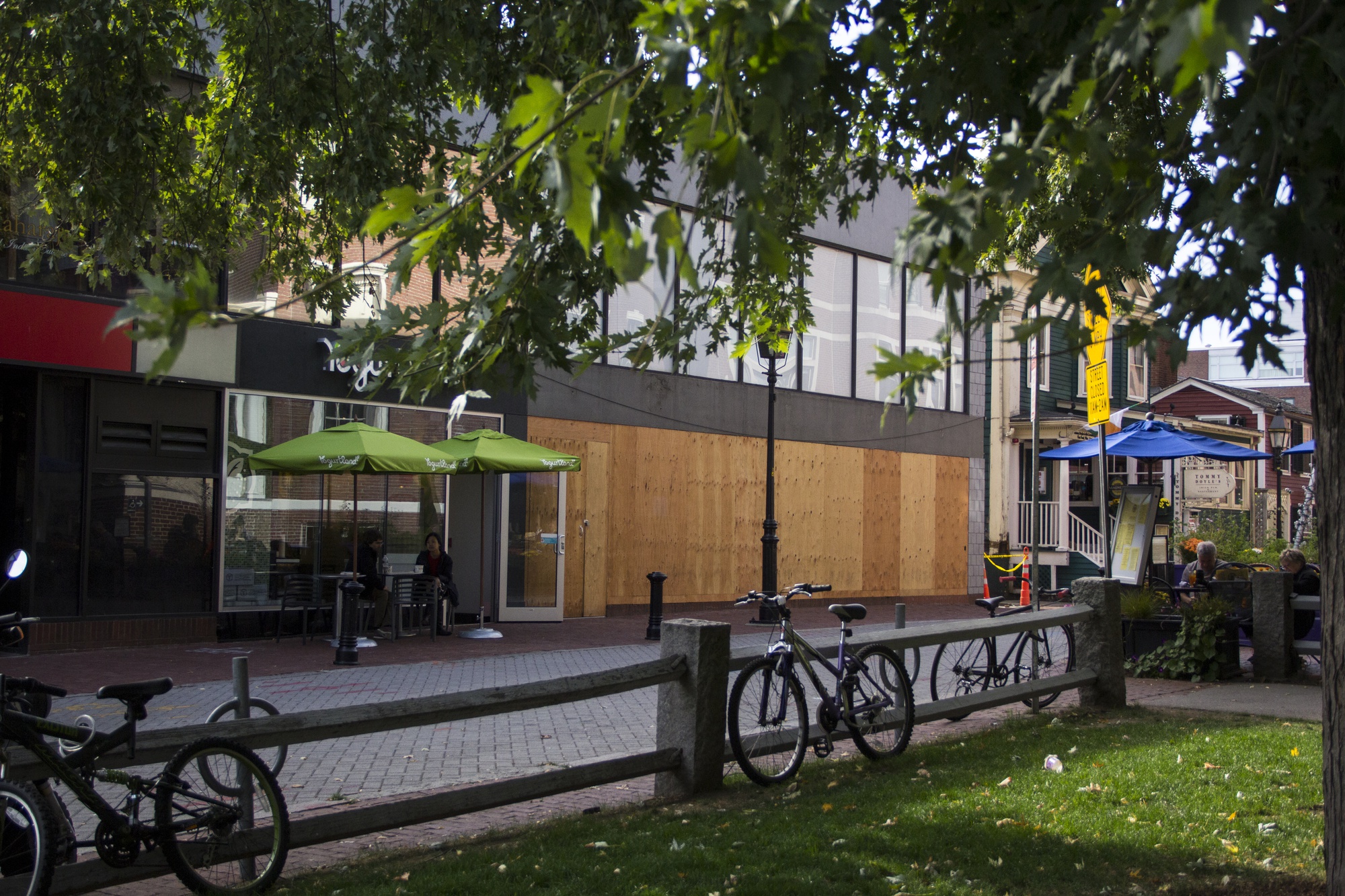 Shake Shack will likely open its Harvard Square branch in December. The fast-food burger restaurant will be located in Winthrop Square next to Yogurtland and Upstairs on the Square.
By Nikki D. Erlick, Crimson Staff Writer

Shake Shack is set to shake up Harvard Square.

According to Shake Shack CEO Randy Garutti, construction began this week on the new location at 92 Winthrop St., and although the date has yet to be finalized, Garutti predicted the restaurant will likely open towards the end of this year.

He added that the Shake Shack in the Square will probably continue the company’s trend of opting for quiet openings in lieu of elaborate fanfare.

“In general, we like to come in and have everybody get to know the place and experience it on their own,” Garutti said.

Harvard Square is the second Boston location for the New York-based company founded in 2004. A location in Chestnut Hill opened in March 2013.

Garutti said that Harvard Square came up as the first place where Shake Shack wanted to open in the Boston area.

“We were looking at a number of sites and never found one that felt right until this one,” he said. “We think that Cambridge and Harvard Square is just such a special place to have a business.”

Shake Shack is no stranger to owning a restaurant in a college town. The chain operates locations near University of Miami, Yale, and Columbia.

With construction underway at the Harvard location, Garutti said that the company is “fortunate to start to have this Ivy League connection, and we’re excited for it.”

The restaurant will seat 108 guests with a total occupancy of 144, according to Greg Waters, senior manager of marketing and communications. The location will most likely feature outdoor seating as well, Waters said.

Projected plans for the Harvard Square menu include local beers and frozen custard “concretes” unique to the Cambridge location. Five percent of the sales for one such “concrete” will be donated to a charity in the area. Garutti added that the company is spending the upcoming months working on specific programs, as they plan to enact “some fun things to be really connected to the Harvard community.”

Garutti anticipates that the Shake Shack in the Square “will ultimately mirror the Harvard-Cambridge community. It’ll be for students, for kids, for families, for professors, for workers in the area, and for people who come to visit Cambridge on the weekends.”

Shake Shack joins existing burger staples--Bartley’s, b.Good, and Flat Patties—and a more recent arrival—Tasty Burger. Garutti said that Shake Shack’s recipe diverges from its competitors in the quality of the customer experience as well as the caliber of the food.

“Shake Shack has always been about taking what fast food ruined over the last 60 years and resetting the conversation on that,” he said. “People don’t know what to call us because it’s not fast food, it’s more fine-fast or fine-casual.”

“There are definitely some good burger places in Harvard Square, but none that really fit the particular description of having really good food and having it really fast,” he said, adding that the quick turnaround time at Shake Shack will be convenient for students who want to grab a meal between classes.

“Shake Shack, wherever it’s gone around the world, has become a community gathering place,” Garutti said. “And that’s how we want people to use it here at Harvard.”