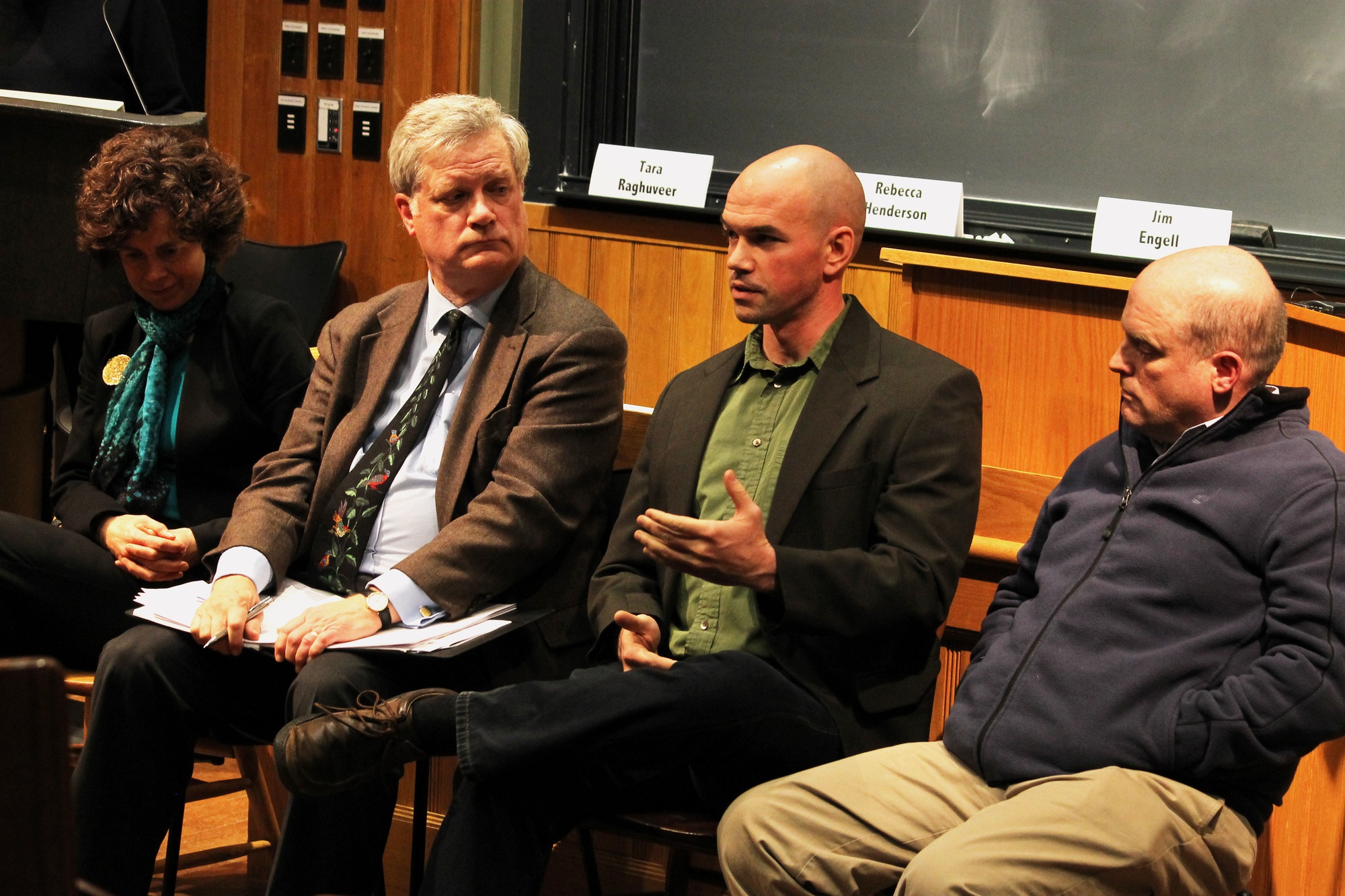 Harvard students and faculty gathered in Sever Hall on Friday afternoon for a mixed debate on whether Harvard should continue to financially invest in fossil fuel companies.

“We made sure the panel would be evenly distributed,” Joseph G. Lanzillo ’16, a member of Divest Harvard, said. “We wanted to have a different mix and different perspectives from people of varied fields of expertise.”

According to members of Divest Harvard, University President Drew G. Faust had previously declined an invitation to speak at a public forum on the topic of divestment.

Harvard alumni presented Faust with a letter in September requesting her appearance at a public forum, but Faust responded in early October by issuing a statement affirming Harvard’s anti-divestment position.

“We felt [the letter] kind of missed the point of having an open dialogue in public,” Divest Harvard co-coordinator Alyssa L. Chan ’16 said. “She didn’t agree to publicly discuss [divestment] or be a part of the conversation that’s happening on campus, and so that was a little disappointing.”

Despite Faust’s absence, Henderson said that the forum marked a positive progression in the divestment dialogue, but emphasized the role of individuals rather than institutions in supporting fossil fuel companies.

“We use fossil fuels all the time,” Henderson said. “In the general run of things, a fossil fuel company is giving people what they want at a price they say they want.”

Most of the panelists agreed that education is the first step to engaging with the question of divestment. Both Schrag and Engell expressed interest in introducing a new General Education category on environmentalism to teach students about the implications of climate change.

Undergraduate Council President Tara Raghuveer ’14, who moderated the discussion, reaffirmed the UC’s commitment to divestment nearly one year after its referendum urging the University to cease its investment in fossil fuel corporations passed on the 2012 ballot.

“The purpose of the debate [was] to really help build awareness and educate the student body as well as community members about what divestment from fossil fuels would actually mean in a conceptual, but also a practical sense for Harvard,” she said.

Leaders of Divest Harvard also said they hoped that Friday’s forum would open the dialogue for the divestment movement.

“It doesn’t really matter where it begins or what topic it begins on, but what matters is strong people who want to talk about how Harvard can solve climate change,” Lanzillo said. “That’s as important as the divestment movement itself.”