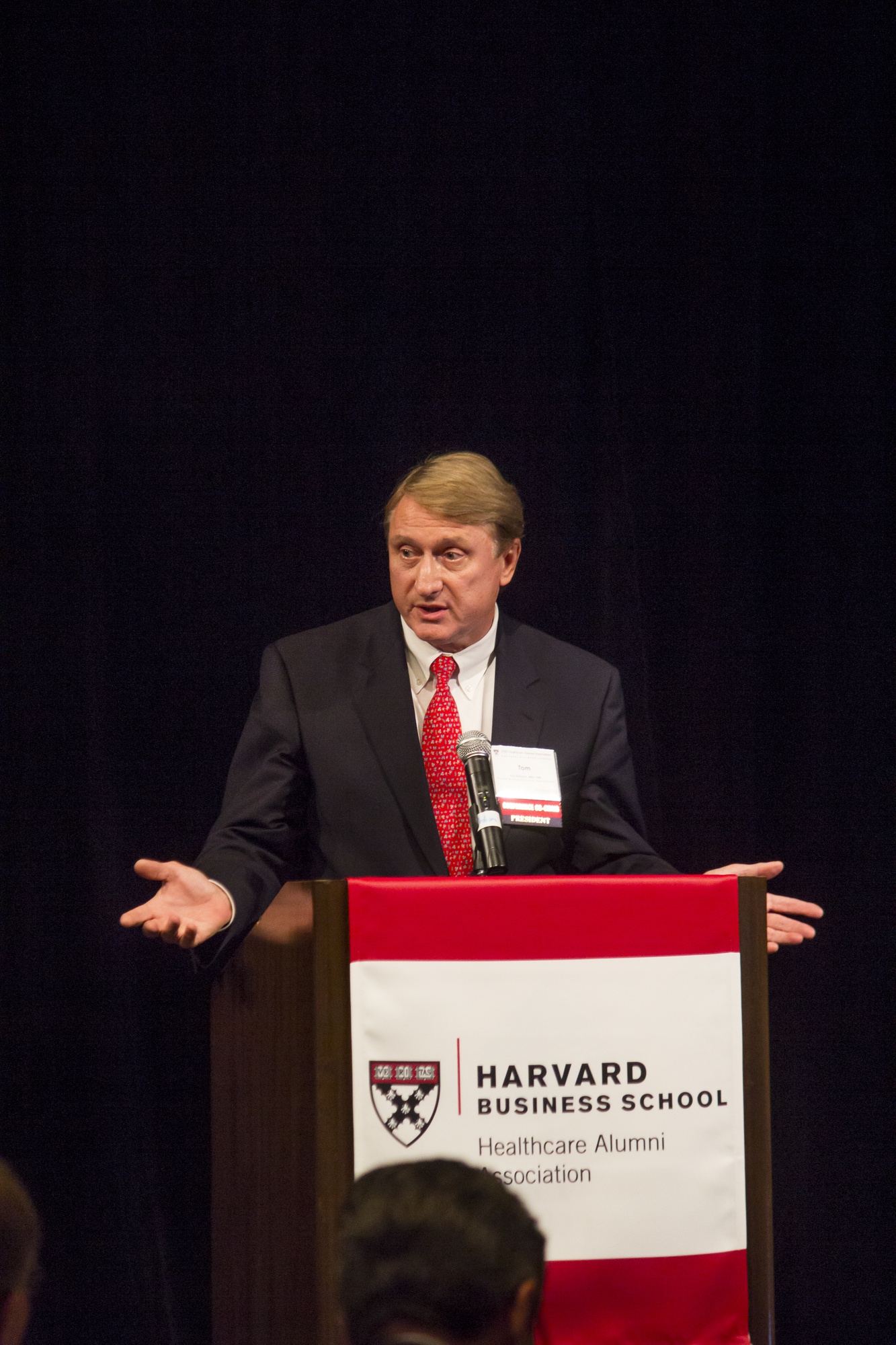 A panel of healthcare experts discussed strategy for investing in healthcare companies as part of the Harvard Business School Healthcare Alumni Association’s 14th Annual Alumni Healthcare Conference at the Charles Hotel on Thursday.

The panel, entitled “Investing Top 10: Hot or Not?,” included live polling of the audience. Throughout Thursday afternoon, the moderators continued to ask increasingly complex questions directed at the audience, who in turn would vote in the live poll.

The panelists, many of whom were Business School alumni, also responded to the questions, including “Does the current state of the medical devices market make the sector poised for greater venture investment?” and “Which of these emerging healthcare investment areas are most attractive: Analytics and Business Intelligence, Patient Engagement, or Value-Based Models Care Management and Coordination?”

In response to a question about investing in biotechnology firms, panelist Steve Kraus, a partner at Bessemer Venture Partners, claimed that there are better public companies to invest in, citing Twitter, which began trading publicly on Thursday.

While the audience split nearly down the middle when polled on this question, the slim majority of audience members voted against investing in medical technology firms.  Salehizadeh agreed, noting that “55 to 60 percent of medtech companies return less than 1X [lose money].”

In addition to Thursday’s panel, the conference will also host a number of other notable speakers, including Dean of Harvard Business School Nitin Nohria. On Friday, Massachusetts gubernatorial candidate Donald M. Berwick ’68 will speak alongside Benjamin E. Sasse ’94, a current candidate for the U.S. Senate from Nebraska. The pair will give a federal perspective on the difficulties of healthcare reform.

The HBSHAA, one of the largest Business School organizations according to HBSHAA President and Annual Conference Chairman Tom Robinson, is made up of over 800 alumni involved in the healthcare industry.

The association's press release cited that the two-day meeting “[brings] together the critical elements needed for innovation in healthcare—people, information, organizations, and education.”

According to Robinson, the HBSHAA prides itself on uniting alumni across the healthcare industry and allowing them to interact and exchange ideas. Their flagship event emphasizes that goal.

Conference attendee Jonathan M. Wyler said, “It’s a diverse audience within healthcare. My focus is in one little corner of healthcare and it’s a nice high quality group from whom to see a broader view.”

“This conference is one-of-a-kind,” said Robinson. “It is one of the few if not only meetings that allows for the idea-sharing of an interesting and informed group of Harvard Business School grads who specialize in the finance of health care.”