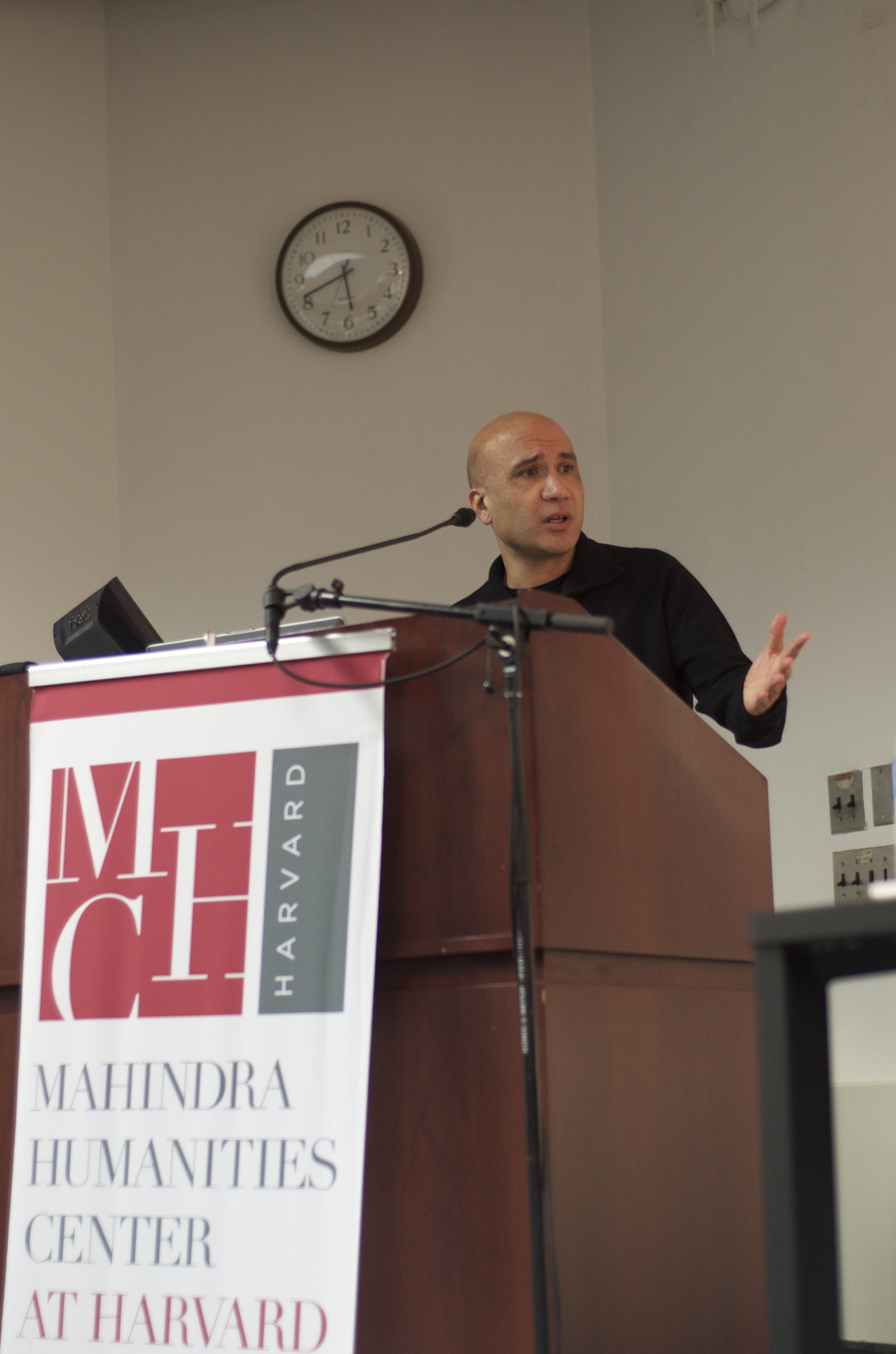 Harvard University Professor Bruce Western speaks on mass incarceration in the U.S. during the second panel of the day entitled "How Do We Get Out?"
By Yasmin Moreno and Avni Nahar, Contributing Writers

Ten distinguished professors gathered in Emerson Hall on Wednesday as part of the Mahindra Humanities Center event “Prison USA: The Dilemmas of Mass Incarceration.” The event, which was composed of two panels, dealt with the origins and current state of the American penal system and with the potential for change and solutions.

All four of the speakers on the first panel, moderated by Harvard Law School Professor Carol S. Steiker, brought up the issue of race. Paul Butler, a professor at Georgetown University Law School, pointed to the ubiquitousness of arrests, criminal convictions, and imprisonment of African-American men, citing the 7:1 ratio of black men to white men in American prisons.

He listed the criminalization of drugs, the higher rate of violent crimes among African-Americans, and continuing socioeconomic inequities as contributing factors to the problem. Other panelists considered the role of race in driving trends in mass incarceration, focusing on the way in which the justice system treats minority groups.

“The new penalology is neither about punishing nor rehabilitating individuals; it’s about identifying and managing unruly groups” said Caleb Smith, professor of English at Yale University. Smith referenced the Jimmy Santiago Baca poem “How We Carry Ourselves” to describe how prisons “have become like warehouses.”

“The mass incarceration issue is unique in its magnitude and dehumanizing effects,” Harcourt said. “Yet it is just another episode of mass injustice in this country.”

After a short question and answer period, a different group of professors, moderated by African and African-American Studies professor Lawrence D. Bobo, discussed the future of mass incarceration in America. David D. Cole, professor at Georgetown Law Center, expressed some optimism about moving away from mass incarceration in the future. He cited the fact that the incarceration rate in the US has plateaued in recent years, as well as the changing political environment regarding mass incarceration. Democrats and Republicans alike have increasingly pointed out the need to reduce incarceration, Cole said.

“I think we also may have reached a tipping point in what Americans can tolerate,” said Cole. “2.4 million [incarcerated] is a pretty high number. We are the world’s leader. That’s not something anyone is proud of.”

Linda R. Meyer, professor at Quinnipiac School of Law, suggested that public perception of offenders as “monsters” has led to prison policies that do not deal with offenders as human beings. She emphasized the need to develop a “language of empathy” towards offenders by framing them as mothers, fathers, and family members. Bruce Western, a Harvard professor of sociology, pointed to the divisions poverty creates in society as one of the factors behind mass incarceration, and challenged the audience to be a part of the change.

“It’s our civil obligation to know and understand the most severe poverty,” Western said. “Only when we understand how life is lived on the margins can we begin to see something of ourselves in the other.