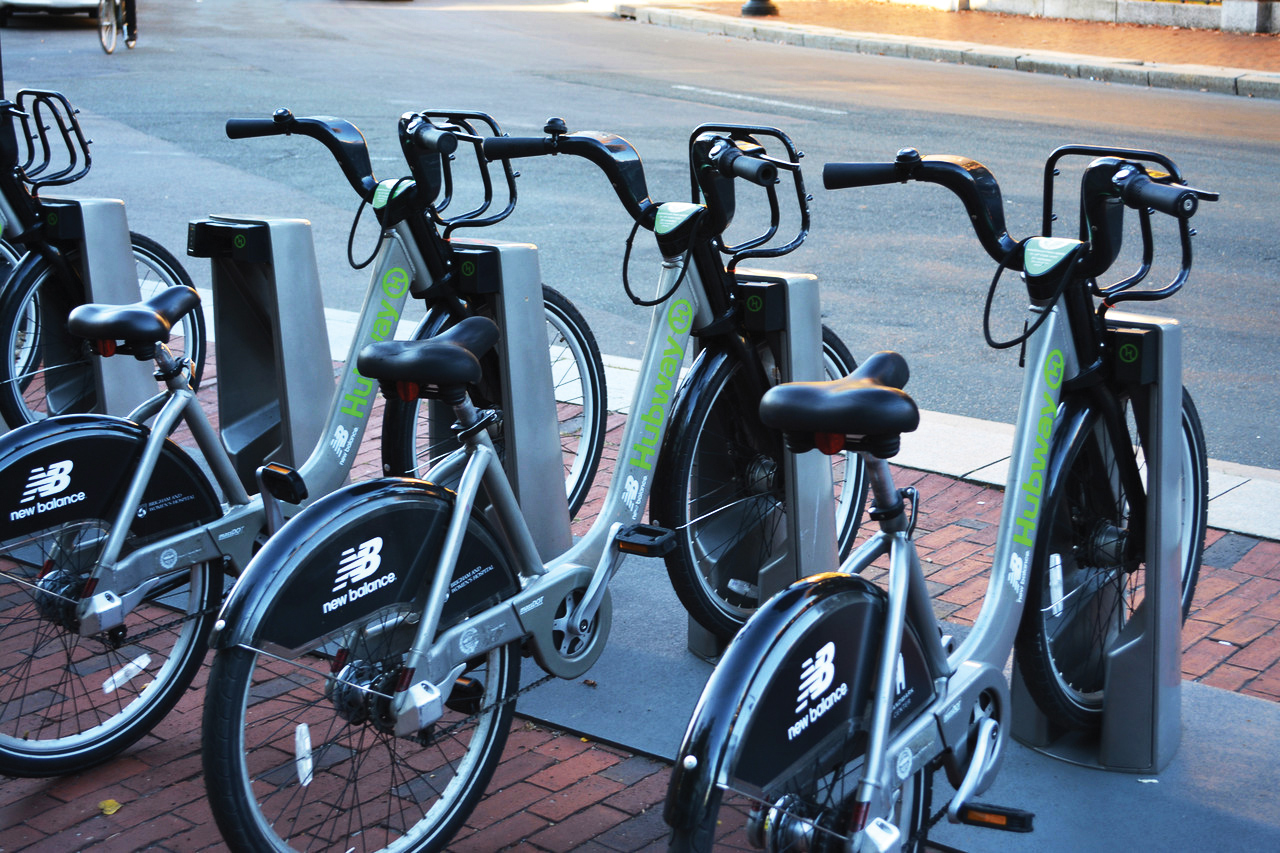 Hubway’s rental bikes, located steps away from the Harvard Square MBTA station will continue to be available to riders throughout this winter at local stations. In the past two and half years, Hubway has only been available depending on the season with this winter being an exception
By Glynis K. Healey and Steven H. Tenzer, Contributing Writers

For the first time since the Boston-area bike-sharing company Hubway was founded two and a half years ago, Cambridge will keep its Hubway bikes on the road this winter season.

The pilot program, announced by Hubway and the City of Cambridge in a joint press release on Nov. 19, will bring year-round Hubway service to almost all of Cambridge’s 26 Hubway stations, including the seven at Harvard.

“We are pleased at the opportunity to pilot Hubway service year-round,” Cambridge City Manager Richard C. Rossi said in the press release. “We’re committed to supporting sustainable transportation options, and we are excited to continue the program this winter season.”

Hubway’s other stations in Boston, Brookline, and Somerville, which are not participating in the pilot program, were scheduled for seasonal closings in the past several weeks.

Cambridge is not the only city to keep its bike-sharing program open for the cold winter months. Chicago’s Divvy and Denver’s B-Cycle bike-sharing companies also announced they would run year-round this year. Bike-sharing systems in New York and Toronto already run through the winter and were looked to as examples as Hubway planned its Cambridge pilot program, according to the Boston Globe.

For some Harvard students, the prospect of Hubway operating a bike-sharing system at a time in which the roads are icy and snow-filled has raised both safety and utility concerns.

“I feel like biking in the winter is dangerous and cold and inconvenient,” said Tian L. Kisch ’15, an avid biker who uses her bike to travel back and forth from the Quad. “I think [students] would be more likely to use the shuttle over using a bike, especially starting in December.”

Hubway has already taken precautions to ensure safety. According to the press release, Hubway’s dispatch office will coordinate a team to keep stations clear of snow and ice from 6 a.m. to 10 p.m. every day.

For her part, Cabot House Eco Rep Caroline R. Breinin ’15 said she believes that Hubway’s winter operations will not pose dangers “as long as people are safe and do not use Hubway when the roads are icy.”

Breinin also applauded Hubway for allowing patrons to utilize the sustainable transportation option throughout the winter.

“I think it’s great that Hubway is extending its service for Cambridge into the winter so that patrons still have the option to use the bicycles for their commute rather than less environmentally friendly alternatives,” Breinin said.