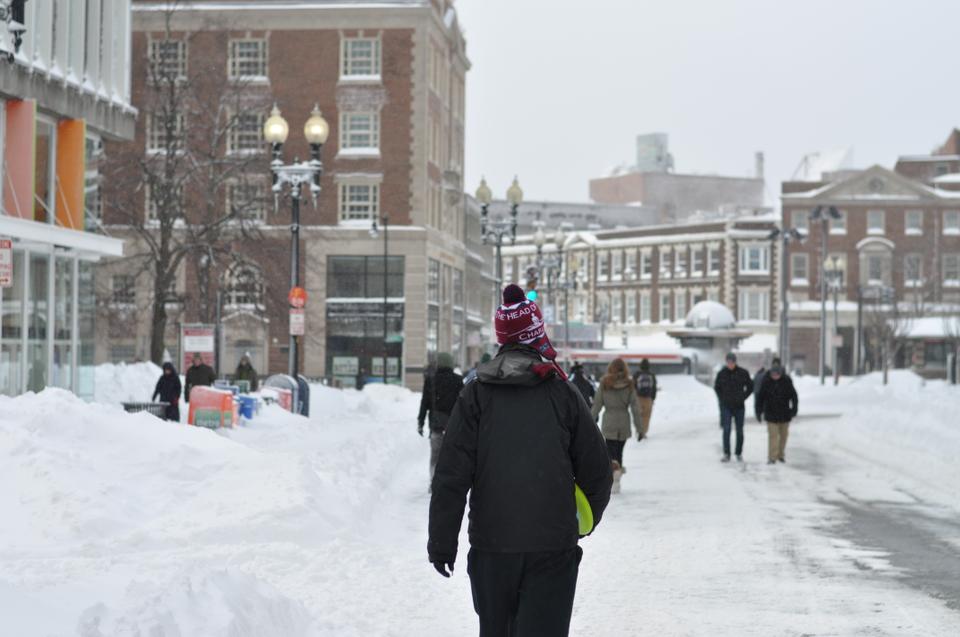 Teams of volunteers worked around the clock to keep Cambridge’s homeless population out of harsh weather conditions during a weekend when more than two feet of snow fell on the city of Boston.

The student-run Harvard Square Homeless Shelter, which is normally open only at night, housed 30 individuals all day Friday, Saturday, and Sunday, according to Kelly A. Sullivan ’14 and Charles A. Hobbs ’13, who are both administrative coordinators at the shelter.

Sullivan said that starting on Thursday night, teams of volunteers from the shelter and government agencies began combing the streets for homeless individuals, warning them of the oncoming storm, telling them where they might find shelter, and distributing passes for the MBTA. Sullivan said that Hurricane Sandy, the last unusually dangerous storm to hit New England, made it apparent that the homeless may be unaware of dangerous conditions even when many are scrambling to prepare for them.

“What we realized during Hurricane Sandy was that, even though we had seen Hurricane Sandy all over the news, people on the street may not be hooked up to that kind of information,” Sullivan said.

She said that because of building capacity restrictions, the shelter was unable to accommodate extra people, but it did remain open all day. The shelter guaranteed beds throughout the storm for those who stayed on Thursday night and helped arrange transportation for some people to travel to other, larger shelters with more flexible capacities.

“I think it worked fairly well,” Hobbs said. “Nobody came to us in the middle of the night.”

Hobbs said that some individuals who were not comfortable staying in the shelter remained outdoors even during the storm.

“They’re a whole different challenge,” Hobbs said, adding that volunteers worked to provide those people with blankets, food, and hot drinks. That effort, he said, was based at the First Parish Cambridge Unitarian Universalist Church in Harvard Square.

While the shelter’s policy is to stay open all day when the city of Cambridge declares a “snow emergency,” neither Sullivan nor Hobbs could remember a time when it housed people for three full days in a row.

“In the four years that I’ve [worked at the shelter], there’s never been a snow event that’s been this large,” Hobbs said. “It was a really crazy weekend for a lot of different reasons.”

Hobbs said that he was proud that the shelter was able to keep people out of the storm with “a lot of work from a lot of people.”

“Most of the folks who do need shelter—who want shelter—are able to find it,” Hobbs said.