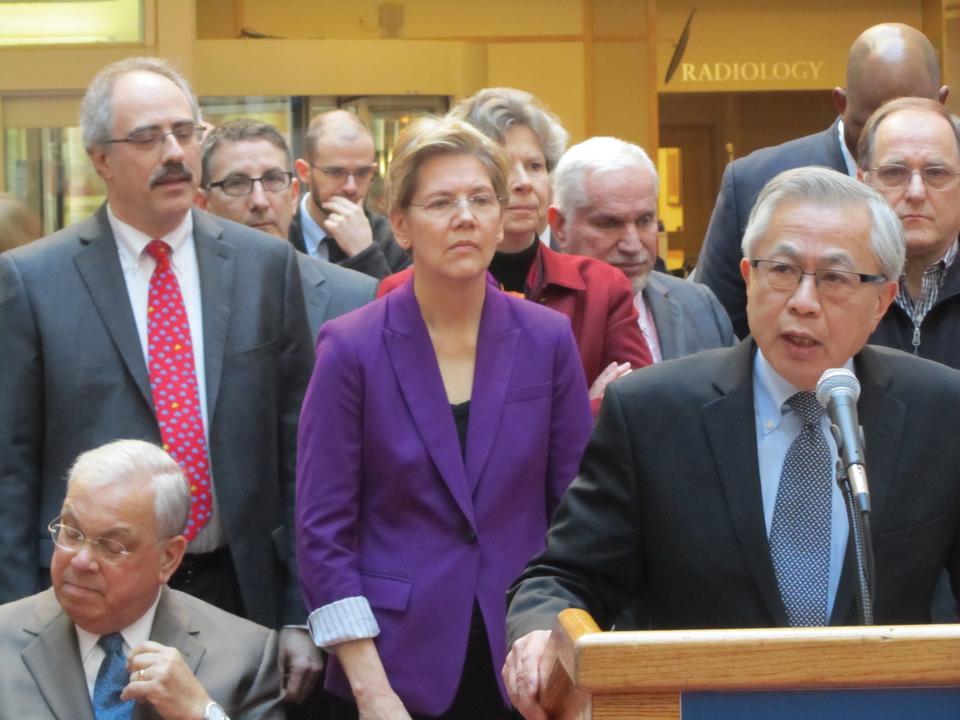 A coalition of influential politicians, scientists, and medical researchers joined forces at a rally Monday to reaffirm the importance of medical research in the face of hundreds of millions of dollars in automatic federal sponsorship cuts which are set to take effect March 1.

Enumerating the developments and cures made possible by federal sponsorship, the leaders warned that a roughly five percent cut to all non-military programs would be devastating to Boston’s hospitals and universities—including Harvard.

Boston Mayor Thomas M. Menino, who convened the rally at Boston Medical Center, called cuts to the National Institutes of Health a “mind-boggling” blow to urgent work. The NIH is the top distributer of federal funding for medical research.

“There are sick people in this country, in this city, right now, literally fighting for their lives,” Menino said. “What keeps these patients fighting is hope. What keeps them living is science, and we can’t let Congress trample on both.”

The rally was the highest-profile effort yet to bring together the region’s top researchers to lay out their case. Speeches from Menino, U.S. Senator Elizabeth Warren, U.S. Representative Michael E. Capuano, as well as researchers from the University of Massachusetts system, Joslin Diabetes Center, BMC, and Harvard Medical School centered on the societal value of health research in creating jobs, curing disease, and preventing death.

In a short speech, Warren warned specifically of slowed innovation, fewer jobs, and rising health care costs if research wanes in the absence of federal support.

“We cannot say to our scientists fold up your work. We cannot say to young scientists, you can’t count on continuing support if you stay in the research field,” said Warren, a former Harvard Law School professor.

“It makes no sense. We can’t build a future this way,” she added.

Harvard Medical School Executive Dean of Research William W. Chin focused his remarks on the threat posed to basic research, which he said lays the groundwork for technological and medical innovation.

Basic research is the bread and butter of Harvard Medical School labs, where more than $250 million in federal grants fueled hundreds of projects during the 2012 fiscal year.

Harvard as a whole received almost $700 million in federal sponsorship for the fiscal year 2012 and could stand to lose millions of dollars earmarked for the current fiscal year and those to come if the sequester is not averted.

Chin said many researchers already worn thin after a decade without growth in funding could be driven away from their work by further cuts.

“The recent period of flat funding...has already put our scientists at risk, basic research at the fringe of knowledge at risk, and hence innovation at risk. Scientists are spending more time writing grant proposals and less in developing new ideas,” Chin said.

“A generation of scientists could be lost in a period of profound funding reduction,” he added.

Capuano, a member of the highly partisan House, said he expects Congress to reach a deal in the near future, but likely not before the March 1 deadline.

Congress already acted once to delay the sequester—a self-imposed across-the-board budget cut to reduce the federal deficit—with a short-term compromise in January.

Because Congress is in recess this week, any potential legislation to address the sequester will not be taken up for debate until next Monday.