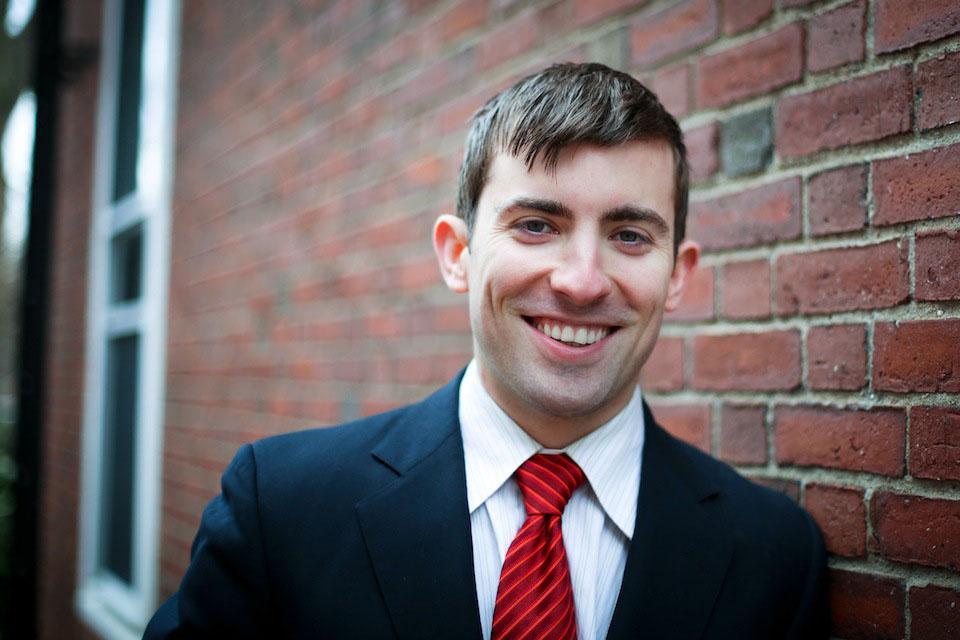 Logan E. Leslie ’16, a 26-year-old freshman living off-campus with his wife and daughter, told The Crimson Monday that he intends to seek a seat on the Cambridge City Council.
By Sonali Y. Salgado, Crimson Staff Writer

Logan E. Leslie, current Harvard freshman and former active-duty Green Beret, told The Crimson Monday that he plans to seek a seat on Cambridge’s City Council. If elected, the 26-year-old, who lives off-campus with his wife and daughter, would be the first Harvard College student on the Council in recent memory.

Leslie said he hopes to represent a student voice on the Council and make an effort to involve students in the Cambridge community.

“There are a lot of young leaders here,” Leslie said. “They’re passionate. It’s a loss for the town not to try to involve them.”

After completing two combat tours in Iraq and one in Afghanistan, Leslie is now studying at Harvard on the GI Bill. He said he considers himself both a Cantabrigian and a university student, adding that he plans to live in Cambridge for the foreseeable future with his wife and daughter.

Leslie has identified three main goals that will form the crux of his political platform: improving safety, bringing “common-sense leadership” to the Council, and strengthening university-community relations. Leslie said he believes there is currently a “disconnect” between the city of Cambridge and its university students, and hopes to introduce programming that would involve university students in the community, such as paid internships in local government or subsidies for summer housing.

Leslie said he hopes students will help bolster him to victory in the fall.

“This is where they live right now. This is their community,” he said of students. “It would be nice to get them registered to have a voice on the City Council.”

Leslie would not be the first university student to seek to represent the student voice.

In 2009, Leland Cheung, who was then completing a dual-degree at the Harvard Kennedy School and the MIT Sloan School of Management, ran for City Council. He won, becoming the first University student and the first Asian-American to sit on the Council.

According to Robert Winters, a local political commentator and an instructor at the Harvard Extension School, Cheung won in 2009 with considerable support from Cambridge’s student population. When he ran for re-election in 2011, however, it was Cambridge’s Asian population that was his loyal voting bloc, Winters said.

Winters said he believes that bringing University students to the polls for City Council elections is difficult because much of what the Council addresses is not directly relevant to students’ lives.

“Most of what they are focusing on is not really going to resonate,” Winters said. “It’s always been a bad calculation to count on too many student votes.”

Leslie expressed a desire to garner votes from the Cambridge community, but also emphasized the importance of the student bloc.

“I would like to impress upon students how important their support is,” Leslie said. “I want to impress the relevance of this; this is the most grassroots level of government.”

An earlier version of this article incorrectly stated that Logan E. Leslie ’16 is a former Marine. In fact, he is a former active-duty Green Beret.

An earlier version of the photo accompanying this article was incorrectly attributed to Crimson photographer Steven A. Soto. In fact, the image was a courtesy photo from Logan E. Leslie ’16.