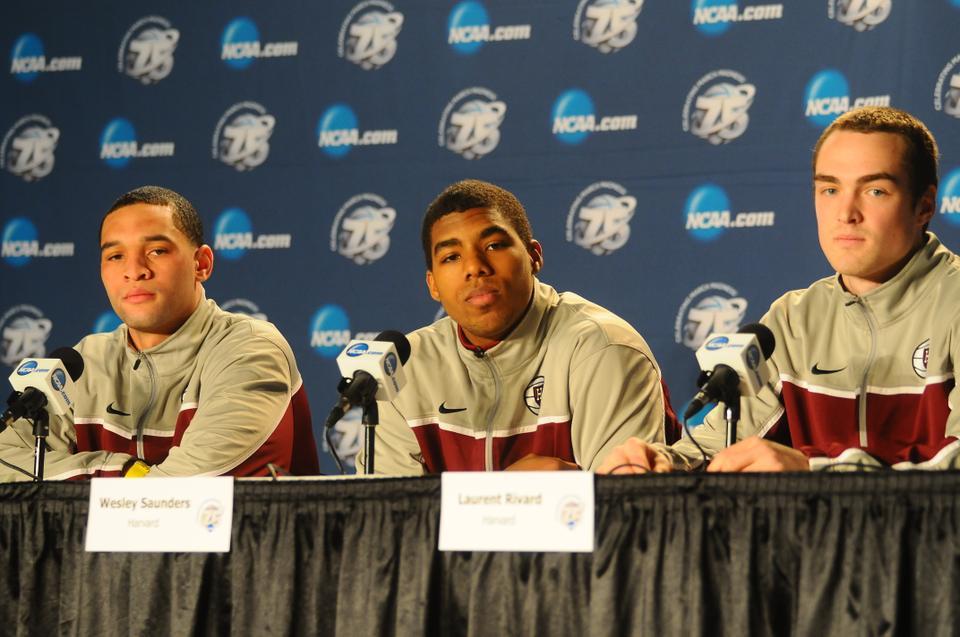 In the latter of two places known for being religious centers, the Harvard men’s basketball team hopes that what has at times felt like a miracle run lives on to see another day.

The game, which will take place at 9:50 ET on TNT, marks an unexpected return to the NCAA tournament for Harvard.

Following the preseason departures of former co-captains Kyle Casey and Brandyn Curry, the Crimson survived a challenging non-conference schedule and won the conference thanks in large part of the emergence of sophomore wing Wesley Saunders—the league’s leading scorer—and freshman point guard Siyani Chambers, the Ivy League Rookie of the Year.

“Anytime you play against a team as well coached as they are, you’ve got a lot of concerns,” said Lobos coach Steve Alford, who played against Harvard’s Tommy Amaker in college. “You have a couple of teams with a little bit of experience [in the tournament], and it’s now about trying to advance further. That’s why it’s a great matchup.”

Keeping the unexpected run going will require the best effort the Crimson has put forward this season. The Lobos finished the regular season ranked No. 1 in the RPI after a year in which it collected a whopping 19 wins against the Top 100, including victories over fellow tournament teams Davidson, Valparaiso, Cincinnati, UNLV, Colorado State, San Diego State, and Boise State.

“I don’t think we’re looking to surprise them,” Saunders said. “We just want to come out and play our game, do the things that have got us to this point all season.”

The Lobos are one of the best defensive teams in the country, ranking 11th in adjusted defensive efficiency. Opponents shot just 39 percent against them, and only two squads made over half their baskets in a game against New Mexico.

But like Harvard, the Lobos have struggled offensively at times, ranking just 172nd in the country with 67.4 points per game. Among tournament participants, New Mexico ranked as the 10th-worst shooting team, while Harvard is the seventh-best. That means that the Crimson could find an advantage if Chambers, junior co-captain Laurent Rivard, and co-captain Christian Webster can get hot behind the arc.

“We’re going to have to contain their dribble penetration,” New Mexico’s Kendall Williams said. “They can shoot the ball really well, and they play at a high level. So we’re going to have to match that. Hopefully we can implement our game plan and our style so we can get them to play our game.”

Rivard had arguably the best performance of his career in last season’s tournament—when he shot six-for-seven from downtown in a 79-70 loss to Vanderbilt—and Webster said that the experience of having been in the Dance before would benefit the team this time around.

“Just being here last year gives us a sense of comfort,” Webster said. “[I’m] not saying we’re going to make every shot or make every right play, but I guess we will have more confidence and feel a little more relaxed.”

One area of emphasis for the Crimson will be interior defense against a team that, like Harvard, gets to the line a great deal. The Lobos start seven-footer Alex Kirk and 6’9” Australian Cameron Bairstow, while Harvard closed the Ivy season with only the 6’8” Kenyatta Smith surrounded by four guards. Kirk, a sophomore, averaged 12.1 points and eight rebounds a game, while Bairstow contributed 9.6 and 5.8, respectively.

“They have great size up front, there is no question,” Amaker said. “We have tried to spread the floor, use our quickness, and being smaller, there are advantages that we have.”

The best player on a balanced New Mexico squad is arguably Williams, the MWC Player of the Year. The junior—likely to draw Saunders defensively—averaged 13.5 points per game and scored a career-high 46 points on 10-of-13 shooting from three against the Rams last month.

Wing Tony Snell contributed 12.4 points during the regular season and won the conference tournament MVP after averaging 19 points over the course of the Lobos three wins.

“We recognize how good this team is,” Amaker said. “This is an outstanding basketball team.... I think when you look at their team you see balance throughout their roster.”

On Thursday night, Amaker’s team is ready to give that squad its best shot.

“Last year we kind of took [the tournament] for granted,” Webster said. “Now we realize it’s not a given that we’re going to get here every year because we’re lucky to be here right now. I think we’re going to take advantage of the opportunity, and I hope that shows on the court.”