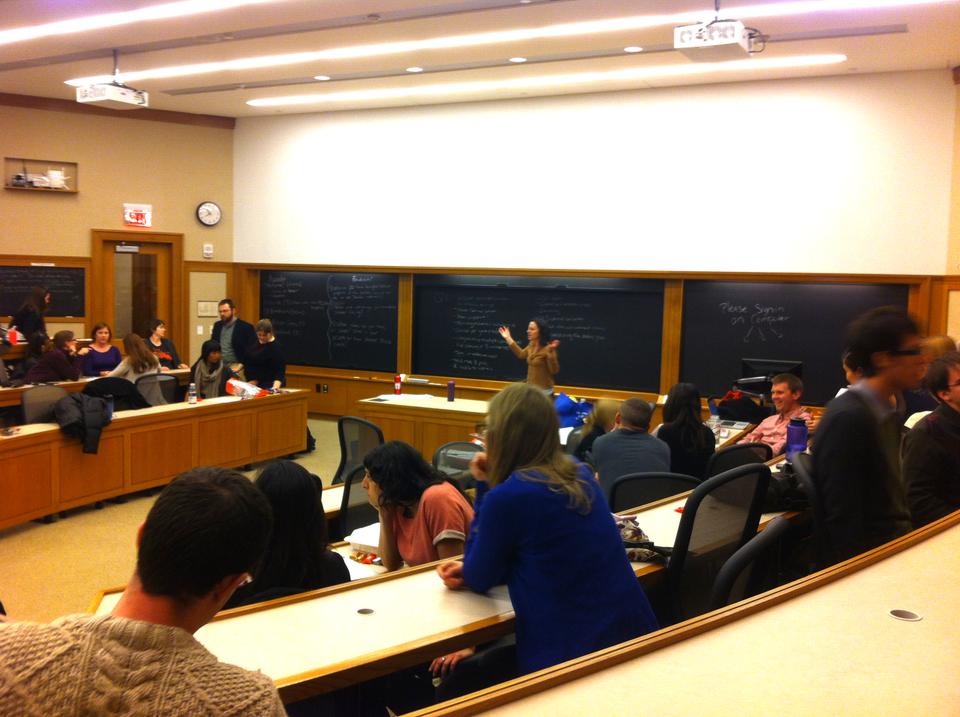 In response to statistics revealing gender skew in Harvard Law School clubs and classrooms, a new coalition called Shatter the Ceiling has drawn hundreds of students together to seek new ways to address the School’s gender disparities.

Over 275 students attended the organization’s kick-off event earlier this month, and a solidarity letter outlining the coalition’s goals has garnered approximately 300 signatures. Signers include Law School professors Robert H. Mnookin and Duncan Kennedy as well as several clubs such as the Democrats, the American Constitution Society, and the Harvard Association for Law and Business.

The primary goal of the coalition is to engage the entire Law School community to question the source of the disparities and find solutions to mitigate them, said Lena M. Silver, a third-year Law School student and the co-chair of Shatter the Ceiling.

In an opinion piece published in the Harvard Law Record, Silver cited several statistics that prompted her to found the coalition. She noted that female faculty members represent less than 20 percent of the 92 current professors and assistant professors listed on the Law School website. She also cited the low number of female staff members at the Harvard Law Review, which spurred a new gender-based affirmative action policy to be implemented at the journal this summer.

“It seems like there are a lot of clubs that have a very large percentage of male leadership, especially in law journals and organizations that lead into academia, which is already a very male dominated field,” Jensen said.

The coalition’s leaders hope to gain access to more data in an attempt to identify the source of the issue. In particular, they want to obtain an update on old numbers cited in a 2004 study on the experiences of women at Law School.

“We feel like we have a right to it, and we will work hard to get it,” Silver said.

At this point in time, coalition leaders have made no concrete demands on administrators because they are still developing their plan, Silver said.

Cosgrove said that she is “delighted” by the group’s establishment and is willing to discuss ways of working together.

“Regardless of whether or not the group exists, it’s something the School is always mindful of and thinks about when we’re making any sort of plans,” Cosgrove said.

Second-year Law School student Jean N. Ripley, the other co-chair of the coalition, said that although the general reaction to the new organization has been positive, it has spurred debate on campus.

“Having backlash is better than being ignored,” she said.