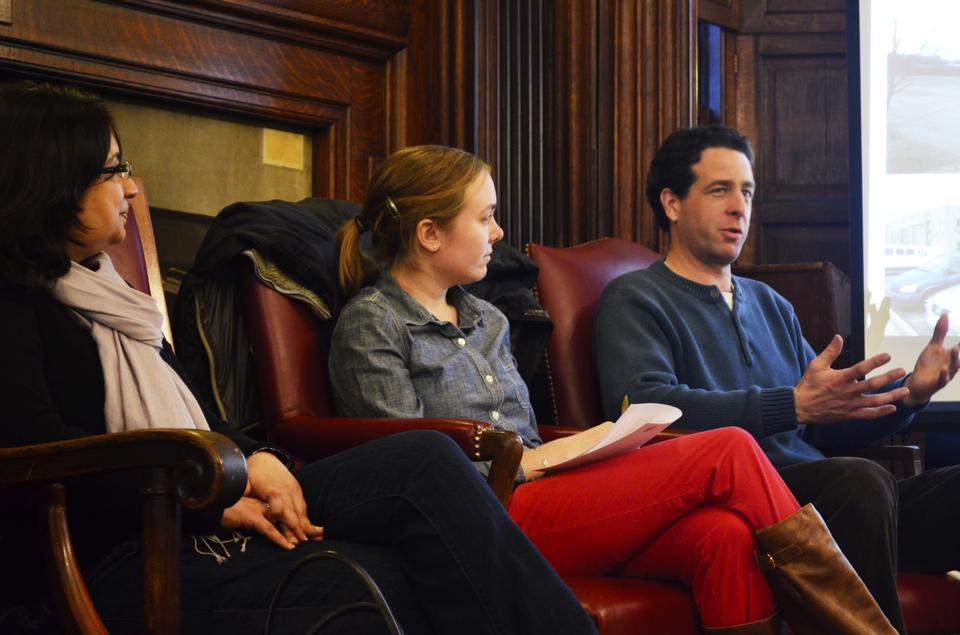 Harvard undergraduates, staff, Allston residents, and members of the broader community gathered at the Phillips Brooks House to discuss Harvard’s role and responsibilities in Allston.

No representatives from the Harvard administration attended the event.

To kick off the discussion, which was dubbed “Parks or Parking Lots?”, Task Force member and Allston resident Brent C. Whelan ’73 recounted the history of the relationship between the University and the neighborhood. He stressed what he perceives as the lack of transparency with which Harvard has extended its land holdings in Allston and said that Harvard has placed little emphasis on community benefits in its development plans.

In 2007, Harvard filed an institutional master plan for Allston development, which included designs for the construction of a $1 billion dollar science complex and the redevelopment of the area surrounding the intersection of Western Avenue and North Harvard Street, known as Barry’s Corner. However, the University halted construction in Allston in 2009 because of financial constraints, a decision that sparked outrage among Allston residents.

In 2012, Harvard announced it would be restarting development in Allston and that it would include Allston community members in its new planning process.

But according to Whelan, between 2010 and 2011, when the planning for Harvard’s development in Allston restarted, the wishes of Allston residents were not considered.

“Absolutely no community representation was allowed into that process,” he said.

Harry E. Mattison, another panelist and Task Force member, pointed to the University’s plan to move campus services to 28 Travis St. as an example of Harvard’s lack of commitment to community interests. The relocation has been extensively debated at recent Task Force meetings. Mattison said that Harvard had promised to place a three-acre park where Barry’s Corner meets the residential community, but that the University is now reneging on that promise.

“You can imagine our dismay to see the Travis Street project be the first project Harvard will complete,” he said.

Panelist Pallavi K. Mande, director of the Charles River Watershed Association’s Blue Cities program, said that Harvard has a responsibility to develop its property in a sustainable way. Mande, whose Blue Cities work includes the design and implementation of green infrastructure projects, described the negative environmental effects of covering large plots of land in asphalt. She said that the Watershed Association has recommended that Harvard replace some asphalt lots with parks.

“[Harvard does] claim to be a university that believes in environmental sustainability,” she said. “It’s just a matter of making sure that the community’s interests are part of these goals.”

Alex L. Chen ’16, a member of SLAM and one of the organizers of the event, said that Mattison approached SLAM in February about creating an opportunity for College and Allston community members to come together. While SLAM focuses primarily on labor issues at Harvard, Chen said the group was happy to coordinate with Mattison.

“It’s just important to be engaged with how the University is interacting with the community,” Chen said.