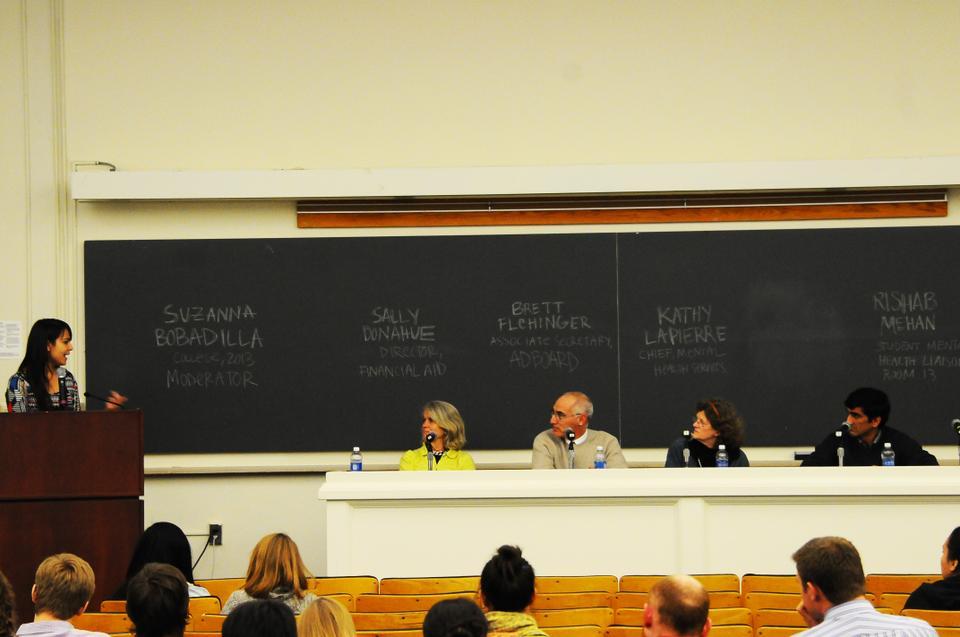 The Undergraduate Council-sponsored event, which attracted more than 60 students and other Harvard affiliates, opened with questions seeking clarification on students’ rights within the mental health system.

Chief of Student Mental Health Services Katherine A. Lapierre assured students that records are confidential and only released to Resident Deans with a student’s written permission, except in cases of hospitalization. She further emphasized that despite rumors, students are never forced to take time off.

“We don’t involuntarily put people on leave,” she insisted. “There is no such thing as a ‘medical leave’ when people go on a leave of absence.”

Associate Secretary of the Administrative Board Brett Flehinger added that it would be illegal for the University to remove a student from campus for mental health reasons.

Lapierre said that although students returning from leaves are required to answer questions related to wellness, the intent is to ensure that students are able to handle the academic load.

During the open question session, one student relayed her friends’ personal experiences with Ad Board pressure.

She questioned whether students feel that they have a choice when Harvard gives a “strong recommendation” to take time off.

Lapierre said University Health Services looks for ways to improve its offerings and referenced several recent changes, including the hiring of new full-time access coordinators who schedule initial appointments, the doubling of outside appointments available to students on the Harvard health plan from 12 to 24 per academic year, and the hiring of additional full-time psychiatrists.

“I’m amazed at the turnout,” she said. “We’re going to find a way to continue this dialogue in an inclusive way. Students should be able to talk about this issue on campus and get answers.”