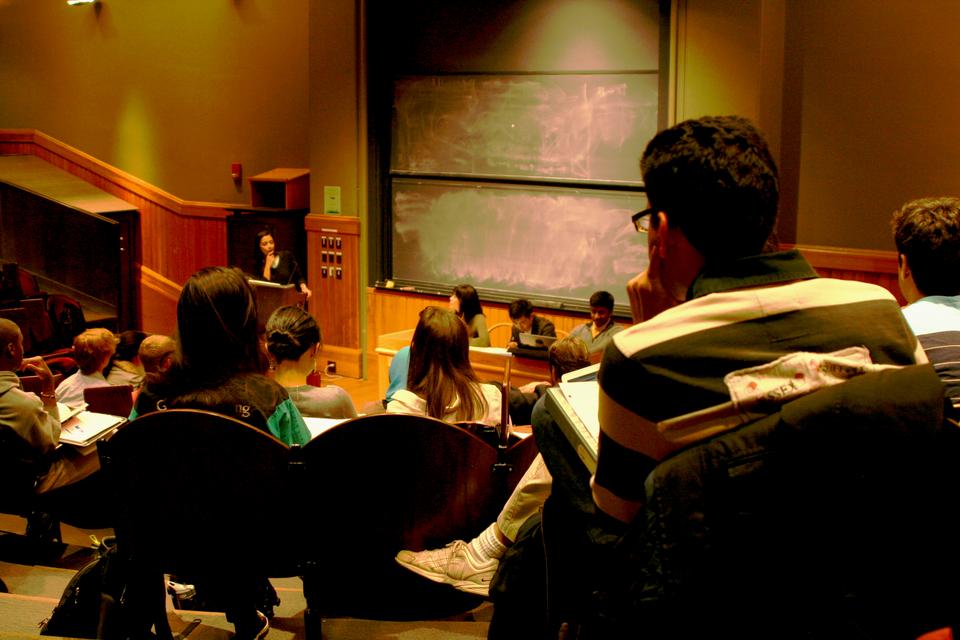 The memorandum, which UC President Tara Raghuveer ’14 said she hopes will be finished by the end of this week, would seek to clarify the University’s policies on the privacy of student college email accounts.

It would also list the authors’ recommendations to the University based on the administration’s policies.

Although the memo will only be concerned with the privacy policy governing student email accounts, it comes in the wake of the early March discovery that Harvard administrators had accessed the email accounts of resident deans in search of a media leak regarding the Government 1310 cheating scandal.

During the meeting, one UC representative raised questions about how allegations that the University searched student organization listservs—which led at least two organizations, including the UC, to cancel River Run festivities—would be addressed in the memo. Interim Associate Dean of Student Life David R. Friedrich denied that the OSL had monitored listservs the following day.

“Will [this memo] be written from the perspective that [the Office of Student Life] is not lying through their teeth?” asked Adams House representative Antone Martinho ’13.

He later stated that it was “clear” that the Office of Student Life had been searching the email lists.

In response, Raghuveer said that it was still unclear whether administrators had accessed student organization lists. Still, she assured representatives that there would be an investigation into list privacy.

“This is not going to be a propaganda piece for the OSL,” Raghuveer said of the memo.

Elm Yard representative Meghamsh Kanuparthy ’16, a co-author of the memo, said students should know exactly who has access to student emails, when they have access, and the specific grounds for email searches.

“We really want to make sure that student rights are clearly defined,” Kanuparthy told The Crimson following the meeting.

The Council also voted in support of extending MBTA hours on Friday and Saturday nights until 2 a.m.

Jackson F. Cashion ’13, a former Adams HoCo Co-Chair who is not on the UC, presented the resolution to the Council, arguing that it was a chance for Boston-area college students to make a serious change to the subway system.

“If we can mobilize somehow the student governments of the quarter-million college students in the Greater Boston Area, this can be our first try at really having an influence on city policies in Boston and across the state,” said Cashion, pointing to similar resolutions already passed at Boston and Northeastern Universities.