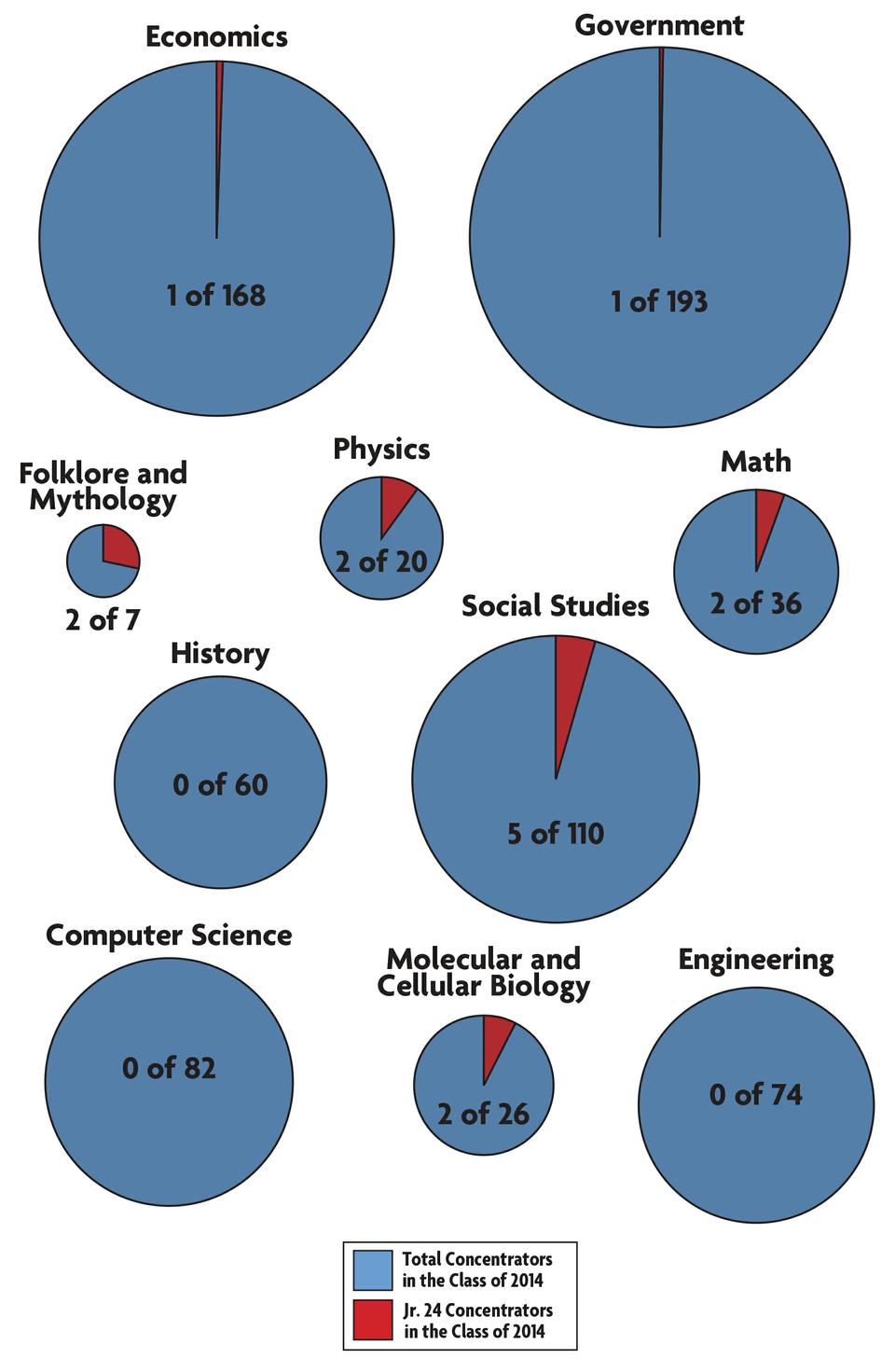 A single suite in Adams House represents one eighth of this year's Phi Beta Kappa “Junior 24.”

Roommates Diana Li ’14, Caitlin M. Ballotta ’14, and Emma Lucken ’14 all had dinner together after they found that they were among the 24 members of the Class of 2014 who were inducted into the Harvard chapter of PBK, the nation’s oldest honor society. The chapter announced the selections Thursday afternoon.

“The Junior 24 are among a highly select group of students recognized for extraordinary academic achievement,” wrote Jeffrey M. Berg, an assistant director at Harvard’s Postgraduate and National Fellowships Office, in an email announcing the selection on behalf of the chapter on Thursday. Students who were selected for the honor were privately notified of their election on Wednesday.

“It’s a great honor and I am very humbled to be joining this organization,” said Roland Yang ’14, a government concentrator who was elected to PBK.

The “Junior 24,” the first members of the current junior class to be elected to the prestigious academic society, are selected based on a number of factors, including GPA, breadth and difficulty of coursework, and two letters of recommendation.

Neurobiology concentrator Justin Mathew ’14 was studying for a math exam in Widener Library when he received the unexpected but welcome email notifying him of his induction.

“I took a couple of minutes to pause,” said Mathew. “I am excited to be part of this group, but I recognize PBK merely reflects the cumulative years of support from teachers, mentors, and friends. There are many people who I know would have deserved this award at least as much as I do, if not more.”

Li, a social studies concentrator, defined her academic career at Harvard as “really challenging, but also really exciting,” and said that she discovered issues that she cares deeply about throughout her time at the College.

“I did not come here knowing what I would want to work on, but...I [then] discovered I have a passion for prisoners’ rights,” said Li, who is writing her senior thesis on prisoner integration.

Naomi R. Genuth ’14 saw the notifying email as she was walking out of class. The subject line of the email was truncated to “Phi Beta Kappa” by her phone.

“I was nervous, and then I saw [the word] congratulations”, said Genuth, who is studying molecular and cellular biology.

“It’s amazing to be one of 24 students selected. It really just blew me away,” Genuth said, crediting the receipt of her award to a strong work ethic and a passion for her studies.

“I think the people who get this [award] are really academically motivated in the sense that we’re all taking classes that we love and that we’re willing to put effort into,” said Genuth. “It’s a pleasant form of recognition for the hard work that we’ve put in, and I think this award will motivate us to continue to put hard work into our courses and enjoy the amazing academic experience we’re getting at Harvard.”

Rainer A. Crosett ’14, a philosophy concentrator in Pforzheimer House

An earlier version of this article incorrectly stated the name of the history and science concentration.