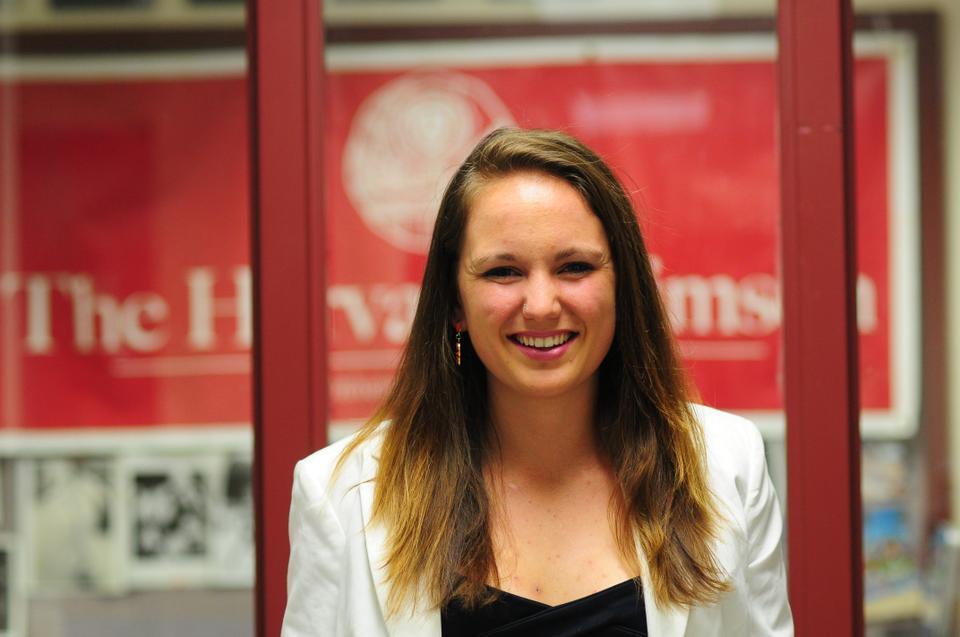 Here’s how the story goes: there was a guy and he wanted swans by the Charles so he asked the ...
By Kathryn C. Reed

Here’s how the story goes: there was a guy and he wanted swans by the Charles so he asked the city and they let him put them there, right by the BU bridge. They were fed and visited regularly until construction started happening, but they didn’t have anywhere else to live. Most people didn’t know they were there, near the train tracks and men in hardhats working 9-5 days. The city tried to move them once, but somehow they always wound up back at the same place. That might not be how the story actually goes. That’s how it was told to me, anyways.

I can’t remember the name of the guy who told it to me, though I know he was a math type or a science type, a senior at BU. We met one day on a run during freshman year. It was still that gentle part of fall, a month before the cold grabs your breath as you inhale, pushing you back inside.

I used to wave to the runners I passed on the Charles, going the other way. It was the product of a small town—nod to everyone, even if you don’t recognize their face. Some gave confused glances, most were lost in the rhythms of their own pace. I stopped waving after mile three, on my first day.

By late September, I had become used to this kind of running: eyes straight, thoughts in another place. I didn’t pay much attention to the people around me, all of us trying to give in to the motions, lost completely, even though we knew the way.

But the math/science guy and I kept passing one another and, after three bridges, a joke had to be made. We talked for eight miles, though neither of us had planned to run for more than three. His bike was in the Square. We waved goodbye at the T.

We’d meet every Wednesday, at Harvard or BU. He was from the city, told me about the swans by the bridge and other places we passed through.

I ran with those stories after that semester, adding others over time. With my own, they make meaning of place. I think about them as I run along the Charles, time marked by bridges along the way.

I avoid Commonwealth Avenue completely, especially when it’s lit. Racing between Smoots to cross the river at MIT, I look for the apartments that were a church before being renovated. My Uncle lived in Central once, at the YMCA, where I pass but don’t go in. He and my dad bought beers at the “packie” on the corner; they walked, though the T was cheaper then. It was two years before I went back to the combination sushi-cellphone store in Chinatown, but I’m glad that we did. All of these places have mostly stayed the same, despite the changing perspective.

They’re not all stories I would choose to remember, though they provide the unconscious narrative to my walks and runs. I carry them with me into the city, and I can’t leave them behind on my return. I’ve gotten used to their company, though this has taken some time to learn.

I kick myself when I go running, scuff a heel on shin. I’m usually sore two days after, no matter the shape I’m in. But I know there is strength in stiff legs, my muscles getting torn down to be built again. Even the shortest runs can leave me aching; the longest are over too soon. I’ve run the same routes for eight semesters—with each, thought, muscle, and perspective are added. There is both newness and familiarity, each time I run through.

I guess that’s how stories and running work. At times uncomfortable, they can hurt like hell. But the route makes changes of its own, giving a kind of strength, and taking some as well. It leaves its marks, sure, but makes the next pain a little easier than the last.

I hadn’t been running by the river this spring—at least, not in the same direction as before. It had seemed time for new paths and stories, after three years of the same old turns. Still, I found myself along the Charles one day, returning to Harvard as I had many times before. Passing by BU, I tried to count the swans. They were dirty, among the construction. I counted 24.

I can’t remember the name of the boy. He couldn’t remember all of the facts. The story’s details matter less anyway. For me, they are only context. But it’s funny what we remember, what doesn’t come to mind so well, what we share, and what we keep to ourselves.

These stories are impermanent. We fit them into an inconstant landscape, while they themselves are bound to change. Legs become stronger and we forget where our scars were made. But the runs and the stories are what ground us, even when they remove us—temporarily—from a place. Blisters, callouses, narratives are what others see; what matters to us is our experience along the way.

Kathryn C. Reed ’13, a former Magazine chair, is a Sociology Concentrator in Adams House. She has only seen Schoolhouse Rock’s “Conjunction Junction” once; didn’t get the point.