Boston Calling Returns with a Vengeance 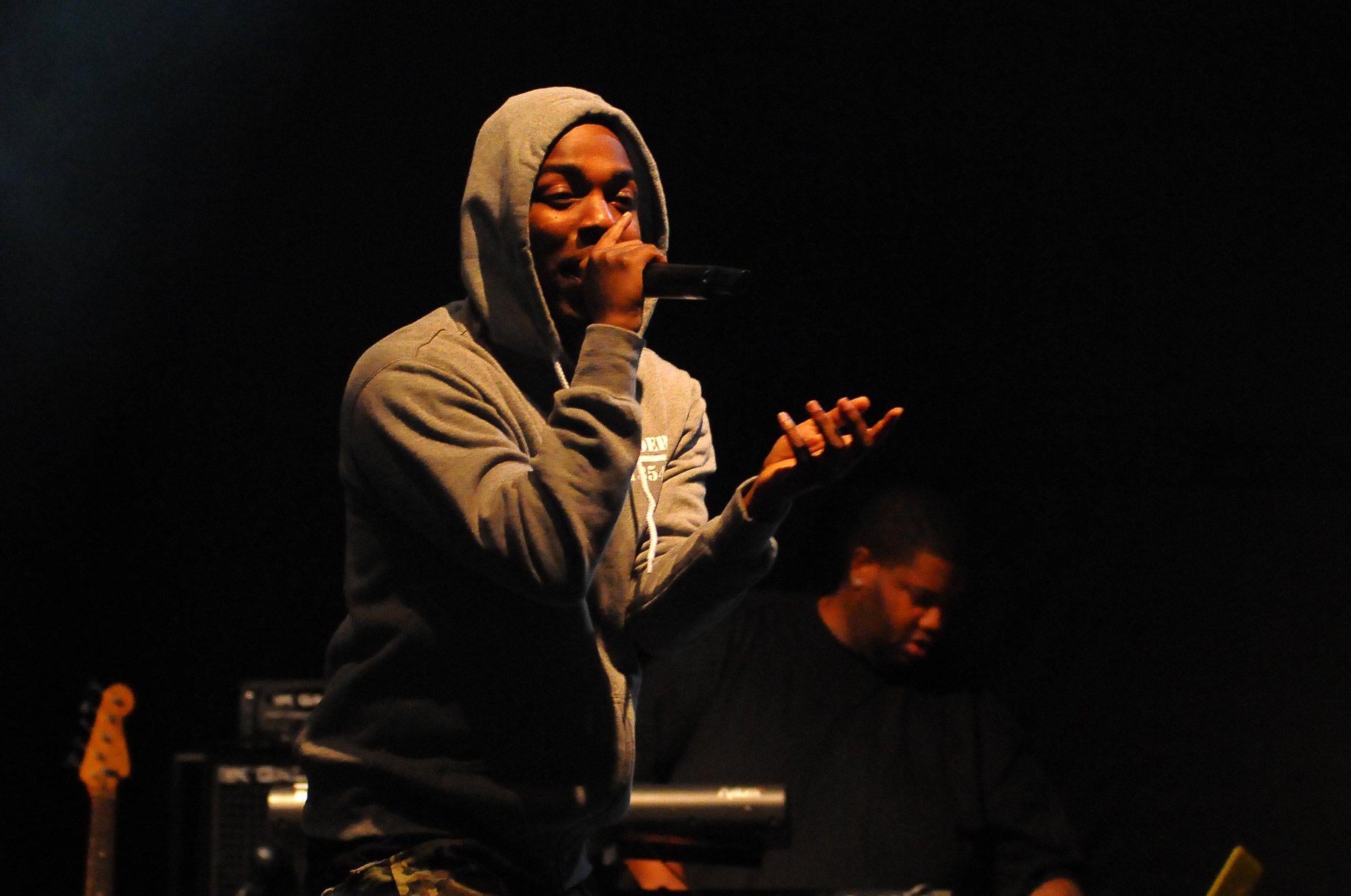 Kendrick Lamar keeps the crowd energetic even after sunset on the second day of the Festival. By Muhammad H Tahir
By Will Holub-Moorman, Crimson Staff Writer

Saturday brought beards, and Sunday brought Boston Strong tank tops. This past weekend’s Boston Calling music festival drew a diverse crowd to City Hall Plaza to see acts ranging in genre from folk to trap, continuing the success its earlier incarnation had in May. Setting aside less important things, like problem sets and readings, a friend and I hopped on the Red Line on Saturday and Sunday in order to spend several hours listening to what Boston Calling had to offer.

A major difference this time around was the organizers’ decision to group similar artists by day: Sunday’s lineup was largely synthy and danceable, while Saturday’s was more guitar-heavy and subdued. This was a fantastic choice. There’s something to be said for variety, but there’s a lot more to be said for not making people sit through music they don't like.

We arrived midway through the Airborne Toxic Event’s set, and fortunately, it was all uphill from there. The California quintet has produced very few songs worth performing—but even if its songwriting abilities improved, its sonically muddled and clichéd live show wouldn’t do those songs any favors.

Mercifully, it soon came time for Natasha Khan, a.k.a. Bat for Lashes, to take the stage on the opposite end of the plaza. Khan waltzed onstage in typically ornate garb—seeing her ankle-length, rainbow skirt firsthand was almost worth the price of admission—and put on what might have been the best show of the day, blending stunningly powerful vocals and palpitation-inducing drums into a fantastic performance. Highlights of the set were a relentless rendition of “What’s A Girl To Do” from 2007’s “Fur and Gold,” as well as the emotional piano ballad “Laura,” off this year’s “The Haunted Man.”

As Bat For Lashes’ set ended, we rushed over to join the quickly forming sea of flannel gathering in anticipation of Local Natives. Following a surprise introduction by Mayor Thomas M. Menino, the Los Angeles quartet launched into a superb set. No one would ever call their studio recordings “ferocious,” but that’s exactly what their performance was on Saturday. Vocalist Kelcey Ayer provided extra rhythmic force by beating on a second set of drums throughout the set, which ranged from a gritty cover of the Talking Heads’ “Warning Sign” to the extended version of the band’s first single, “Sun Hands,” that closed the set.

We half-listened to the penultimate band of the night, New Jersey’s the Gaslight Anthem. By this point, most of the festival’s crowd wasn’t watching the Gaslight Anthem. Instead, they had migrated across the plaza in order to get as close to the stage as possible for Vampire Weekend, due to take the stage in an hour. Considering that the Gaslight Anthem’s generic brand of heartland punk sounds the same at 500 feet away as it does it 50, the fans had the right idea.

Ezra Koenig and crew were well worth the wait. Vampire Weekend’s set was a constant stream of highlights: Koenig’s fleeting but furious guitar solos during “Cousins,” the crowd frenetically belting out “Nobody knows what your future holds / And it’s bad enough just getting old” at the end of opener “Diane Young,” and the grooving, fragmented melodies of “Diplomat’s Son.” Vampire Weekend also catered to the local crowd with two Massachusetts-themed songs: the early B-side “Ladies of Cambridge” and their final song of the night, “Walcott.” I had wanted to hear “Walcott” performed live for a long time, and it exceeded every expectation: Rostam Batmanglij’s rapid-fire keyboard part slowly unfolded into a torrential climax that sent everyone in the audience home both thrilled and exhausted.

Just like on Saturday, Sunday’s high point came early in the day, with a magnificent set by the Australian electronic musician Flume, who captivated the crowd with a nonstop stream of woozy, deconstructed head-nodders. Flume was also the one musician to pair his music with an interesting visual show: as his soulful songs were filtered through the speakers at insane volumes, the audience was treated to images of televisions and cars exploding, as well as short loops of pop videos.

After a solid performance by Solange, who trotted out her now-old-but-still-fantastic cover of the Dirty Projectors’ “Stillness is the Move,” the glorified house party DJs Flosstradamus took the stage. The duo’s set might have been tolerable if they hadn’t stopped the music so frequently to interject comments like “Where my fucking twerk team at today?” and “Fuck Miley Cyrus, y’all know who run this twerk shit!”

The technically skilled and, more importantly, completely silent house DJ Wolfgang Gartner came as a welcome respite following Flosstradamus. The Californian mixed Daft Punk-inspired synths into a build-it-up-and-drop-the-bass pattern that’s been done before, but rarely with such precision. Following Gartner’s set, I made the decision to stay at that stage to be up front for Kendrick Lamar, meaning I had to listen to an almost absurdly energetic performance by dancehall sensations Major Lazer from a great distance.

But it was worth it. Kendrick Lamar’s technical skill is something to behold in person, best exhibited at the festival by his precise and passionate performance of “I Am (Interlude)” from his 2009 self-titled EP. To be fair, though, Kendrick’s showmanship skills could still use a little fine-tuning; for example, he needs to come up with a different method for hyping up the crowd than the elementary school assembly-esque “Which side of the audience is louder?” he used 10 times throughout the course of his hour-long set.

Passion Pit made a lot of very cold tank top-wearers wait for their performance, which turned out to be a slight disappointment after Vampire Weekend’s magnificence in the same slot the night before. Live, the Cambridge natives seemed to lack the rhythmic precision that makes their studio recordings so catchy. However, it was still an enjoyable performance, albeit one that probably would have been even more fun in a much smaller venue.

As it continues to gain a reputation as a well-organized music festival, Boston Calling will only get better, with its third installment presumably coming next May. You might want to wait to buy those plane tickets home.