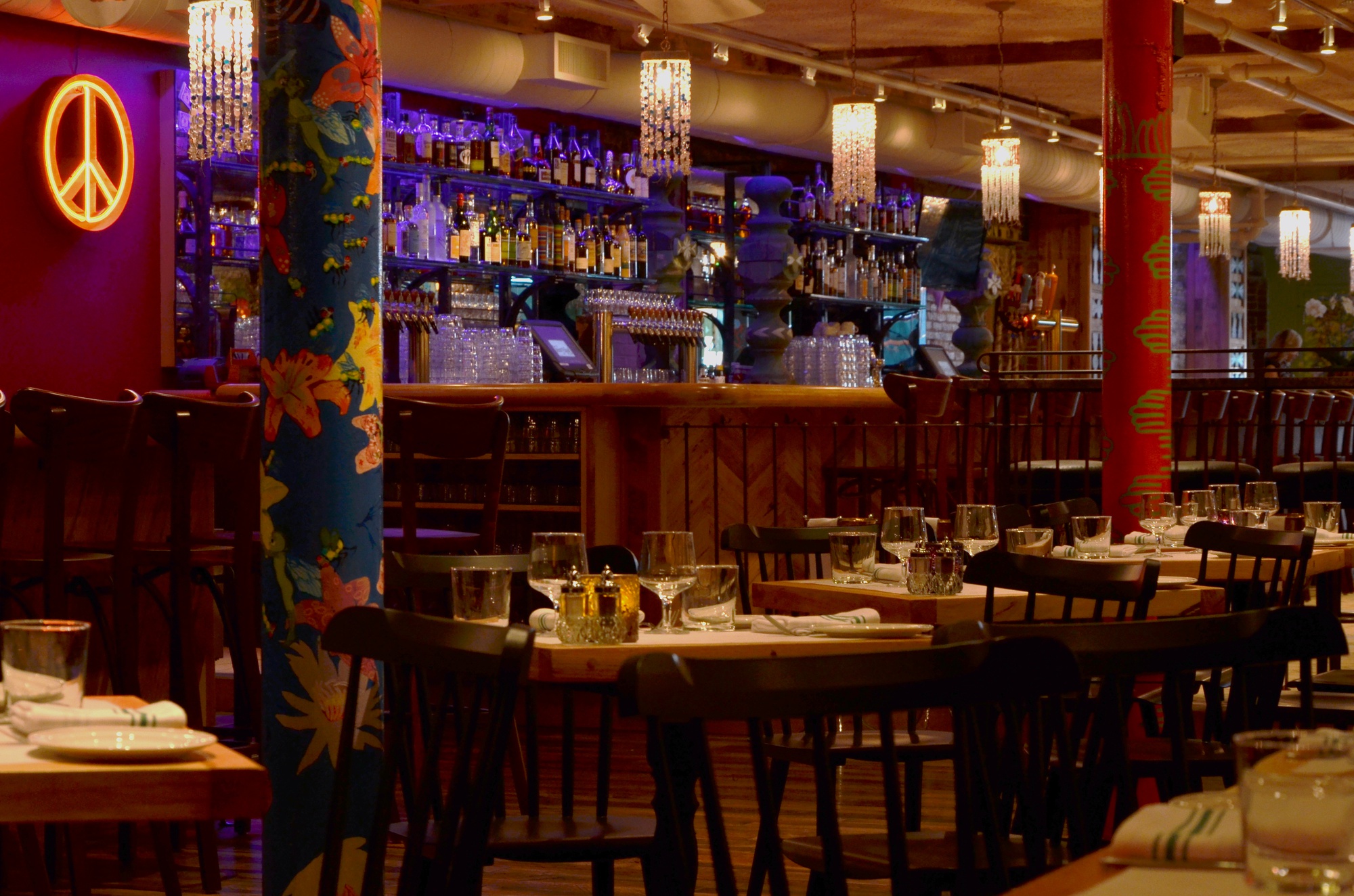 Drawing inspiration from the Parisian hotel where the Beat poetry movement originated, the recently opened Beat Hotel is a restaurant with a unique interior design that gives the space its own character. Beat Hotel is located on Brattle Street beneath the Gap where it used to be the old Tannery.
Advertisement
Advertisement

I first entered the Beat Hotel not long after it opened under the Gap store on Brattle St. a week earlier. I had just gotten over another day of classes that I won’t get into here, except that it had something to do with moral justification and my feeling that Kant’s duty-based ethics were doomed to kill more people in Russia. I hoped that the coming of the Beat Hotel would begin a new part of my life that I could name my first book after. Before that, I’d often dreamed of breaking out from the Harvard bubble, always vaguely planning and never taking off.

For those who haven’t read Jack Kerouac’s “On the Road,” I should mention that it is the revered manifesto of the Beat generation and San Fransisco Renaissance, and the inspiration for the Beat Hotel (and the above paragraph).

The original Beat Hotel of 1950s Paris once hosted the leading figures of the Beat movement, and I was under the impression that my night at the Beat Hotel of Harvard Square would transport me to that filthy hotel that had attracted poets because of its affordability. For better or worse, this one would be slightly cleaner and more decent. The Beat Hotel at Brattle, however, did not resonate with bohemia. Instead, it instantiated a rather severe identity crisis. The neon orange peace sign by the bar and the industrial pipe system on the roof were engaged in silent battle.

I exchanged glances with my fellow beatniks, who seemed to be in disguise for the night. They were not Burroughs/elegant, or Kerouac/bohemian. They looked 35 and regular. I chose to believe that they concealed their soul-searching business under the pretense of exuberant chatter attributed to regular folk.

The stage was conveniently located at the far end of the rectangular room to maximize table space. It was clear that music would be a side-act, a way to neutralize the awkward silences during conversation and justify the prices. I took my seat near the stage under the gazing eyes of a surrealist Giacometti-like sculpture that resembled a pregnant woman saddled on a branch, melting under the sun. The server approached the table with a warm smile, and introduced himself courteously. The menu featured new takes on popular items from world cuisine: The $39 Natural Aged Rib Eye was the highest priced meal, while the “Simple Salad” was only $9. The tuna spring rolls were sliced as club sandwiches, BBQ ribs tamed with a smooth and subtle sauce. My stomach enjoyed the unexpected input of delicious food as I fantasized about offering my doodles on the paper mat as payment.

The buzz of the restaurant did not subside when the music director took the stage to introduce Lamine Touré, a Senegalese Afrobeat singer: “Are you guys okay? I hope you are.” I looked around. Apart from the onset of late adulthood, the crowd seemed to be doing fine, sipping their champagne and engaging in conversation.

Lamine Touré and his band did not give us much harmonic motion, but they surely played some Afrobeat. By the end of the third medley, Lamine hit his drums more rigorously and after he obtained our attention, he said, “Say Wow-wow! It means ‘Good job!” So we said, “Wow-wow.”

The night carried on, and so did Lamine’s medleys. I stopped rummaging for a historical or thematic connection to the Beat culture of Burroughs, Ginsberg, and Kerouac, and acknowledged the contrived nature of allusions of this sort. It was time to cut out.