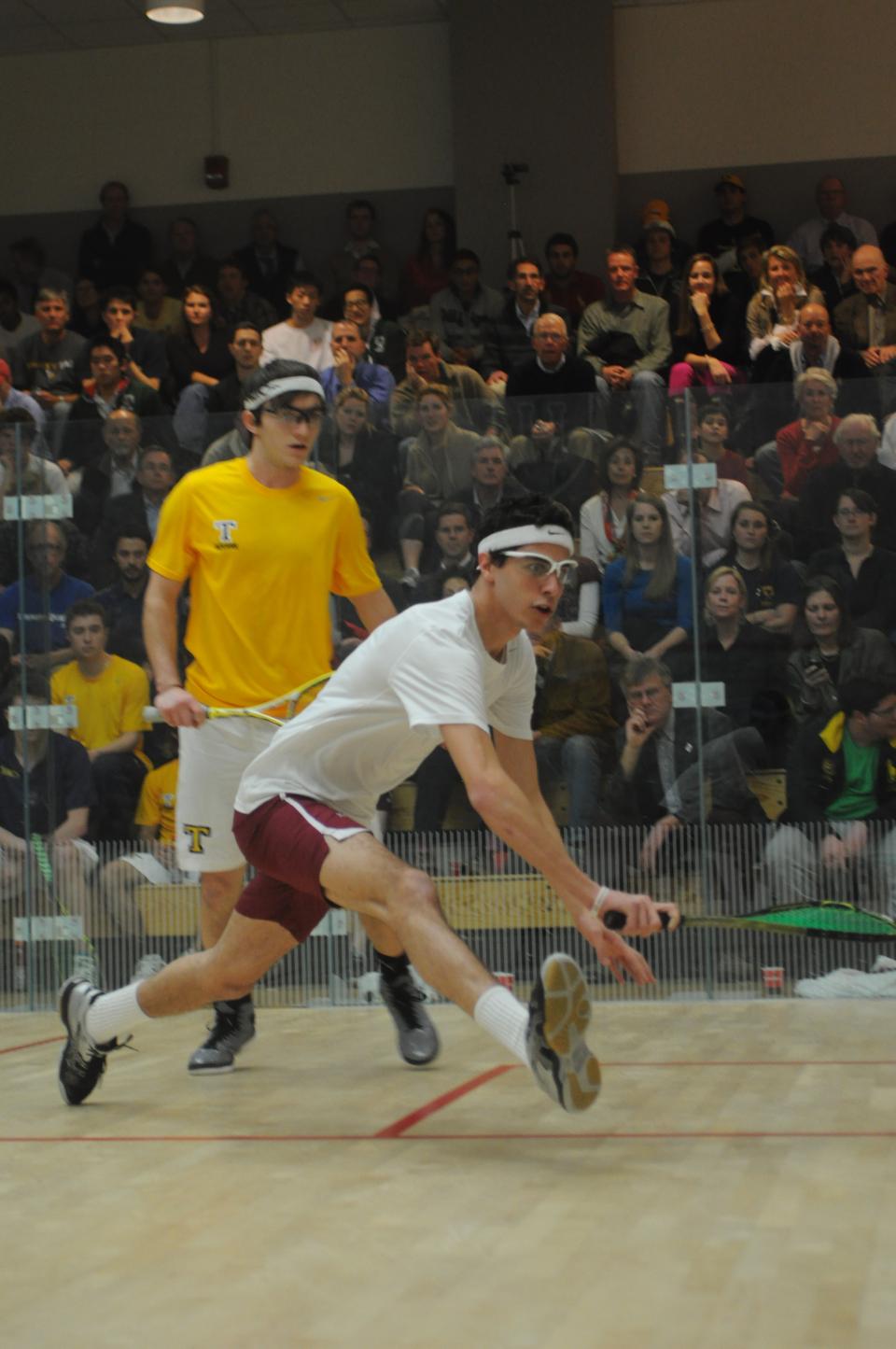 Another year, another shutout. For the third consecutive year, the Harvard men’s squash team blanked conference foe Penn on the courts.  The No. 2 ranked Crimson (7-0, 3-0 Ivy) allowed No. 13 Penn (4-1, 1-1 Ivy) just one game in the entire contest, taking the win, 9-0, at the Murr Center.

Besides remaining undefeated, Harvard has yet to lose a single individual match this season, making this one of the longest shutout streaks for the program in recent history.

“It was a big win for us,” captain Gary Power said. “But it was also exactly what we expected from ourselves today.”

Penn had not won a match in a contest with the Crimson since 2011, and today’s competition did not mark an end to the drought for the Quakers. Harvard continued its momentum from Saturday’s win over seventh-ranked Princeton, sweeping Penn in straight sets in eight of the nine matches.

“I think we all played pretty well, especially since we come off such tough competition yesterday,” freshman Bryan Koh said. “It was the kind of match where we all had to keep our focus and not be overconfident.”

Senior Ali Farag, the 2012 CSA national champion, got the Crimson off to a strong start while playing in the first position, winning in straight sets against the Quakers’ Liam Quinn.  After winning only one point in the first game, Quinn bounced back in the second two sets to add 11 more points.  But his newfound momentum was not enough, as Farag outmaneuvered Quinn, 11-1, 11-5, 11-6, to kick off the scoring for Harvard.

The Crimson’s rookies had an especially strong showing, as both of the team’s freshmen notched straight set victories for Harvard.  Dylan Murray, playing at the third position, handily defeated Penn’s August Frank, 11-7, 11-4, 11-7, while Koh fought through a tough second game, 14-12, to register the win.

“Bryan and Dylan both came in and won some tough matches,” Power said. “The young players have been playing very well this year, which is always a good thing.”

The eighth and ninth seeds for Harvard also picked up key wins, as senior Tom Mullaney and junior Tyler Olson blanked their opponents 3-0 to round out the shutout.  Both Mullaney and Olson improved their records to 6-0.

George Lemmon provided Penn’s only highlight, winning a game before ultimately losing to Crimson sophomore Nick Hopcroft.  After losing the first two games, 11-8, 11-8, Lemmon managed to turn the tables, claiming the third set in identical fashion, 8-11.  But he was unable to keep this momentum going as Hopcroft took the final set, 11-4. This win marked Hopcroft’s sixth of the season.

Harvard senior Brandon McLaughlin had the most decisive win of the day, sweeping his opponent, Tyler Odell, in straight sets to win at the second position for the Crimson.  McLaughlin allowed Odell only 6 points in the match, a team low for the day.  With the victory, McLaughlin improved his season record to 4-0.

“Brandon’s been playing absolutely incredible,” Power said. “Yesterday, he beat one of Princeton’s top players, a guy who was first team All-American and sixth ranked nationally last year, for the first time ever. Today was really just him repeating a good performance.”

With two key conference wins this weekend, the Crimson will look to keep this momentum in the coming weeks.  Harvard will return to action January 25th at the Murr Center when the squad goes head to head with St. Lawrence, Rochester and Toronto.

“Now it’s just a matter of us keeping our fitness up and focusing on every match,” Bryan Koh said. “Obviously, the goal is to win, and I think that we are in a position where we can absolutely do that.”

—Staff writer Jillian Dukes can be reached at jilliandukes1@gmail.com.