For First Time, A Black Woman Will Lead Lampoon 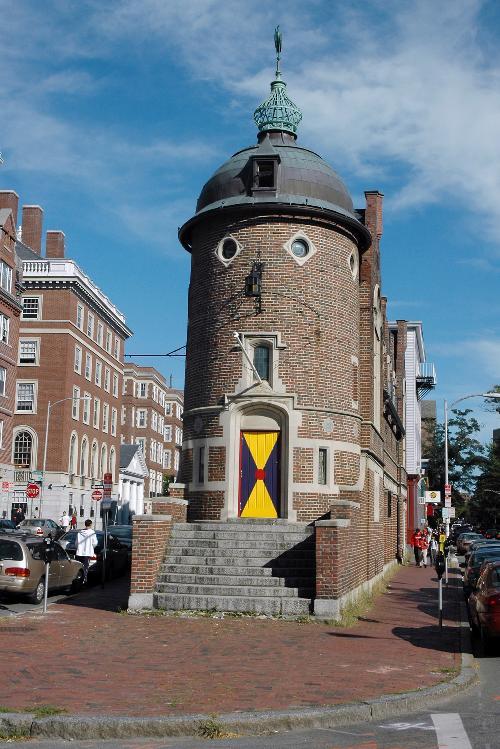 For the first time, a black woman will become president of the Harvard Lampoon, a semi-secret Sorrento Square social organization that used to occasionally publish a so-called humor magazine.

Alexis C. Wilkinson ’15, a Leverett House economics concentrator, will lead the organization in the coming spring and fall semesters. With Eleanor H. Parker ’15 soon taking on the role of vice president, or Ibis, the Lampoon will also have women as the organization’s two highest-ranking leaders for the first time in its nearly 140-year history.

In a phone interview Sunday, Wilkinson said that she hopes her election will send a message that the Lampoon is making progress in staff diversity.

“I want to send the message that there’s obviously still a lot of work to be done as far as diversifying staff and making sure that all organizations are open to all people who want to be a part of them,” Wilkinson said. “But things are changing for the better.... If this election can be symbolizing, that’s what I hope it’s a symbol of—that there is progress, and that behind the walls of the castle, things are changing, and it’s in a good way.”

Parker, who as vice president will serve as the organization’s head writer, said that she and Wilkinson are both “very excited to be at the helm” of the Lampoon.

Parker also said that she hopes that having two women leading the Lampoon will encourage other women who might be interested in becoming a part of the organization.

“My hope is that having two women in the leadership positions will help lower any sort of barrier to the confidence of women considering [joining]..., and I think that when compers can see themselves in the leadership of an organization, that makes applying more attractive,” said Parker, an Eliot House resident, who was accepted onto the Lampoon’s staff during her sophomore fall.

With tongue in cheek, Parker said she sees the Lampoon becoming more of a “feelings place” with her and Wilkinson in charge.

“I would definitely hope that it alerts people who did not know that there are women on the Lampoon, that there are,” added Wilkinson, who joined the Lampoon’s staff during her freshman spring. “I wasn’t aware that there are certain people who don’t believe that we exist, but we do, and we are just as much a part of the organization as anyone else.”

Wilkinson’s election has caught the attention of the national media. Wilkinson was profiled in New York Magazine in January, and both she and Parker were interviewed by NPR’s Michel Martin about their election and about women and diversity in comedy more generally.

When asked what she most looks forward to about the Lampoon presidency, Wilkinson named the “presidential wardrobe” that apparently comes with the office—“I can’t wait to inherit all those sweaters,” she said, chiding outgoing president Eric R. Brewster ’14 for his choice of clothing. As for the Lampoon’s upcoming projects, Wilkinson added that there are “a lot of cool things in the works,” though she declined to go into more detail.

“There’s a lot of cool stuff that’s going to be happening, and I’m just looking forward to spearheading it and letting it happen, and seeing how people react to it,” Wilkinson said.

When asked for his thoughts on what Wilkinson and Parker will bring to the organization in the upcoming year, outgoing president Brewster merely quoted Abraham Lincoln’s Gettysburg Address: “We’re engaged in a great civil war, testing whether that nation or any nation so conceived and so dedicated, can long endure. And then we’re met on that great battlefield of that war.”