35 Years After It Was Stolen, Authorities Return Chinese Vessel to Fogg 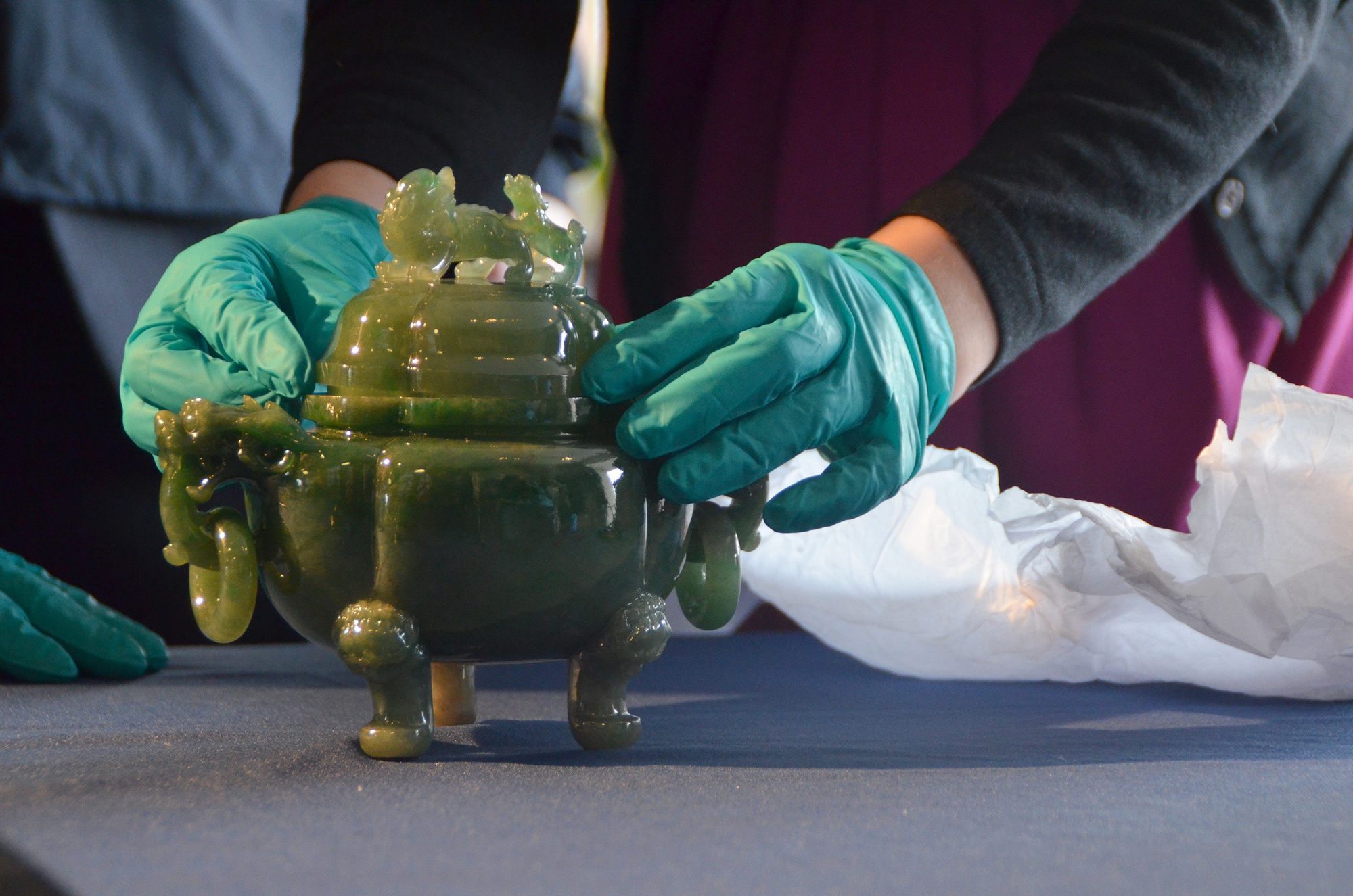 A Qing-dynasty green jade censer, worth an estimated $1.5 million, has been returned to the University after it had been stolen for more than 30 years. The artifact’s return was successful joint effort by US and foreign law enforcement.
By Theodore R. Delwiche, Crimson Staff Writer

Nearly 35 years after it went missing, an 18th-century Qing Dynasty jade vessel will once again be on exhibit at the Fogg Museum after popping up at a Hong Kong auction site. On Tuesday, Jan. 21, representatives from Harvard Art Museums held a ceremony welcoming back the missing artifact, which is now worth an estimated $1.5 million.

The censer, an approximately half-foot tall jade vessel for burning incense, was donated by Ernest B. Dane, Class of 1892, and his wife Helen P. Dane to the Fogg Museum in 1942. Harvard first realized that it was missing Nov. 26, 1979.

Harvard Art Museums officials contacted law enforcement soon after the piece went missing and posted notices in several newsletters and databases dedicated to reporting stolen artworks, according to a statement released by U.S. Homeland Security Investigations and the Massachusetts District of the U.S. Attorney’s Office Monday.

In 2009, a branch of Sotheby’s auction house in Hong Kong realized that a censer it had received from a private seller was listed in the Art Loss Register, a lost art database. After determining that censer matched the descriptions in the database for the censer stolen from the Fogg Museum, Sotheby’s notified U.S. law enforcement.

On Sep. 25, 2013, the Department of Justice, after receiving input from Homeland Security Investigations and the United States Attorney’s Office, granted Harvard’s civil forfeiture complaint for the censer to be returned.

“The censer rejoins our permanent collections just before we open the doors to our newly renovated, state-of-the-art facility this fall, when it will be accessible once again to students, faculty, and scholars.” Director of Harvard Art Museums Thomas W. Lentz said in the press release.

“HSI will continue to investigate cases involving stolen art and cultural property from around the world and return the objects to their rightful owners,” Bruce Foucart,the Homeland Security agent in charge of the case, said in the press release.

—Staff writer Theodore R. Delwiche can be reached at tdelwiche@college.harvard.edu.