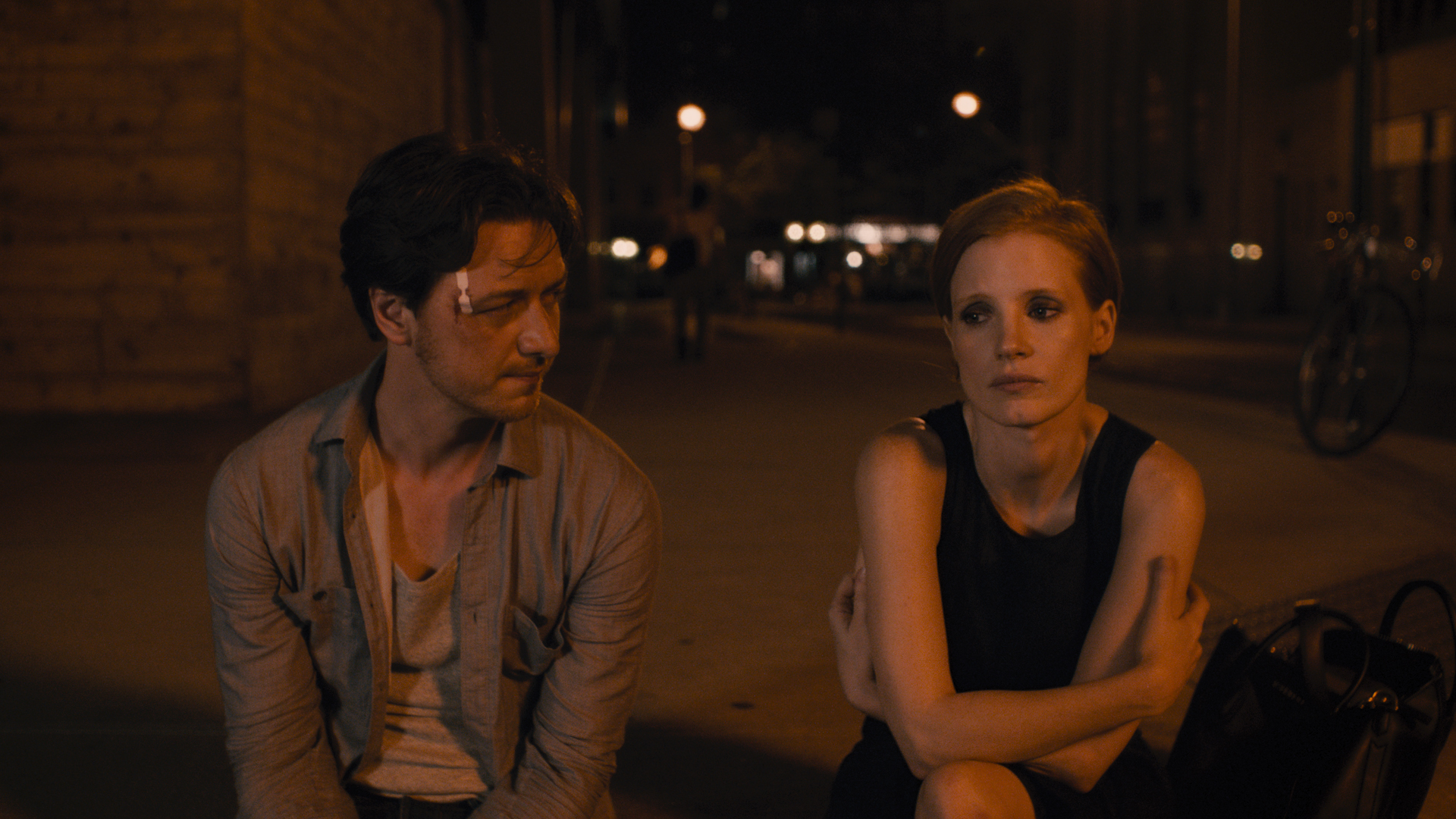 Any illusions of conventional romance conjured up by its theatrical trailer are promptly shattered by the dramatic two-minute continuous opening shot of “The Disappearance of Eleanor Rigby.” An exquisite yet simple long take follows the titular character (played by Jessica Chastain) as she bicycles to the apex of a low bridge. From an angle that highlights the grief and pallor of the character's face, the camera swings around to settle on a close-up of the back of Rigby's head. The angle of the shot keeps the focus of the viewer on Rigby herself—until she suddenly walks out of the frame. The viewer is left to simply listen as she climbs the clinking fence and jumps off the bridge as a bystander exclaims and runs toward her. The entire sequence screams, “This is not just a love story.” But what kind of story is it?

Part of the film’s character comes from its own structure, which casts it as an exploration of grief from different viewpoints. “The Disappearance of Eleanor Rigby” is actually a series composed of three discrete films: “Her,” “Him,” and “Them.” (This review deals with only the first two films; “Them” premiered last month.) Each tells, from a different character’s perspective, the same story: the relationship, estrangement, and struggles of a young couple. Essentially, each plot follows the story of Eleanor Rigby and Conor Ludlow (James McAvoy) as they each try to process a personal tragedy, searching for catharsis and a semblance of their normal lives. Rigby, played by a restrained yet internally volatile Chastain, has run away from her marriage. Her jump from the bridge is not so much a suicide attempt as a cry for help. She returns to her childhood home, begins taking university courses again, and tries to regain her sense of purpose. Repeatedly appearing in her narrative is her husband, Conor. His story, though represented in “Her”, only begins to make sense in “Him”, which screens directly after Rigby’s story. For Conor, the story is a recovery not just from his own share of tragedy but from the distance that depression creates between him and his wife. In addition, he struggles to manage his restaurant bar in New York City independently from his father, who is a successful restaurant owner.

Director Ned Benson employs a variety of techniques to convey the uniqueness of each narrative. The clearest difference is in the color palette of each film. “Her,” though filled with moments of doubt and anguish, has very warm cinematography, while “Him” is much cooler in color tone. Benson’s more subtle method of differentiation, however, is more striking: each film has slight variations in the script. For example, in Eleanor’s version of events, she walks to the subway in a dark-colored outfit, pausing at one point to look back over her shoulder at graffiti, as if she feels someone watching her. The sequence is accompanied by pensive yet light music (scored by the musical artist Son Lux). In Conor’s version, however, he watches her walk past in a green dress while smoking a cigarette, not pausing a single moment before descending the subway stairs. The music is much tenser and more anxious. These kinds of small moments do not seem to dictate what actually occurred so much as they suggest the subjectivity of experience and make the viewer think about each character’s motivations and perceptions.

Chastain and McAvoy have a very particular kind of chemistry, pleasantly complicated by the intertwining of romance and confrontation. Chastain’s performance as Eleanor is not ground-breaking, but it is fully realized. Perhaps the finest moments come when Chastain demonstrates the ultimate volatility of grief—at times, Eleanor’s demeanor hints at an instability hidden beneath a veneer of calm. McAvoy’s performance shines best when in conversation with Chastain. At one point, when Conor and Eleanor are discussing an instance of infidelity, he becomes incredibly anguished over Eleanor’s lack of response. He implores her to scream at him, begging her in a pained voice: “You’re supposed to say this.” This emotionally strained Conor often feels absent in moments of solitude.

The truly notable aspects of this film, however, are not in performance but in storytelling. Benson is fond of using very long takes just for the sake of getting into the rhythm of each character’s existence—there are hardly any jump cuts used. At times, his shots feel unnecessarily long, but this might just be in comparison with popular movie editing, which is aimed at effect rather than realism. This difference is ultimately the film’s attraction: it is not another neatly packaged dramatic romance. It is, however, a unique and artistically minded exploration of grief, loss, and personal growth that acknowledges the variant versions of what might seem to be a single narrative.

—Contributing writer Bridget R. Irvine can be reached at bridgetirvine@college.harvard.edu.