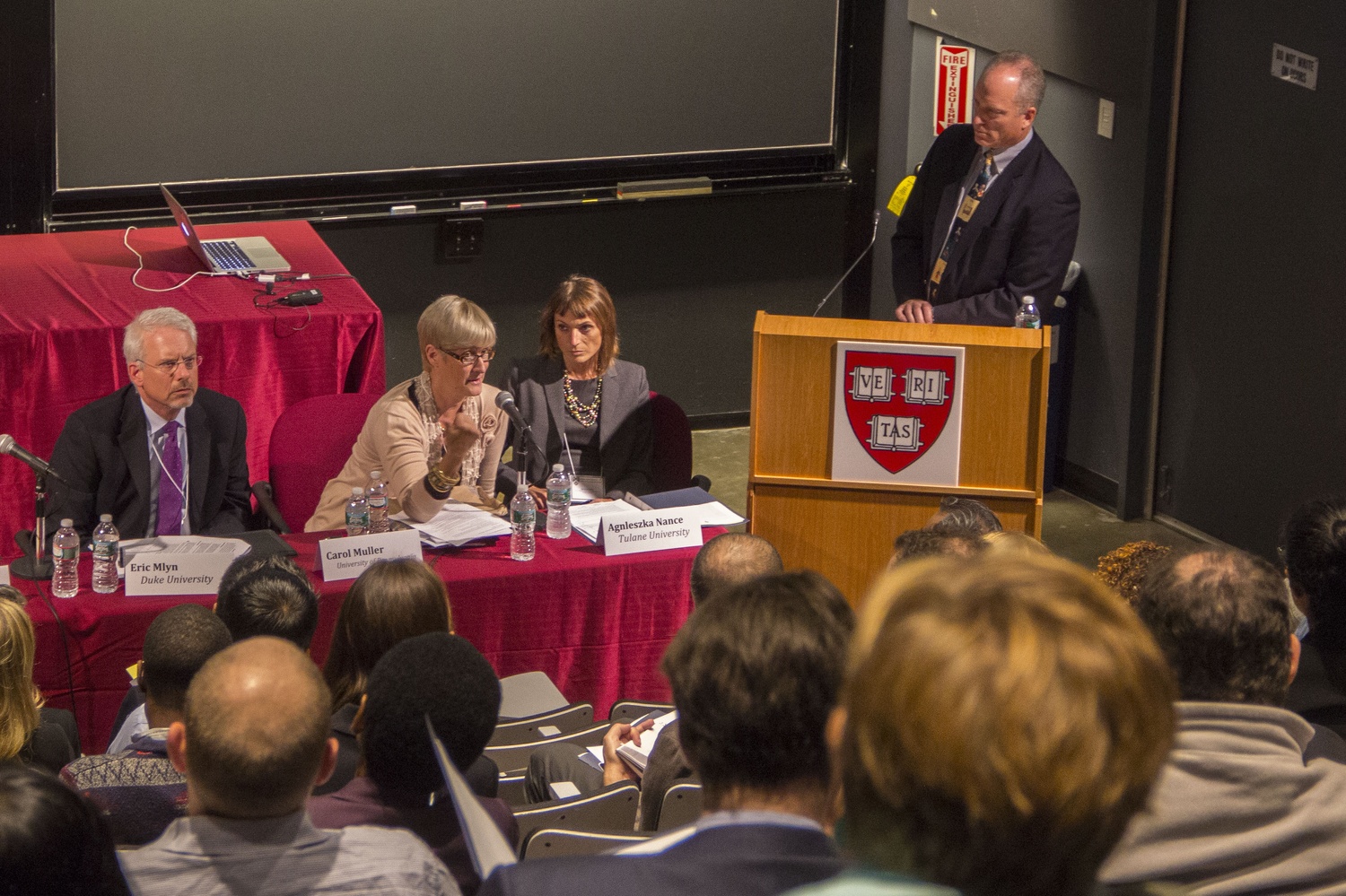 Panelists from a number of Harvard’s peer institutions detailed their schools’ efforts to integrate public service and academics at a symposium sponsored by the Faculty of Arts and Sciences Standing Committee on Public Service on Friday.

In response to examples of other schools’ service programs, panelist and standing committee member James T. Kloppenberg said that “it’s time for Harvard to do the same.” Kloppenberg, a history professor, clarified that the committee wants to “see Harvard follow the lead of our peer institutions.”

Panelist Evelyn Brooks Higginbotham, a professor of African and African American Studies, said that her department is founded on the principle of a service-oriented curriculum. She pointed to the department’s social engagement initiative, which grounds research in issues relevant to people of African descent.

Still, Kloppenberg said that Harvard is in need of a more robust public service program, and that the College’s curriculum should harness the motivation of its students for use in service work.

“What works is student engagement,” he said. “What doesn’t work is passive regurgitation of facts.”

After the event, FAS Dean Michael D. Smith—who moderated the event—said that, among the schools represented on the panel, he has heard Harvard faculty sing particular praise for the DukeEngage program at Duke.

The program provides fully funded summer service trips to more than 400 Duke undergraduates each year, according to Eric Mlyn, the executive director of DukeEngage. He added that about one quarter of the graduating class of 2014 had participated in the program, and it has become the most frequently cited reason for which Duke applicants say they are applying to the school.