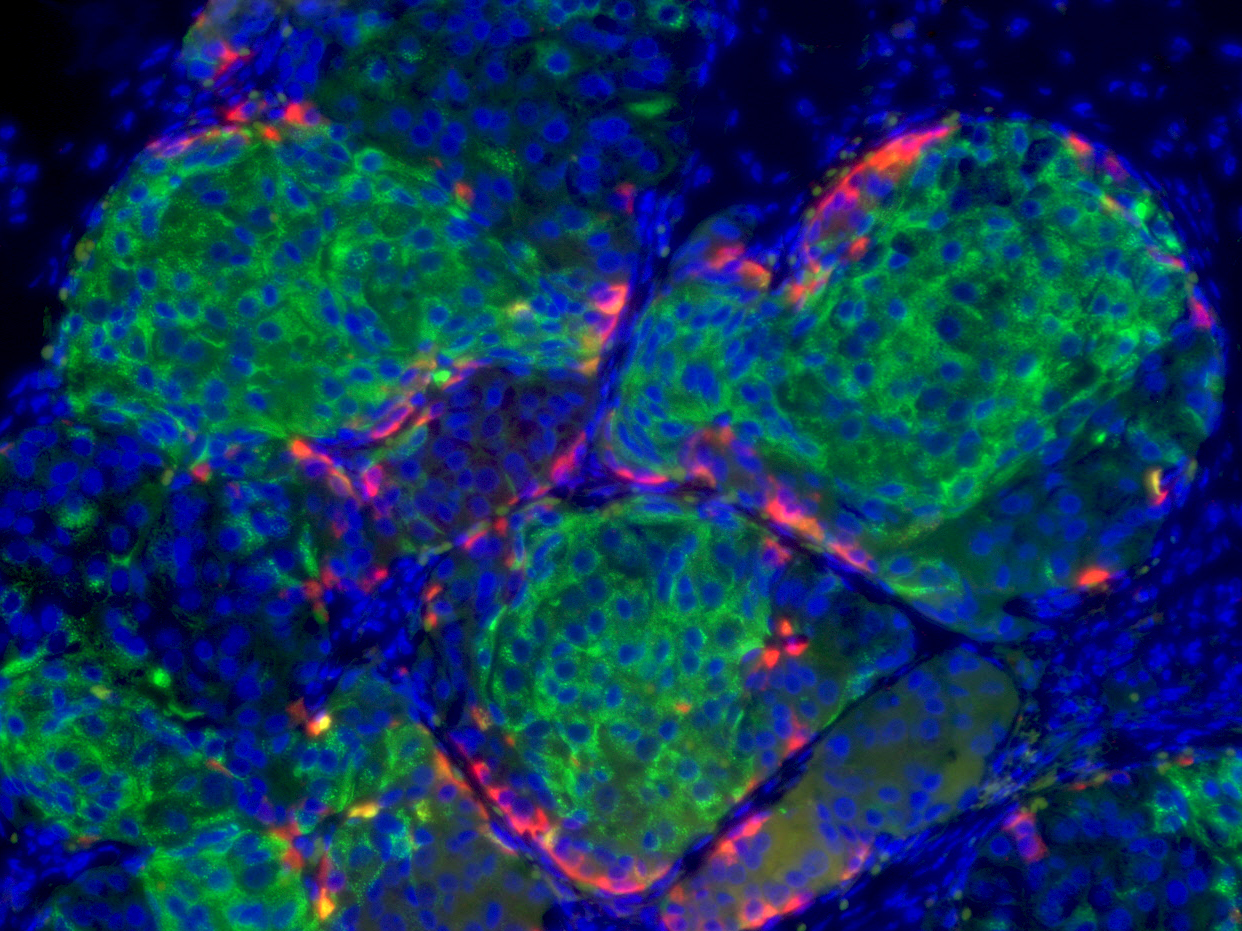 A team of Harvard researchers led by natural sciences professor and Eliot House Co-Master Douglas A. Melton developed a scalable technique for creating human insulin-producing beta cells in vitro, a major stride towards an effective treatment for type 1 diabetes.

According to a report published in the journal Cell on Oct. 9, this development is the first to yield beta cells that closely resemble normal functioning beta cells, in the quantities necessary for cell transfer and pharmaceutical use.

“This is an important venture for the field of stem cell research, with real potential to transform treatment for diabetics,” said Daniel G. Anderson, an MIT professor working with Melton’s laboratory on preparations for clinical implementation.

Type I diabetes, colloquially referred to as juvenile diabetes, results from an autoimmune destruction of beta cells in the pancreas which normally produce insulin—a hormone which regulates glucose levels in the blood.

With limited treatment options, type 1 diabetics alleviate their symptoms by injecting themselves with insulin. According to Jeffrey Millman, a post-doctoral fellow in the lab and one of the paper’s lead authors, this method of treatment “is a crude way to monitor insulin levels”.

“A lot of the complications associated with manual insulin monitoring can lead to a lower quality of life,” Millman said.

Melton, co-director of the Harvard Stem Cell Institute, has researched stem cell technologies for over 20 years, working to cure the disease with which both his children have been diagnosed.

“This is a project that is very important to Professor Melton personally, and the clinical prospect of the work is a priority of his,” said Millman.

For over a decade, pancreatic transplants and faulty insulin cells generated in vitro have provided temporary insulin independence for type 1 diabetes patients in lieu of these injections. However, never before have scientists been able to cure a mouse of diabetes immediately with the transplantation of beta cells, said Michael S. Segel ’14, one of the paper’s authors who worked on the team throughout his years as an undergraduate.

Beyond the production of functioning beta cells, Melton’s technique can create cells at a scale that could match the demands of an effective treatment—a feat that has never before been accomplished. Each “batch” of the suspension culture yields about 100 to 150 million beta cells, Millman said.