First Teams Get To Work in New Alumni Startup Space 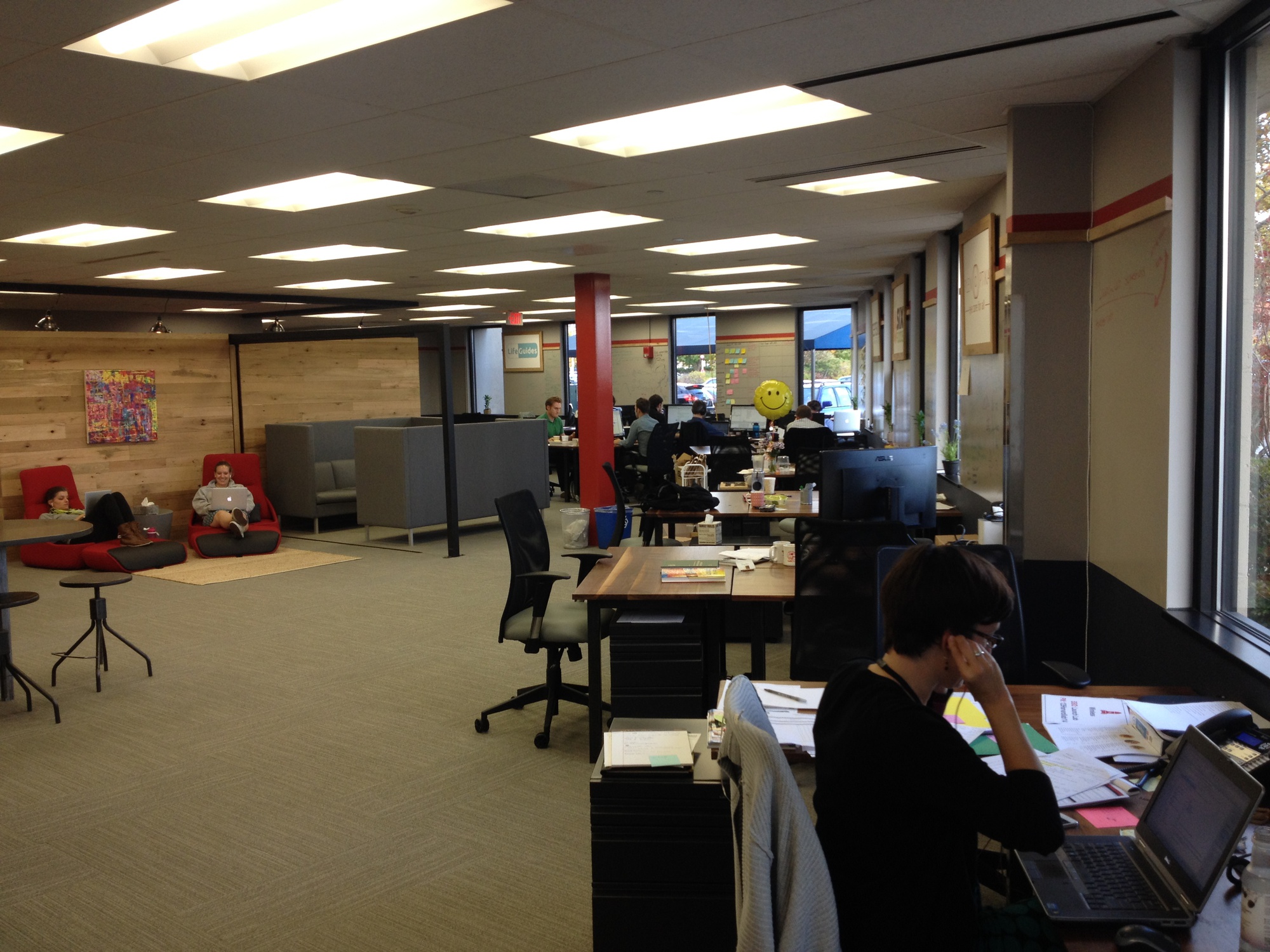 Opening its doors last month, the Harvard Innovation Launch Lab offers the space, resources, and support of the i-lab for the first time to Harvard alumni entrepreneurs in fields spanning consumer technology, health and science, and cultural and social entrepreneurship.

The last of the 15 entrepreneurial ventures chosen to occupy the space will move into the Launch Lab, a 3,000 square foot space located across the street from the Harvard Innovation Lab, by the end of the month.

According to i-lab Director Jodi Goldstein, the motivation for the Launch Lab came from the difficulties alumni teams face when they graduate, losing their eligibility for i-lab resources.

“Boston is very dense right now,” Goldstein said, adding that students moving out of the i-lab struggle to find space at affordable prices. She said that the Launch Lab allows “the i-lab [to] extend its reach after graduation.”

Alumni interest in the Launch Lab was quick and enthusiastic; this summer, it received 70 applications for 15 spots without marketing the opportunity. Applications continue to be accepted on a rolling basis. 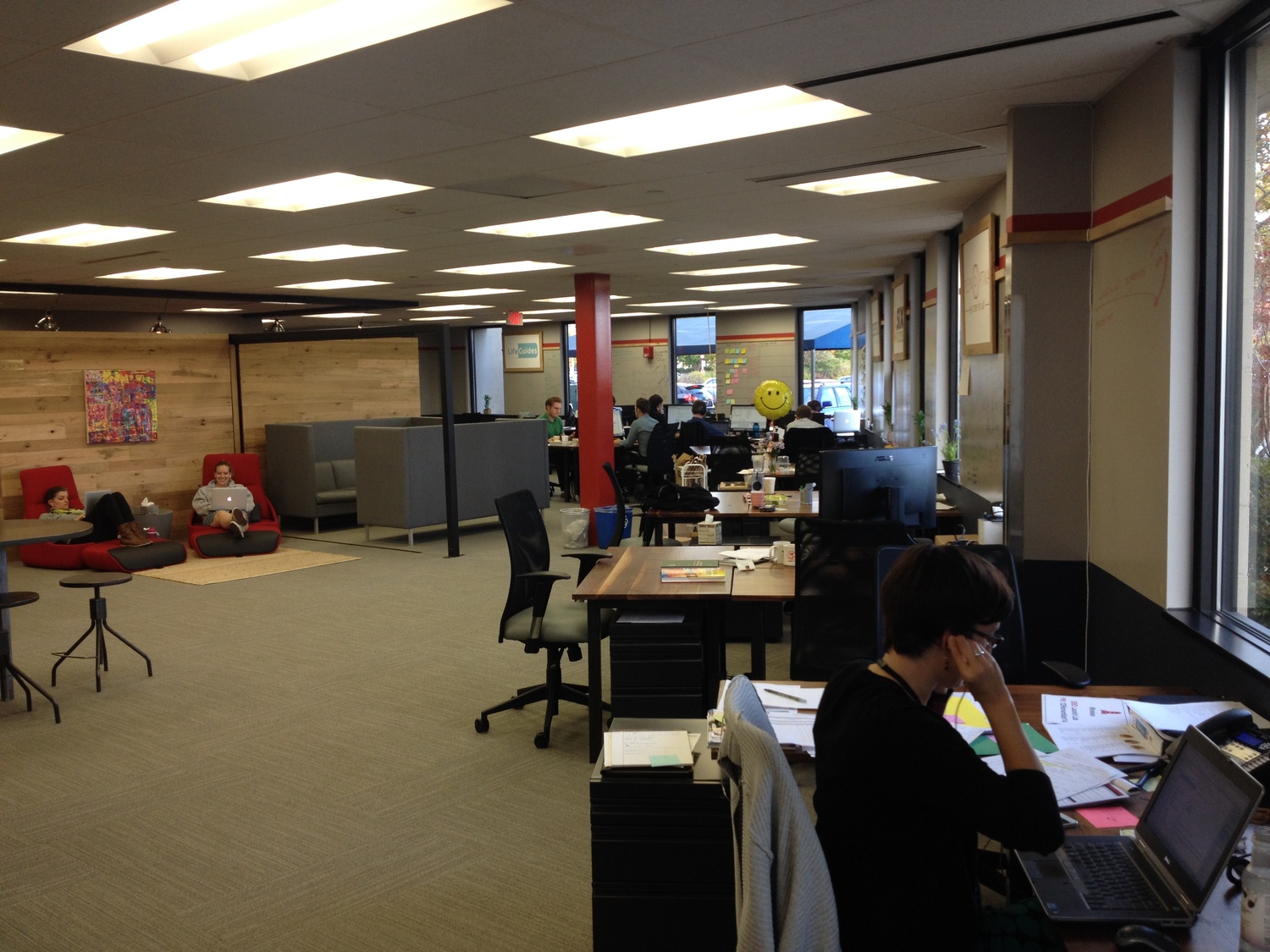 Many teams granted space said that continued access to University resources and outreach capabilities played a key role in their decision to join the Launch Lab, as well as the inexpensive rent. The Launch Lab charges $200 per person per month, less than half the average competitor’s rate.

“Having Harvard as an active proponent, helping us, and talking to us, is something that is really important,” Rose Wang ’13 said. “At another workspace, we may just be another number.”

Wang co-founded Six Foods with two other College graduates to introduce insects as a healthy and sustainable ingredient in common American food products.

Ten of the 15 resident teams, including Six Foods, began at the i-lab while team members were still enrolled at Harvard. Seven teams happened to be co-founded by women, unintentionally bucking the long-established gender gap in start-ups.

While the proximity to the i-lab played an integral role in the Launch Lab’s location, Goldstein described the Launch Lab as part of the first wave of commercialization and innovation in Allston.

“The Allston side of things is no longer going to be the edge of campus,” she said. “In the next few years, there will really be a vibrancy to this area.”

Launch Lab teams had varying opinions on the Allston location.

Business School graduate Phillip M. Strazzulla noted that Allston feels “a little out of the way” from the current entrepreneurial centers in the Boston area. Within three to six months, his team, which created a collection of online courses called LifeGuides.me, will likely move to Kendall Square when the employment of marketing and development professionals increases the incentive to be in a technology hub.

Wang, for her part, acknowledged Allston’s distance but said that for Six Foods, a food venture that does not require as much on-site technical staff as a tech venture like LifeGuides, remaining connected did not require more initiative than the team already had.

“For us, it doesn’t take much to be a part of the Boston entrepreneurial community,” she said. “Being part of the Launch Lab should only add to our experience, allowing us to continue to utilize Harvard’s resources.”

Goldstein said that she would like the Launch Lab to eventually expand and envisions a space ten times the size of the current space. She said the i-lab is studying current teams to better understand how to operate an expanded space in the future.

“This is a startup itself,” she said. “We want to understand the customer experience.”