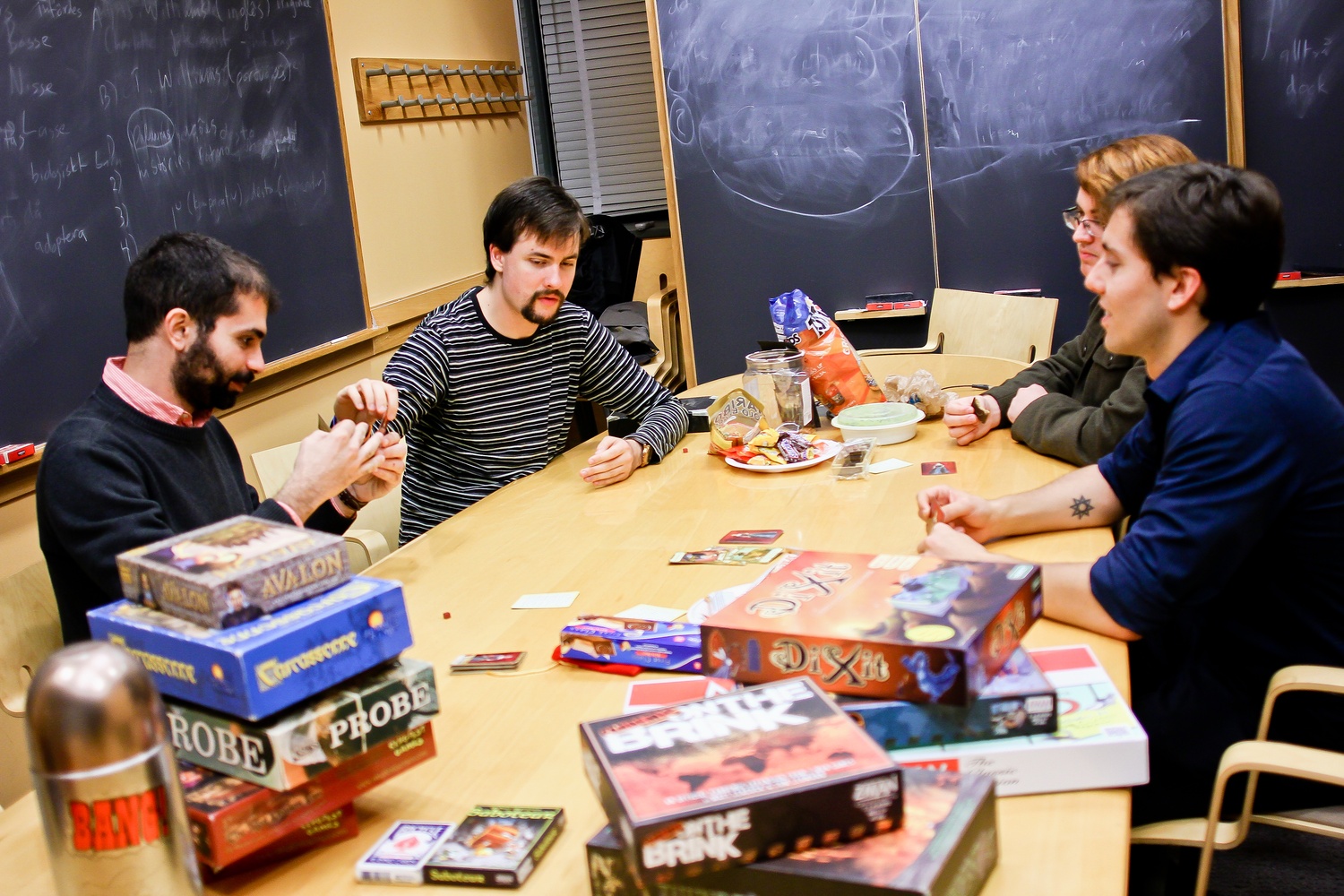 The BGLTQ headquarters, located in Bolyston basement, offers a safe space for all BGLTQ students and groups on campus. By Shunella Grace Lumas
By Quynh-Nhu Le, Crimson Staff Writer

LGBTQ at GSAS—an organization revived from the inactive Lesbian, Bisexual and Gay Graduate Students Association—aims to provide a safe space for queer students at the Graduate School of Arts and Sciences, while the Harvard LGBTQ Staff and Grad Board Game Group offers Harvard affiliates a casual space to socialize.

Founders from both groups said they were inspired to form these organizations after unsuccessfully trying to find the opportunities they were looking for on campus.

Alicia S. DeMaio and Ella S. Antell, co-founders of LGBTQ at GSAS and first-year graduate students, said that they decided to start the group after failing to find a queer student group at the GSAS extracurricular fair this fall.

“Once I found it didn’t exist, I was annoyed. I was shocked and surprised,” DeMaio said. “This should exist.”

According to Antell, the queer student group Lesbian, Bisexual, and Gay Graduate Students Association existed since the 1980s but became inactive several years ago. She added that although LGBTQ At GSAS is “administratively” a relaunch of the defunct group, the two groups are otherwise not connected.

The Harvard LGBTQ Staff and Grad Board Game Group was founded in June by Harvard Physics department staff member C. Wilhelm Engelbrecht and doctoral candidate in Chemistry Corey E. Clapp. According to Engelbrecht and Clapp, the group provides a social opportunity different from those available otherwise.

Engelbrecht recalled attending an event at the Queen’s Head Pub hosted by the Harvard Gender and Sexuality Caucus, which is primarily composed of queer Harvard alumni.

“It was pretty loud. People were mingling in groups…. Unless you’re comfortable going up to people you don’t know, it’s not a fantastic way to connect,” Engelbrecht said.

According to Engelbrecht, the group has been successful despite initial difficulties garnering support from departments and organizations. It meets weekly at the Office of BGLTQ Student Life, and is now officially endorsed by the Committee on Degrees in Studies of Women, Gender, and Sexuality. Clapp estimated the group’s membership at around 24 people.

“We’ve grown fairly quickly for new student groups,” Clapp said. “If you were to infer something from that, it would be that we’re supplying a service that people are looking for.”

Organizers of both groups said they planned to expand their membership and connect with other queer organizations on campus. Engelbrecht noted that the Harvard LGBTQ Staff and Grad Board Game Group hopes to draw more female-identified and queer people of color. According to Antell, LGBTQ at GSAS will be seeking funding from the Graduate Students Council as a next step.

Currently, non-undergraduate queer student groups also exist at the Kennedy School, the Law School, and the Graduate School of Education.