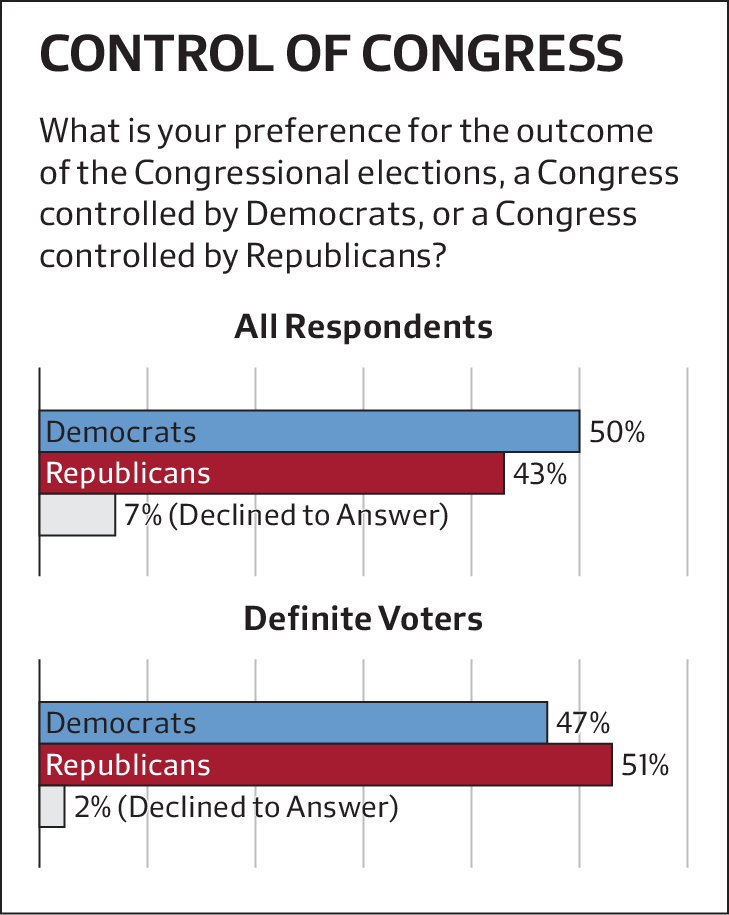 A national poll conducted by Harvard’s Institute of Politics has found that millennial voters are now significantly less supportive of President Barack Obama and the Democrats now leading Congress than they were four years ago.

Millennials as a whole, including those who did not identify themselves as likely voters, indicated that they favored Democratic candidates in the upcoming elections by a seven-point margin. But according to the recent poll, young Republicans plan to outvote their Democrat counterparts by a 12-point margin.

Of the 26 percent of 18- 29-year-olds who indicated that they would definitely be voting in November, 51 percent said they would prefer Republicans in charge of Congress, while 47 percent would prefer Democratic control.

Those figures reflect a eight percent shift since 2010, when only 43 percent were for the Republicans and 55 percent of the cohort indicated that they would prefer Democratic control.

The poll indicates that the shift towards Republicans may be due to rising disapproval of Obama. According to the IOP poll, only 43 percent of young Americans approve of his job performance. That number is only two percent above the lowest rating Obama has received since taking office—41 percent during 2013. 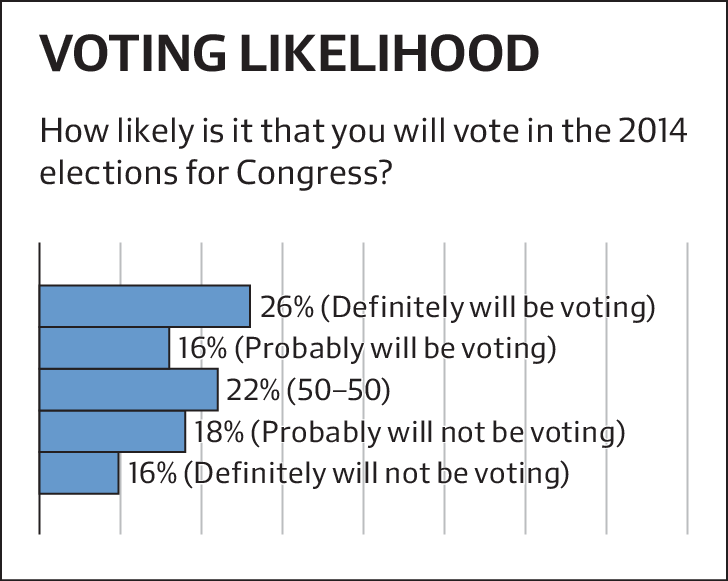 Among likely voters, Obama’s job approval rating was 42 percent, while 56 percent said they disapprove of his performance.

Race was also a powerful indicator of whether millennials supported the president. Young African Americans continue to show strong support for Obama with a 78 percent approval rating, more than double the 31 percent of their white peers who approve of Obama’s job performance.

That means that there is a 47-point gap between Obama’s approval rating among African Americans and among whites, a striking increase from five years ago when the margin was 36 percent. 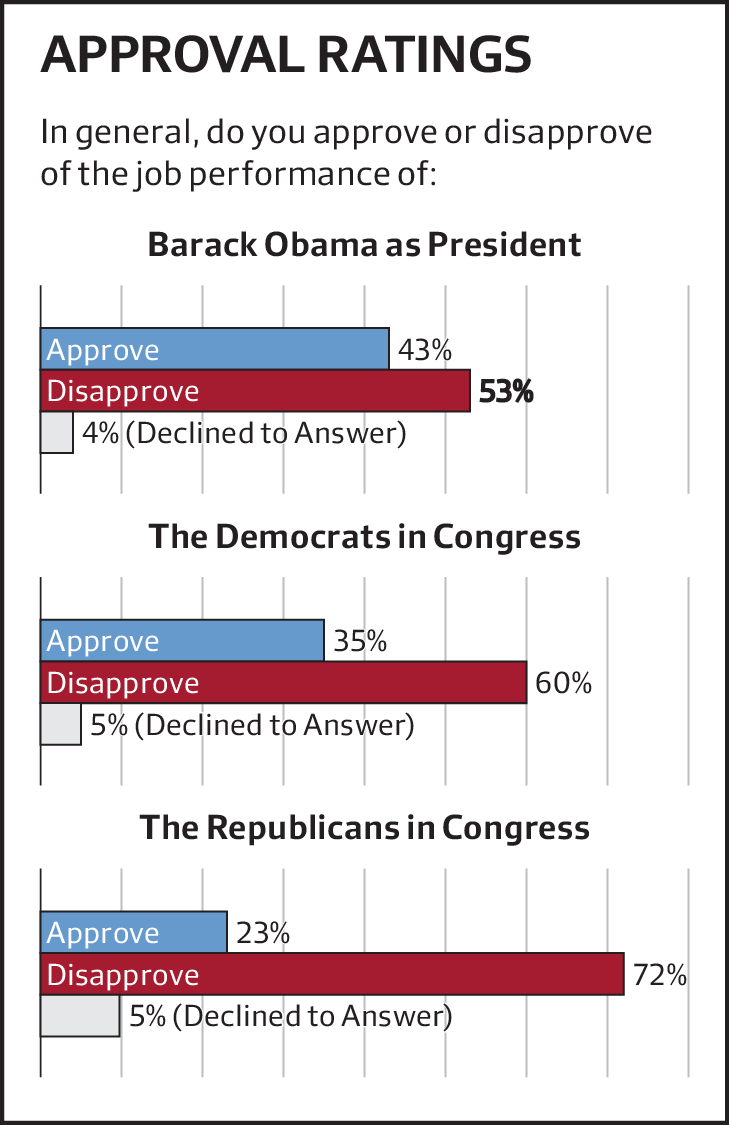 As for Congressional control, 53 percent of young white respondents said they would prefer that Republicans control Capitol Hill, while 40 percent favor the Democrats. The political inclination is reversed among young African Americans, with 68 percent favoring a Democrat-led Congress and 23 percent preferring Republican control. Hispanic respondents also preferred Democratic control, with 59 percent in favor of Democrats and 34 percent for the Republicans.

The slide in Obama’s approval rating was particularly evident among Hispanic millennials. According to IOP analysis, it has reached its lowest since 2009. Only 49 percent of Hispanic millennials now support Obama, a dramatic change from the 81 percent who approved of his job performance in November 2009.

The poll, which was conducted between Sept. 26 and Oct. 9, was based on responses from 2,029 participants across the United States.