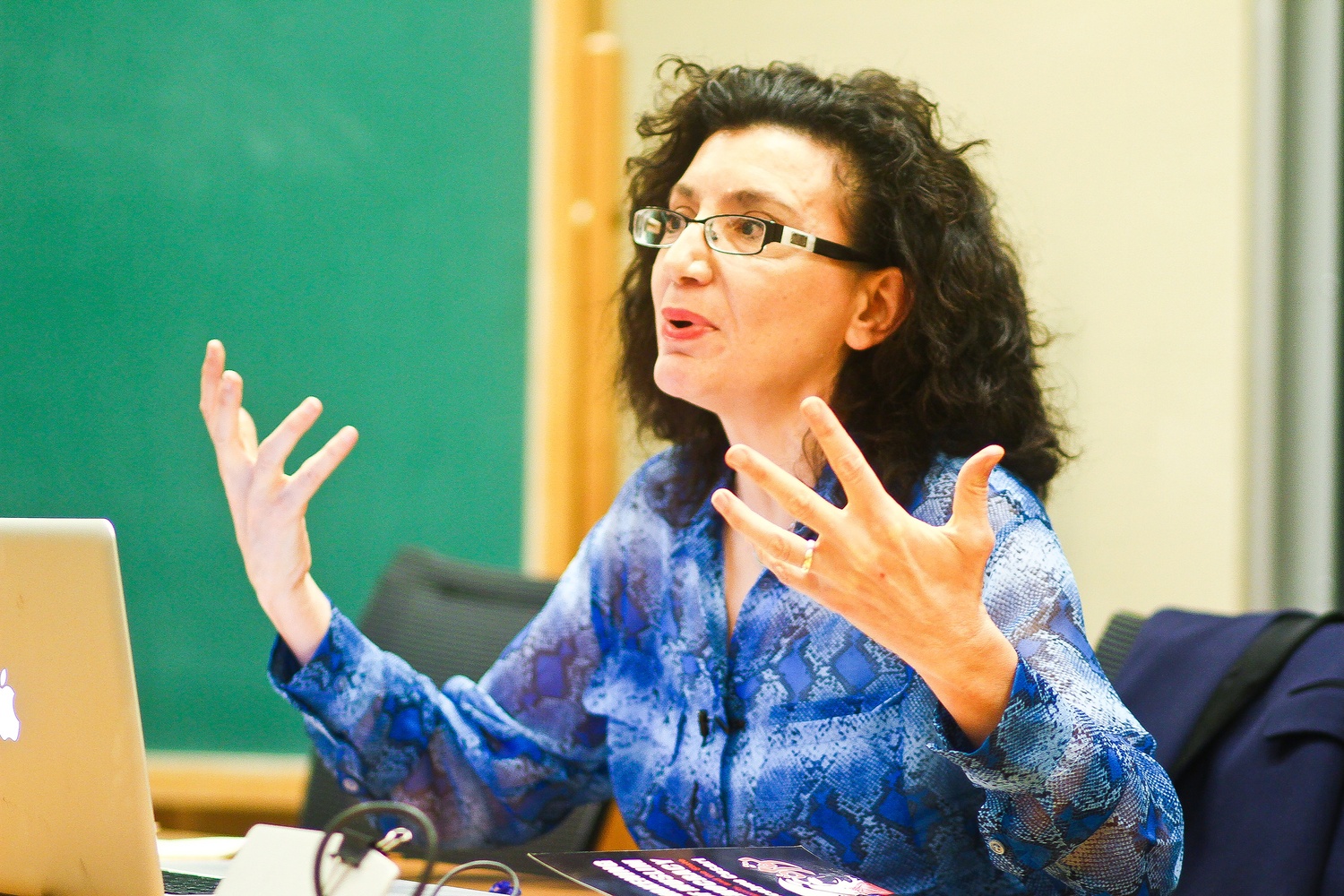 Jocelyne Cesari discusses her new book, "The Awakening of Muslim Democracy: Religion, Modernity, and the State" in the CGIS South on Tuesday. By Shunella Grace Lumas
By Samuel E. Stone, Contributing Writer

Islamic states that govern themselves according to both religious and secular principles are not necessarily undemocratic, argued Islamic Studies lecturer Jocelyne Cesari at an event hosted by the South Asia Institute Tuesday evening.

Cesari, who recently released a book entitled "The Awakening of Muslim Democracy: Religion, Modernity and the State," explained that Islam is part of the social and political fabric of many Islamic nations. She said that her case studies included secular states and states in which religion "does not ostensibly play a big role," and that she observed that some states established what she called "hegemonic Islam."

“Many states take on one type of Islam and make it part of the state apparatus,” she said. “It becomes the only organized religion funded by the state, taught in school, and with clerics on the payroll of the state.”

Professor Ali S. Asani ’77, director of the Islamic Studies program, selected Cesari to speak at the event. Asad A. Ahmed, associate professor of anthropology, moderated the discussion and asked audience members for questions.

Cesari responded to inquiries about differences between Islam and other religions by pointing out that these issues of religion and state are not solely applicable to Islamic states.

“At the end of the nineteenth century, Americans who spoke too freely about Jesus got into trouble and were charged with blasphemy,” Cesari said.

One audience member, Mehmood Z. Motiwala, who said he is from Pakistan, asked Cesari how her academic research could be applied to improving the political and social situation in the Middle East.

“I’m a scholar, but answering that is a little beyond my capacity,” Cesari said in response to the question.

After the panel ended, Motiwala expressed disappointment with the lack of tangible action against Islamic influence in government.

“Obviously she is a huge research scholar. My only concern was everyone talks about it, everybody analyzes it, but what are they going to do?” Motiwala asked.

The talk was attended primarily by graduate students, professors, and members of the local community.

“As we’ve been developing the seminar series, we’ve seen an increase in attendance of undergraduates,” said Meghan H. Smith, Communications and Outreach Coordinator of the the South Asia Institute. “It does tend to be more older students.”

Cesari, however, explained that her work is equally applicable to undergraduates and others.

“The undergraduate level is perhaps the most appropriate for my field,” she said. “Theoretically, [undergraduate] students are not already specialized and can bridge the gap between religious and political perspectives.”