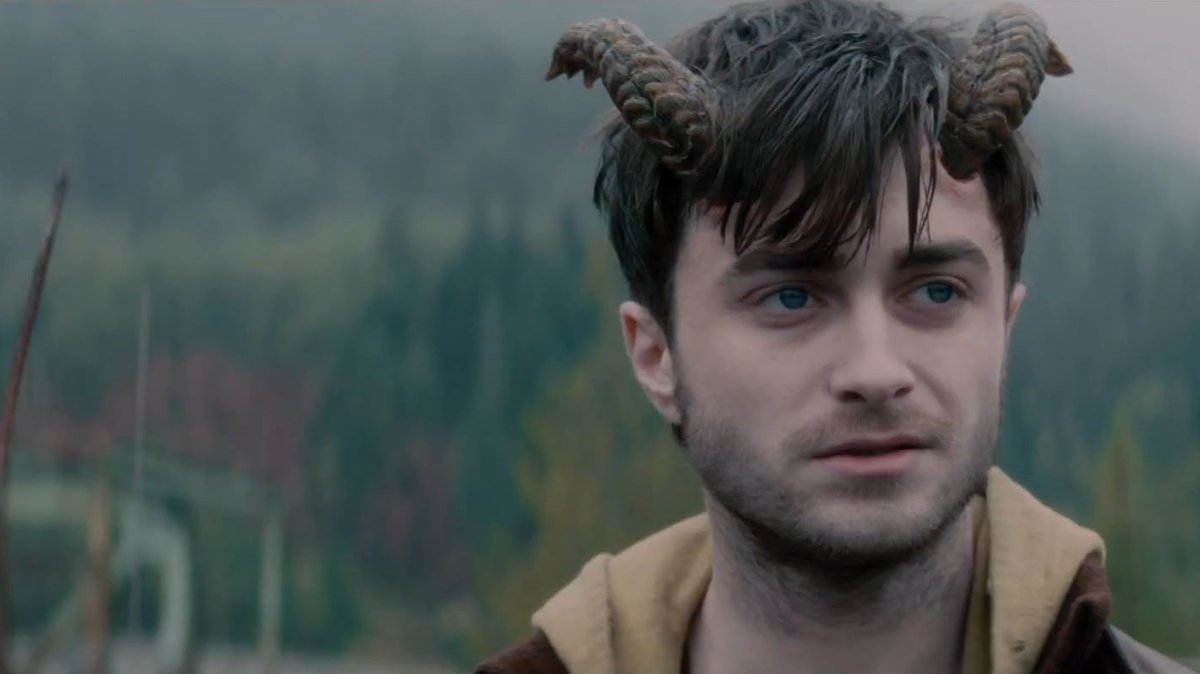 In the years since “Harry Potter,” Daniel Radcliffe has been on a mission to establish himself as a versatile, “real” actor. He’s stripped naked for the provocative play “Equus,” starred in the horror movie “The Woman in Black,” and sung in the Broadway musical “How to Succeed in Business Without Really Trying.” His new film, “Horns,” continues this sense of departure and boundary-pushing: Radcliffe plays a young man who sprouts satanic horns after the murder of his lifelong girlfriend. It’s an adult part in a definitively grown-up movie; it’s also complex, requiring him to pull off dark humor, rage, viciousness, and tenderness all at once. Radcliffe executes his character nicely, though, and despite the bizarre premise, the movie is generally successful. Equal parts romance, mystery, horror, and camp, “Horns” is an original and intriguing piece of work, containing only minor flaws.

In terms of basic plot, the movie adheres closely to its source material, a 2010 novel by Joe Hill. Ig Parrish, the protagonist, lives in a small town with his family and girlfriend, Merrin (played with requisite incandescence by Juno Temple). Merrin disappears, though, and when she is discovered murdered, Ig quickly becomes the town’s prime suspect. As he struggles to clear his name, he inexplicably begins to sprout horns. Initially distracted by the pain and shame they cause him, Ig eventually realizes that they come with the power to control those around him. In his presence, people give in to their wildest impulses, shoveling donuts in their mouths or confessing desires to abandon their children. He then decides to use this power to help him track down Merrin’s killer and discover the truth.

What could easily have devolved into a silly mess instead comes off as a wry fable about the potential for good and evil in everyone. Partly, it owes it success to a script that cleverly portrays the little vicious impulses underlying everyday life: we see a mother long to be rid of her screaming child, a doctor vent his frustration about the one-sided nature of his profession, and a waitress rhapsodize about getting famous via sex tape. It’s sharp satire. The gleefully blasphemous script also riffs on religion without becoming too tame or too unsettling. Most importantly, though, director Alexandre Aja handles different tonal elements with ease and skill. Just when a scene of grotesque horror verges on too much, it gets undercut by a moment of incisive humor. In a particularly memorable instance, Ig watches with terror as a crowd of enormous snakes emerges at his feet. To cope, he quickly grabs a pitchfork, making for a great, brief sight gag. Longer, darker segments are also usually paired with sweet, romantic ones, to mutual effect; the genuinely touching chemistry between Ig and Merrin relieves some of the grimness, while injecting a conventional murder mystery with some pathos.

The mood shifts work because they occur subtly and rapidly, creating a kind of tonal mosaic. Just when one mode becomes familiar, another kicks in, keeping the film surprising and consistent. It also helps that the film’s aesthetics are gorgeous. The special effects are excellent—the horns, and everything that comes with them, ends up being impressively believable. The movie is also packed with lush shots of Pacific Northwest forests and water in a way that recalls “Twilight,” either accidentally or jokingly on purpose. Every scene is expressively framed in sleek, rich colors, and the latter half of the film uses lighting particularly well. After Ig embraces his status as emerging-devil-incarnate, everything becomes bathed in some sort of red glow—neon diner lights, lamps, flames. It’s beautiful, and it reinforces the kind of subtle campiness that permeates the movie.

Daniel Radcliffe stars in "Horns." By Courtesy of RADiUS-TWC

This latter section of the movie, however, is where flaws begin to emerge. The tone shifts become harder to maintain: camp escalates in an attempt to moderate the increasing violence, but the primary result is that both elements become hard to buy in to. The final revelation of the murder scene edges past splashy gore and into the territory of deeply unsettling and hard-to-watch. The camp likewise changes from subtle to absurd, taking some of the gravity out of the climax—which, incidentally, occurs far too late. It takes the movie several false-alarm endings to come to a close, and it feels long for a two-hour running time.

Daniel Radcliffe is also much better in the first half of the film. As a ragged, grieving, good-hearted man, he’s successful—less so when he’s asked to project an aura of dark, sadistic power. Radcliffe is talented and plenty versatile beyond his Harry Potter role, but he isn’t really much of a villain/anti-hero. Still, he remains compelling enough to anchor the movie, keeping it plenty watchable and frequently engaging.

—Contributing writer Charlotte L.R. Anrig can be reached at canrig@college.harvard.edu.