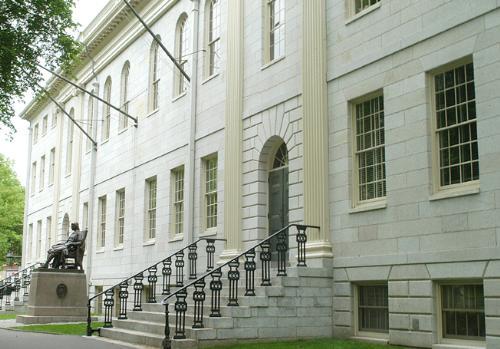 Last week, the Faculty of Arts and Sciences voted unanimously in favor of a motion asking the President and Fellows to suspend changes to the health benefits offered faculty and non-union staff for 2015. In justifying the benefits changes, the University offered four main explanations for its addition of deductibles and co-insurance: (1) the cost of benefits relative to the overall budget; (2) parity with peer institutions; (3) social science on containing health care costs and (4) the future financial health of the University. In advancing these explanations, the University has offered information that is incomplete, incorrect, deeply misleading, and ethically troubling.

According to the University’s financial report issued on Friday, Harvard’s spending on benefits (healthcare and other benefits are not disaggregated) for current employees has risen. However, the report also makes clear that, contrary to information provided in the Open Enrollment Preview Brochure and at the October FAS meeting, those costs are not rising relative to faculty and non-union staff compensation. Rather, considering the expanding employee pool at Harvard, the cost of benefits appears to be well under control.

The second argument offered in favor of the health benefits changes has been that we need to remain in line with our peers. We contend that the only peer pressure Harvard should heed is that which makes us a better research university. Increasing salaries and benefits might do this if it allowed Harvard to recruit and retain the brightest minds in our fields of research and teaching, as well as the post-doctoral fellows and staff needed to support these research and teaching endeavors.

Instead, we are told in effect that we should lower our expectations if other universities have done so or might in the future. Such a cynical vision will not advance the long-term goals of the university as a place where new and important knowledge is produced. Moreover, the argument is not only specious—it is false: While some universities have adopted co-insurance, most of our peers (our national competitors Yale, Princeton, Chicago, and Stanford as well as institutions in our region such as Boston University, MIT, or Wellesley) offer an array of benefits choices including plans with no deductibles and no co-insurance.

Perhaps the most distressing argument advanced in favor of the changes, however, has been one that draws on a social science experiment from the 1970s to suggest that a co-insurance system, where the insured must pay a percentage of after-deductible costs, is the best way to contain health-care costs. At the November FAS meeting, Provost Alan M. Garber ’76 and members of the University Benefits Committee asserted that because the RAND Health Insurance Experiment, or HIE, demonstrated a reduction in healthcare utilization without decreasing overall well-being, the new Harvard plan will do likewise.

We assert that, on the contrary, the HIE is irrelevant to the present benefits proposal before us.

The HIE randomized individuals into different insurance plans (some received health insurance free of charge, while others faced a range of co-insurance options). It found that those paying a higher percentage of costs visited primary care physicians less frequently and reduced their health-care expenditures as a result.  But copays for regular physician visits have long been standard and are already part of Harvard’s plan. What Harvard now proposes is further extending cost-sharing to hospitalizations, surgery, and diagnostic testing via co-insurance.

The HIE’s measurement of outcomes is also irrelevant to the matters that concern all of us. The study looked at indicators of general health such as blood pressure, visual acuity, and propensity to smoke. The relevant question for today’s Harvard is not whether going to one’s primary care doctor more often makes one smoke less, but whether a diagnostic test ordered by that doctor could save one’s life, or detect an illness in time to allow for a less invasive, and perhaps in the long run, less expensive treatment.

Co-insurance is not only of questionable utility in the 21st century—at a time when diagnostic testing is much more effective at influencing outcomes than it was in the 1970s—it also unethically transfers risk and expense to the most vulnerable in our community.

Finally, the administration has raised the specter of the University’s future financial health as a rationale for reducing benefits. The financial report released on Friday shows that the University’s financial situation is stable, not in crisis. The proposed changes transfer costs onto employees at a time of a budget surplus, and may have pernicious and potentially devastating effects on the health and welfare of Harvard employees, while increasing anxiety, risk, and alienation.

Such a drastic cut could only be justified in an atmosphere in which all members of our community were convinced that sacrifices were in order—not in an atmosphere of relative stability, forecasted growth, successful fundraising, and transformative plans for expansion into Allston.

We often hear that Harvard is the apex of academic research and teaching institutions, and that part of its success is due to its sense of community. The University ignored that community when it embarked on a secret and non-consultative planning process and disregarded the strong concerns that faculty have about their own health and that of less well-paid members of our community.

The result is a plan that imposes a serious financial burden on those with chronic illness or who face medical emergencies for themselves or their families. This plan is based on a flawed process, on a misguided charge to the University Benefits Committee, on misinformation about our peers, and on outdated research that is not relevant to the current situation. It is unfair to the most vulnerable members of our community, and not worthy of our great university.