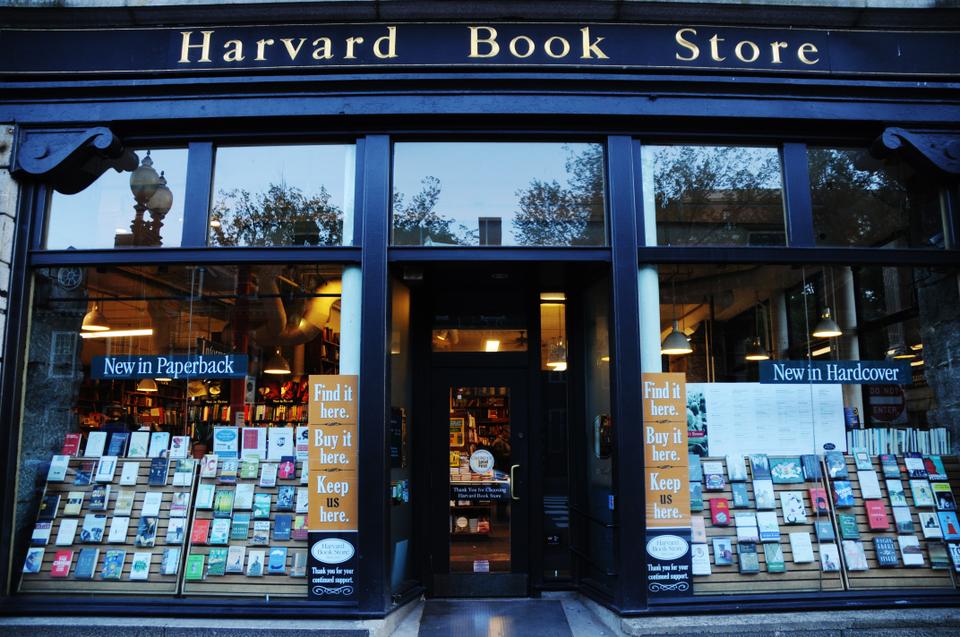 As Cambridge sees a demise in bookstores, The Harvard Book Store reaches out for customer support by requesting their continued business.
By Gabrielle M. Williams, Contributing Writer

Two historians discussed the importance of crafting long-term historical narratives, the subject of their recent book “The History Manifesto,” at an event Friday afternoon.

In a cozy nook of the Harvard Book Store, where shelves had been shifted to make room for rows of chairs and standing room around the perimeter, an audience of about 40 people engaged in a discussion and subsequent book signing with co-authors Jo Guldi ’00 and David Armitage, history professors at Brown and Harvard respectively.

During the talk, the authors emphasized taking long-term perspectives in the study of history, rather than focusing on brief moments in time. The authors said that historians had increasingly specialized in narrow areas of expertise, but over the past decade, the discipline has recognized the limitations of over-specialization and is moving towards a broader approach to historical analysis.

“What we diagnose, this crisis of short-term thinking, in ‘The History Manifesto,’ is also something that we have seen our fellow historians turn to with all of their intelligence,” Guldi said. “Over the last ten years there has been a return of thinking on the long-term scale among all our fellow historians.”

While Armitage and Guldi said their book is an examination of how the past has been and should be studied, it also points to the crucial role of history in planning for the future.

“History is a future-oriented discipline,” Armitage said. “We reconstruct multiple histories in the present in large part to orient ourselves toward potential multiple futures.”

Addressing potential students of history, Armitage said the discipline imparts students with skills in writing and critical thinking, which prepares them for a wide spectrum of careers, from law to economics.

“I was talking to somebody very powerful on Wall St. last year and he said to me, ‘Don’t send me economics graduates to my firm; my firm can teach you all the basics of finance in six months; that’s what we do, but we want historians and people who write well, who can think about complex issues,’” Armitage said.

Guldi said she wanted the audience to understand the current importance of historical study, particularly with the growing need to interpret big data and resolve current global problems.

“History is more relevant and more critical right now than it has ever been in the past,” Guldi said, “because we need to understand the past of institutions in order to understand why there is paralysis and lockdown in terms of environmental change, inequality, and international governments.”

Patrick B. Johnston, a statistician and former fellow at Harvard’s Belfer Center who attended the event, said he enjoyed the emphasis on long-term history as opposed to inquires with a narrow scope.

“The long view is about trends…and I think it’s also about historical theory,” he said. “The evidence of theories in history has to be over [a] longer period than five years, obviously. So I personally find it fascinating.”