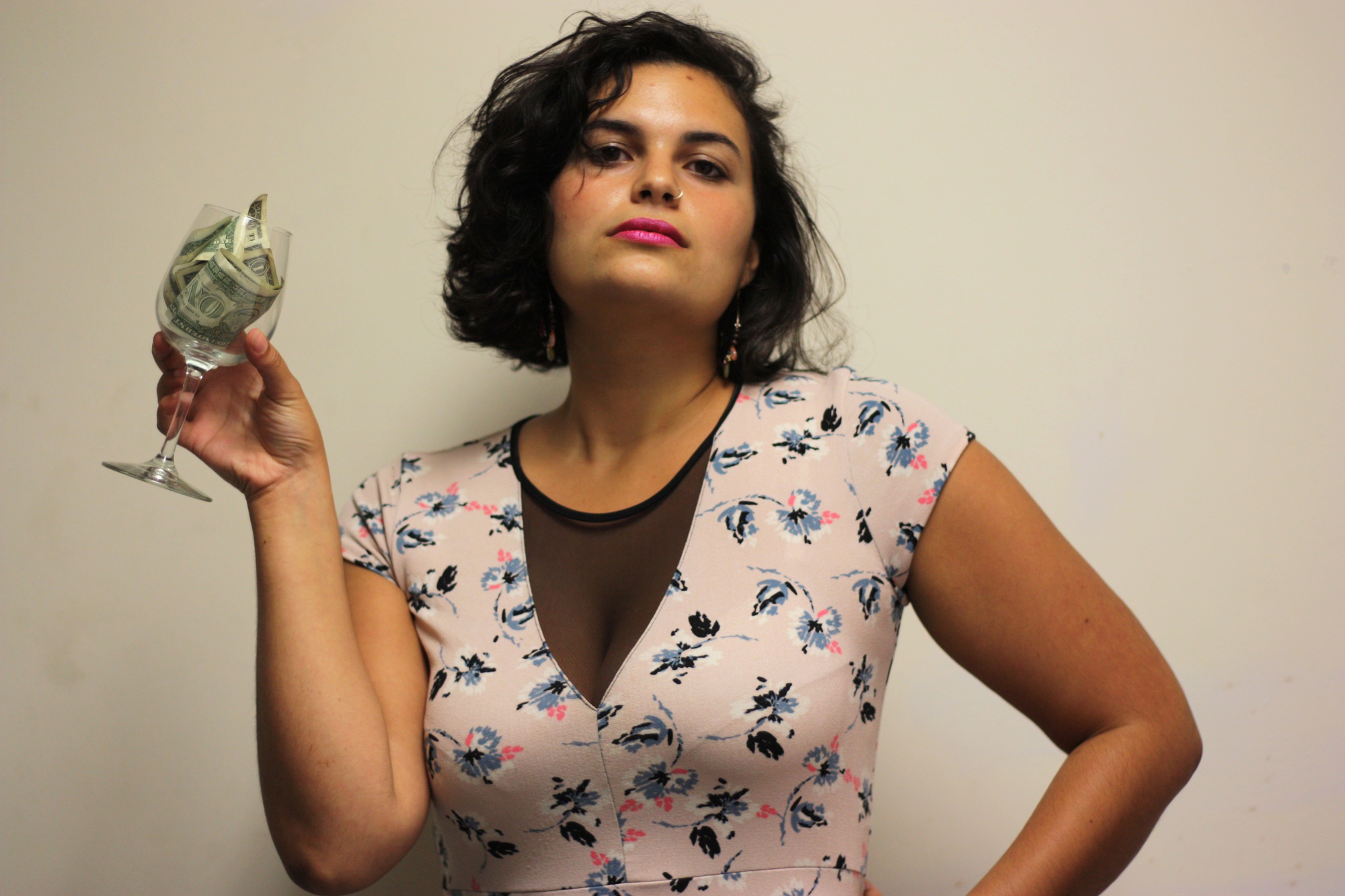 Reina A.E. Gattuso '15 is a Literature and Studies of Women, Gender, and Sexuality concentrator in Adams House.
Advertisement
Advertisement

It’s Halloweekend, folks, and fuck if I’m paying for my own alcohol. Also, I spent my work-study money on lingerie, because this Halloween, I’m going as Molly Bloom. Molly Bloom, a character in James Joyce’s “Ulysses,” is a fierce bitch, and the novel ends on her “yes” of orgasmic affirmation. She is an artist and a badass motherfucker who eats sausages for breakfast.
By Reina A.E. Gattuso

It’s Halloweekend, folks, and fuck if I’m paying for my own alcohol. Also, I spent my work-study money on lingerie, because this Halloween, I’m going as Molly Bloom. Molly Bloom, a character in James Joyce’s “Ulysses,” is a fierce bitch, and the novel ends on her “yes” of orgasmic affirmation. She is an artist and a badass motherfucker who eats sausages for breakfast. She is also way cooler than Penelope, the dutiful let’s-weave-our-feelings character from the Odyssey on whom she is based, and she spends the novel’s last chapter in bed masturbating because she gives zero fucks about your opinion on her sexuality. Also, one time this dude I liked told me I was too Molly—vulgar and excessive feelings—for him to want to date me. And this is exactly why Molly Bloom makes the perfect Halloween costume: what’s spoOoOokier than female appetite?

Like former lovers, past bottles of wine pop up tonight with alarming frequency. My old flame Gaetano d’Aquino makes an appearance at the pregame. He’s here with Grifone Sangiovese, who my friends later reassure me is a bitch far more basic than I. (No one will feel better as a result of this interaction, but the attendant insecurity will motivate us all to buy plenty of mascara, so score one for capitalism.) I take a shot of peppermint Schnapps, which tastes like toothpaste.

“Who’s your Blazes Boylan?” asks the pregame host, one of the people in my freshman “Hamlet and Ulysses” seminar I did not sleep with. That, I tell him, is the question of the evening. There is no bottle opener at the pregame, so someone tries to lob off the tops of the wine to unfortunate effect: The corks are still stuck in the necks of the bottles, but decapitated. The best wine, I tell myself by way of consolation, is the wine untasted.

Oh Franzia Crisp White, oh Chillable Red, we meet again. You have followed me here even though I have indicated no interest in you, just like the dude who keeps dancing up on me as though he’s going to get pussy for disregarding my personal space. My friend, seeing the unsolicited attention and stepping in as Active Bystander Champion, says, “We’ll make you a gay sandwich!” He and my other friend (in sparkles) groove into formation; I am the queer lettuce. Undeterred by the shield of fabulous, Aggressive Dude grabs my waist.

Me: I don’t know what you think you’re doing, but it is not okay.

Me: I am MOLLY BLOOM. [Storm away in feminist fury to the other side of the dance floor.]

Consent—it’s like oxygen: If you think you don’t need it, you’re a douchebag. Luckily, at this point Aggressive Dude leaves and that song everyone likes comes on, and I’m jumping around in ecstasy with my friends, and everyone I love, and my roommate. Well fuck me against a wall in Gibraltar—this shit is beautiful.

Franzia is pulling no punches with the targeted advertising: I have half a red Solo cup of this stuff, and I have never felt fruitier. Also, literally everyone I have ever had a crush on is at this Halloween party, in a hot clusterfuck of intoxication, pastiche, and feelings. I embarrass myself utterly with some inept flirting (today’s four dollar wine is brought to you by the letter “Personal Space”—to be respected by all genders!) and decide it is better for everyone if I head out. I exchange greetings with the guy I always pass on the way home, who is about to go to sleep on the sidewalk. Memory of Aggressive Dude sharp on my brain, I flinch in expectation of words about my exposed flesh, my cleavage, or belly. But our greeting is friendly as always: “It’s getting cold out,” he says, and I say, “It’s getting cold out.” And then I think it’s stupid if this is going to be the limits of my feminism, if all I want is the right to say “yes” to sex and my great-grandmother’s ripped fur and my $80 of lingerie, when power is everywhere and fucking complicated, and the world is a big, unjust, loaded “maybe.” The cold presses my nipples against the stupid fabric of my bustier, and it is November already.

The Crimson’s Resident Lesbian Sex Icon Reina A.E. Gattuso ’15 is a literature and studies of women, gender, and sexuality concentrator in Adams House.