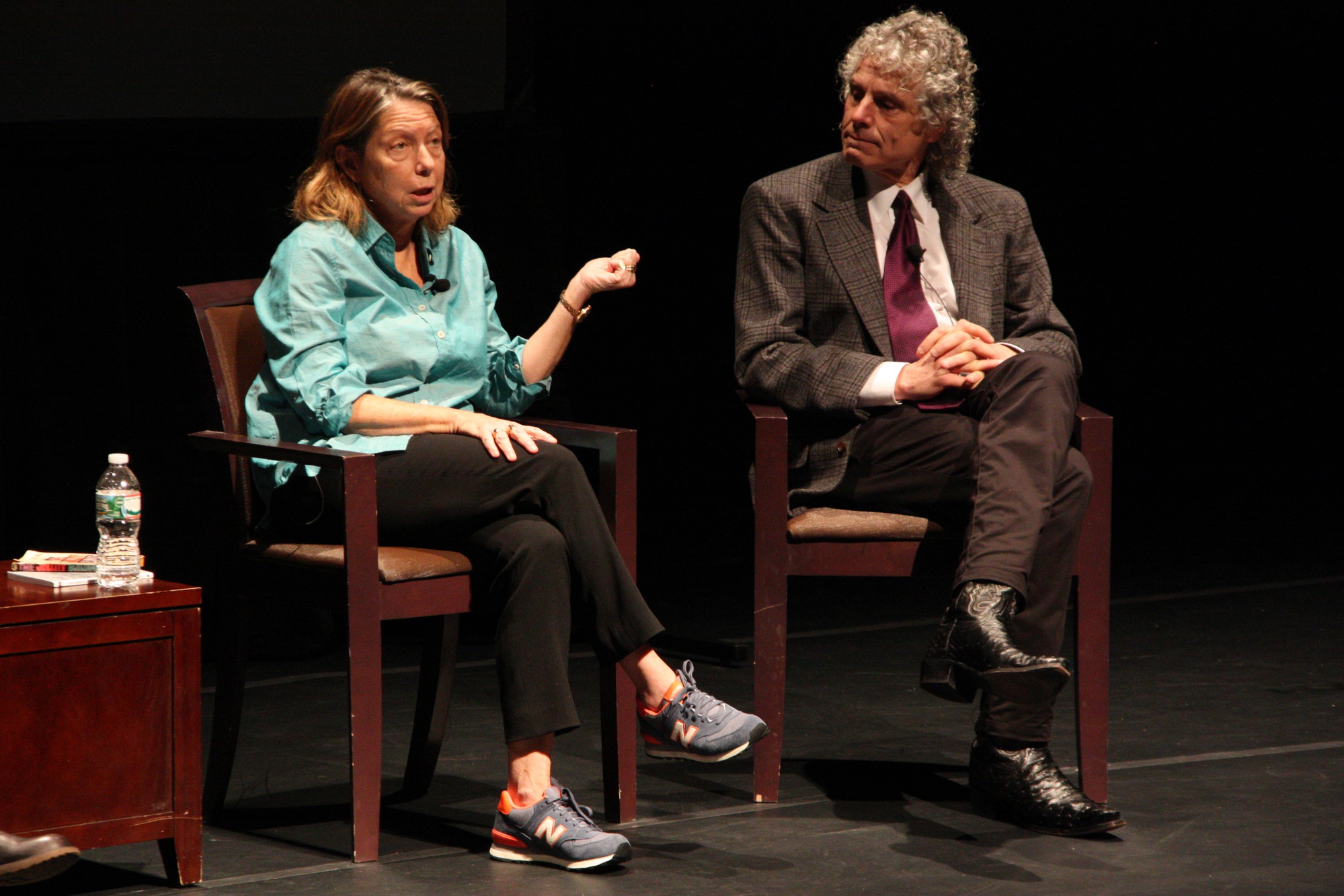 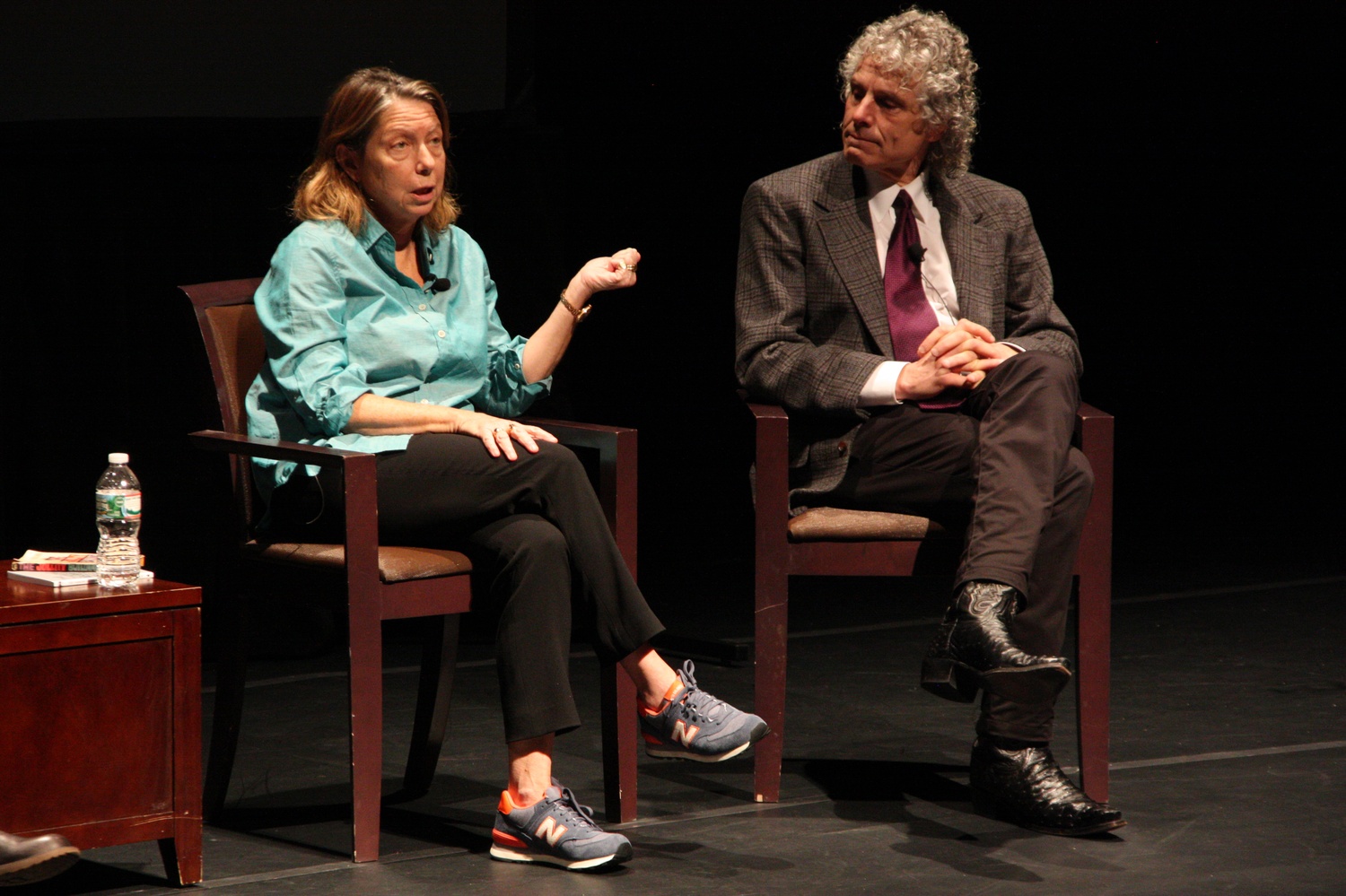 Pinker, known for his work as a psychologist, linguist, and cognitive scientist, called for more clarity and originality in writing and warned against “the curse of knowledge” in academic writing.

“Once you know something, it’s hard to imagine what it’s like for someone else not to know it,” Pinker said. To avoid this and other style shortfalls, he said, writers should adopt the “classical style,” a term coined by Francis-Noel Thomas and Mark Turner to describe prose that aims to be “a window unto the world.”

“The reader and the writer are equals. The goal is to help the reader see objective reality,” he said, emphasizing the importance of clarity in academic writing in particular.

Pinker peppered his lecture with jokes and anecdotes, and at one point instructed the audience to “avoid cliches like the plague,” eliciting hearty laughter.

Despite their different professional backgrounds, Pinker and Abramson offered similar advice. In particular, Abramson stressed the importance of showing, not telling, and describing in vivid detail—qualities she said were embodied in the writing of F. Scott Fitzgerald.

In light of her experience as the first female executive editor of The New York Times, Abramson offered a somewhat different appraisal of the current state of writing than Pinker.

“I tend to remain optimistic about the quality of writing and the longevity of good style because  [The Wall Street Journal and The New York Times] are both news reports that prize clarity of writing and elegance of style,” she said.

Afterwards, audience members reported being entertained by the lecture.

Juliana N. Sass ‘17 said she attended the event in search of writing advice. “I wanted to come while I’m writing final papers,” she said.

—Staff writer Sonya Karabel can be reached at skarabel@college.harvard.edu