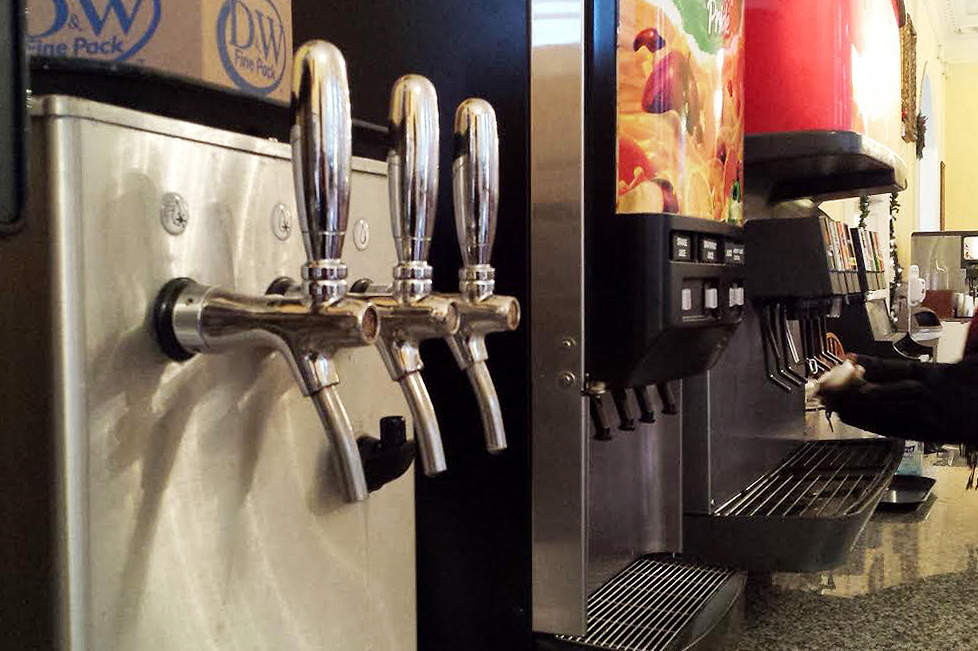 Following student group complaints and internal discussions, HUDS has decided to suspend purchases of appliances from Soda Stream, an Israeli company involved in settlement disputes in the West Bank.
By Kamara A. Swaby, Crimson Staff Writer

Until last April, HUDS had been purchasing water machines from a company recently acquired by SodaStream, an Israeli company that specializes in do-it-yourself soda and water machines. Sodastream’s main factory is located on the West Bank, a settlement at the heart of conflicts between Israel and Palestine regarding land ownership in the area. The company, which announced in October that it will move its factory to southern Israel, has drawn criticism and boycotts for its location in disputed territory.

Last fall, some members of the College Palestine Solidarity Committee and the Harvard Islamic Society noticed that the filtered water machines in certain dining halls had Sodastream labels on them. Citing discomfort with the machines and the potential of the machines to offend those affected by the Israel-Palestine conflict, the students emailed House masters and tutors to arrange a meeting with University officials to have the machines removed.

Rachel J. Sandalow-Ash ’15, a member of the Harvard College Progressive Jewish Alliance who attended some of the subsequent meetings, said that she believed that regardless of the University’s position, the machines and their association with the disputed territory could be offensive to Palestinian students.

“I think it is neither anti-Israel nor anti-Semite to take stand against the occupation,” she said. “These machines can be seen as a microaggression to Palestinian students and their families and like the University doesn’t care about Palestinian human rights.” She added that her views should not be construed as the official club stance on the issue.

Members of the PSC, representatives from HUDS, Lowell House Masters Diana L. Eck and Dorothy A. Austin, Mather House Co-Master Michael Rosengarten, and Dean of Student Life Stephen Lassonde convened to discuss the students’ complaints at a meeting on April 7 in Lowell House, according to a memo from the meeting shared with The Crimson.

Following the discussions, HUDS agreed to remove SodaStream labels on current machines and purchase machines from other companies such as American firms EverPure and Crysalli in the future, according to HUDS spokesperson Crista Martin.

Tez M. Clark '17, a member of the PSC, praised Harvard's choice to suspend purchases from SodaStream in an emailed statement.

"I hope that Harvard’s effort to hear the concerns of Palestinian students and make make a meaningful change in response to these concerns will inspire further support for and discussion on Palestinian rights, both on this campus and around the world," wrote Clark, who is also a Crimson editorial editor.

Sandalow-Ash said that though some of the protesting students had hoped for a formal statement from HUDS on the issue, they were satisfied by the ultimate outcome.

“HUDS was receptive,” she said.