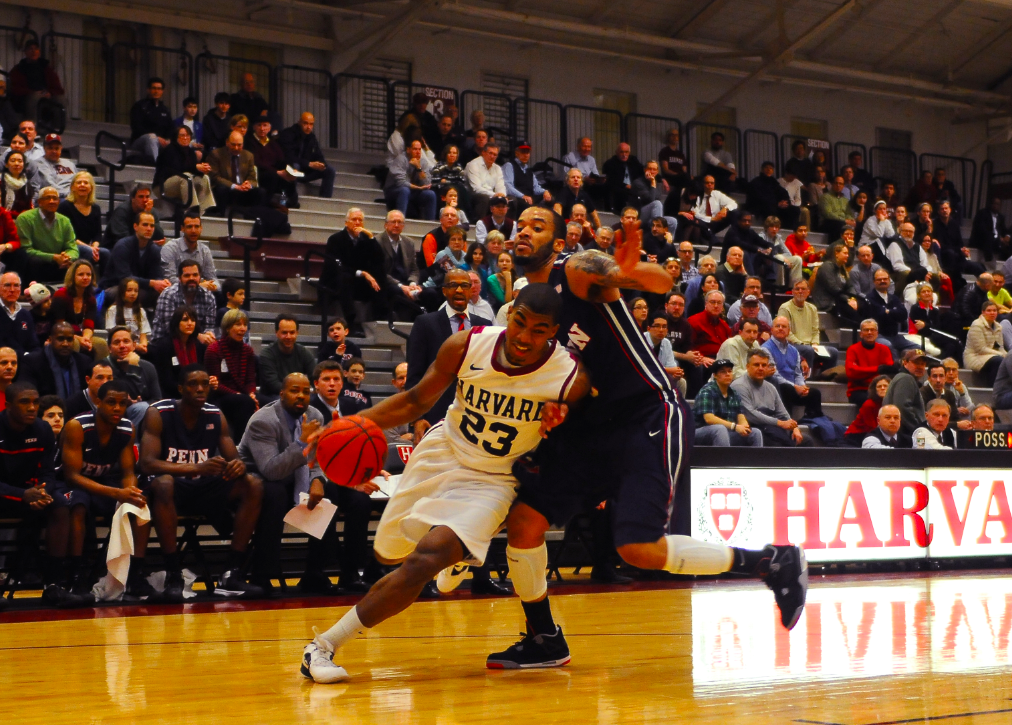 Following last week’s historically bad 76-27 loss to No. 6 Virginia, the Crimson outpaced that output by halftime but scored just 18 second-half points in a 56-46 loss at Arizona State on Sunday.

“Not very good,” he said, “It’s obvious that we are struggling.”

Sophomore guard Corbin Miller cut the Sun Devil (8-5) lead to one, 38-37, five minutes into the second half, but Harvard managed to score just two points over the following six minutes as ASU opened up an eight-point lead.

With 4:32 left, Chambers launched a three that would have cut the gap to four points, but the shot caromed out and led to a transition alley-oop moments later that put the Sun Devils up nine. Ultimately, Harvard went without a made field goal over the game’s final seven minutes.

“Down the stretch it was tough,” Saunders aid. “They locked in on defense. They’re a good team so they knew they had to get some stops and they were able to do that, and we weren’t able to manufacture the offense.”

Saunders and Chambers were the only Crimson scorers in double figures with 15 and 10, respectively. ASU had four players reach 10 points, with 13 apiece coming from forward Shaquielle McKissic and guard Gerry Blakes.

In the loss, Harvard was held under 50 points in consecutive games for the first time since Amaker came to Cambridge.

“We’re getting great shots…they just haven’t gone,” Chambers said. “We just have to keep taking them.”

The offense’s opportunities were limited due to 14 turnovers and just five offensive rebounds, and Crimson shooters converted just 36 percent of the shots they did get off. Harvard had just seven assists in the game.

“Seven assists to 14 turnovers for us is just the opposite of what you’d like to have as a minimum,” Amaker said.

The Crimson’s free-throw struggles continued too. After converting just nine of 22 attempts at UVA, Harvard went 9-for-15 from the line Sunday.

“We have to do a better job,” Amaker said.  “We didn’t finish around the rim; we had moments where we could make layups and we didn’t. I’m disappointed in that.”

Saunders led what was nearly a two-man offensive show in the first half, utilizing drives, step-backs, and turnarounds to tally 13 first-half points. Chambers chipped in 10 in the first 20 minutes.

But Saunders had just two second-half points. Afterwards, Amaker mentioned that his leading scorer might have been hampered by cramps and that Harvard is in trouble when Saunders finishes a game with zero foul shots, as he did Sunday. Other players need to step up when opponents focus on Saunders, Amaker added.

“People have keyed on [Saunders], and we get chances to finish some dropoffs that he gives us or get to the foul line and convert from there—that’s what we have to cash in on,” he said.

Only six Harvard field goals came from players not named Chambers or Saunders. Co-captain Steve Moundou-Missi was just 1-for-7 in the game and is now shooting 23 percent (9-for-40) in December. He finished last year shooting 54 percent from the field.

The Sun Devils shot 41 percent thanks in part to 10 blocks by Harvard defenders. Moundou-Missi led the way on that front with four rejections while six other players each contributed one.

The Crimson defense, which also forced 16 turnovers, helped keep ASU from pulling away for most of the game, but the Sun Devils kept returning to the paint and ultimately overpowered Harvard’s backline, more than doubling the Crimson’s point total in the lane.

“I’m sure it was part of their game plan to go inside against us,” Amaker said. “They got the ball to the rim and attacked the paint, and we didn’t do a good enough job defending it.”