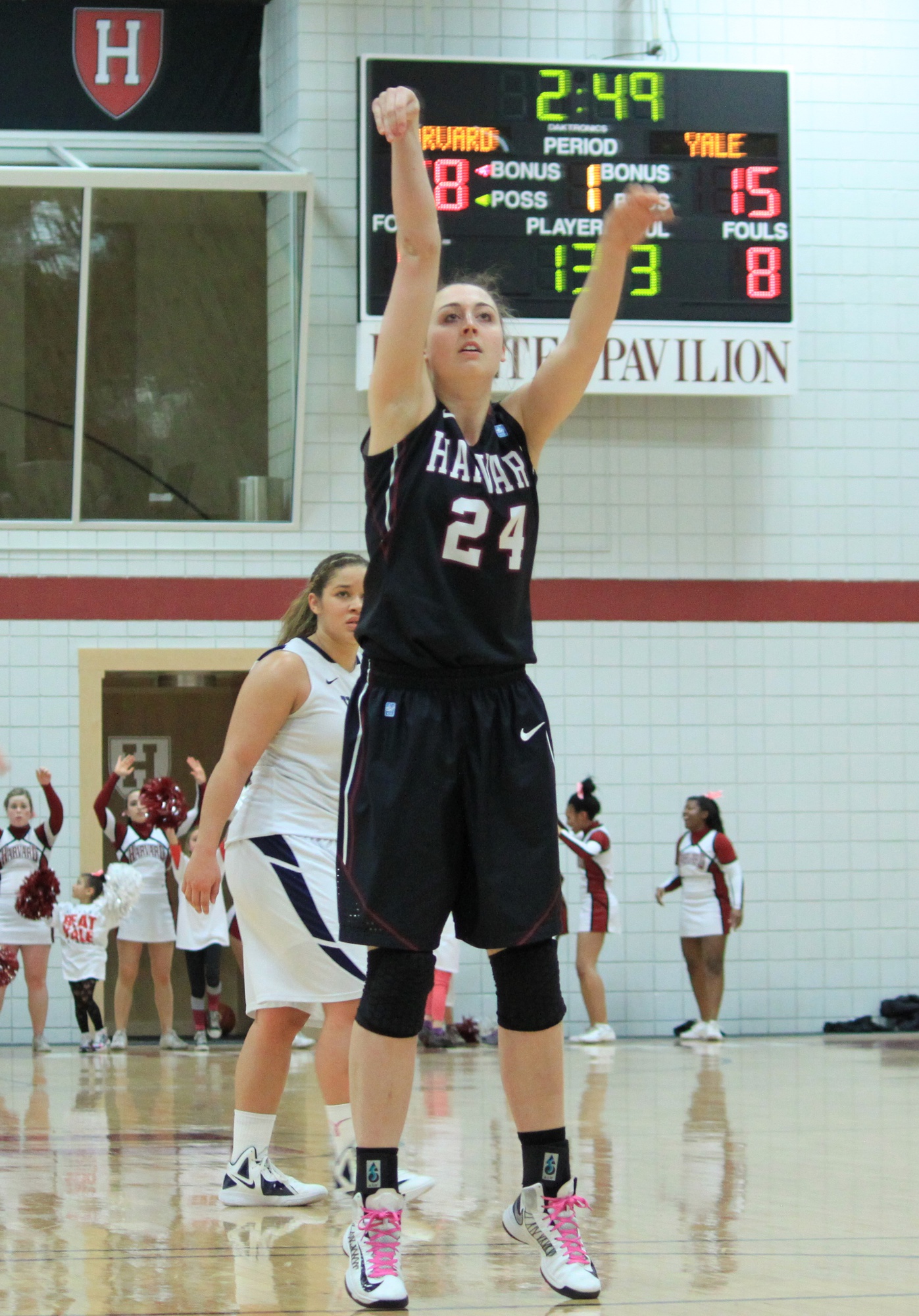 Heading into a Sunday matchup with Maine, the Harvard women’s basketball team (4-4) was a gambler’s delight.

In the first seven games of the season, the Crimson had followed a script of predictable unpredictability, following every win with a loss and vice versa.

This trend continued in Bangor, Maine. A few days after dispatching Massachusetts, Harvard fell prey to a cold-shooting first half and suffered a 65-46 defeat at the hands of the Black Bears (5-3).

“We need to change something within ourselves so that we can come out in the first half and play basketball like we know how to,” senior guard Ali Curtis said. “It’s all about heart and intensity, and we didn’t show that today. That’s what we have to bring.”

The reason for the Crimson’s loss could be traced to one eight-minute period and one Maine player.

For eight minutes of the second half, the Black Bears held Harvard scoreless. During this time, the score changed from a 10-10 deadlock to a 23-10 Maine lead.

In addition to clamping down defensively, the Black Bears made 56 percent of their first-half shots, with seven players knocking down a shot.

“They came out aggressive,” co-captain Kaitlyn Dinkins said. “We were on our heels and made stupid turnovers on offense that they capitalized on.”

When the Crimson trudged into the locker room at the break, Maine led, 31-15. The 16-point gap was the largest first-half deficit that Harvard had faced since its loss to No. 2 Notre Dame.

Overall, the Crimson shot 32 percent over the first half and recorded as many turnovers, 15, as points. Many of these giveaways came in the form of steals, as the Black Bears grabbed nine takeaways before the break.

“We were trying to force it inside to a fault,” Curtis said. “We needed to reverse the ball and use pass fakes and attack. We tried to thread the needle inside, and it got tipped every time.”

On the other side of the ball, Maine rode a huge afternoon from junior forward Liz Wood. Wood, who averages 15.1 points per game, finished with 25 points on nine-for-13 shooting. She also led the team with nine rebounds.

In the second half, Wood proved particularly important, as she recorded 16 points after the break. This total included a three-minute stretch when Wood warded off a Harvard rally by scoring nine consecutive points for the Black Bears.

Harvard started the second half on a 5-0 run that cut the deficit to 11 points and brought the team within arm’s length.

“We came out and knew that we needed to take risks and play more aggressively in order to stay in the ball game,” Curtis said. “We started taking chances defensively and making them feel uncomfortable.”

But in a theme that would repeat throughout the afternoon, Maine stemmed the damage with the combination of tight defense and Wood’s offensive play. Six minutes later, the Black Bears recaptured a 16-point lead.

“As a team, we were not able to combine our offensive scores with defensive stops,” junior forward AnnMarie Healy said. “They hit some very good shots and ran a very disciplined offense.”

The Crimson also began the first half with play that encouraged a burst of hope. Forty seconds into the game, McDonnell drilled a three-pointer to put Harvard up 3-2.

However, it was the last lead of the day for the Crimson. After falling behind 20-10 with six minutes left in the first half, Harvard would never get within single digits of Maine.

Despite trading baskets with the Black Bears to close out the game, the Crimson never came closer than 19 points to Maine’s lead.

“After the game in the locker room, we talked about how in these next few weeks everyone has to look in the mirror, identify [her] weakness, and then make a change, make it [a] strength,” Healy said. “It’s a tough loss, but we are tougher.”