Walton To Protesters: 'What Will You Do?' To Fight Racial Inequality 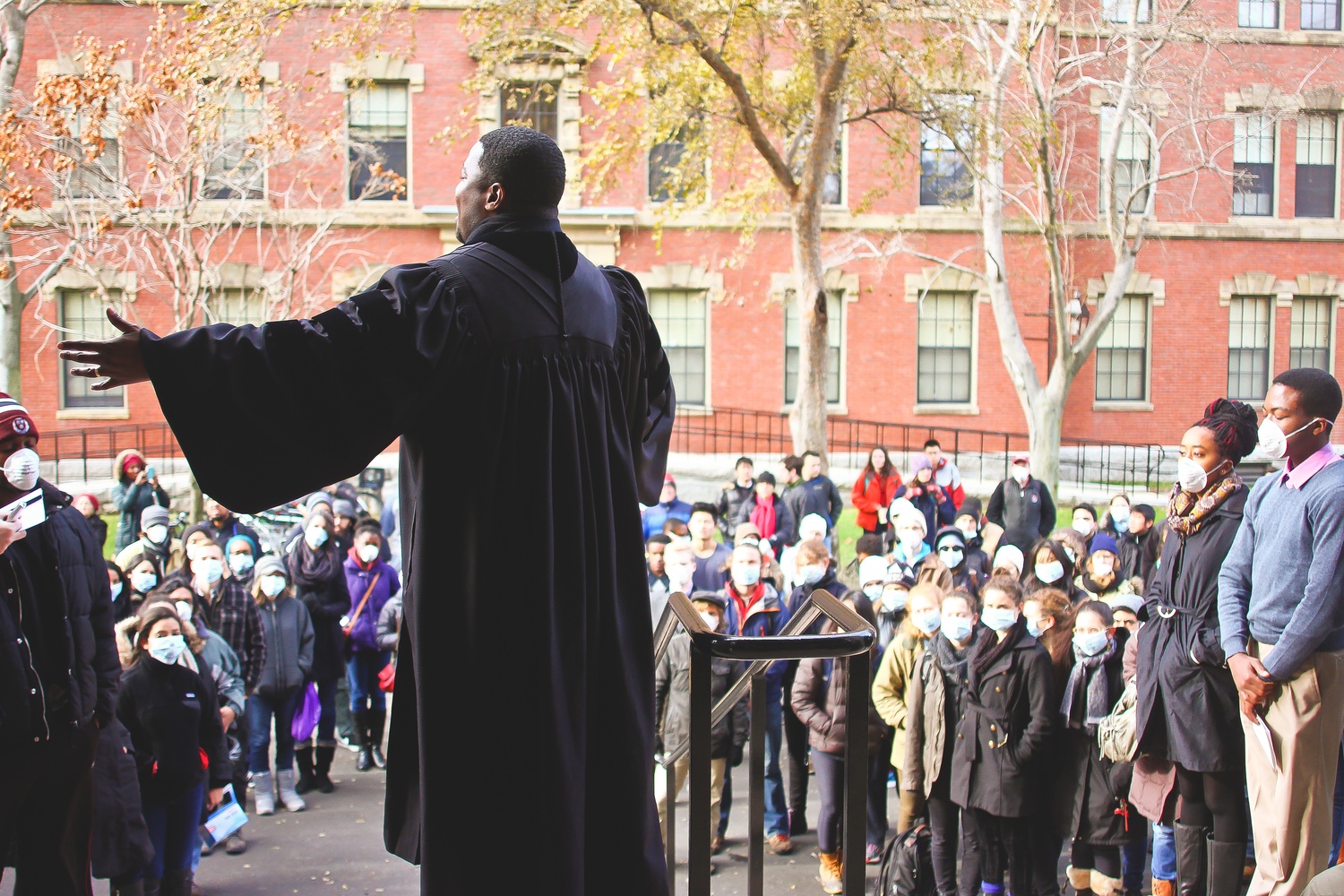 Dozens of students and affiliates lay on the cold ground outside of Memorial Church Sunday morning as part of a die-in protest, inspired by the decisions not to charge two white police officers whose actions led to the deaths of black, unarmed men this summer. Attendants of the usual 11:00 a.m. Sunday church service stepped slowly through the still bodies, and many stopped to take pictures or join in the demonstration.

The event followed weeks of protests nationwide and on campus over the deaths of Michael Brown and Eric Garner. Brown was shot and killed by Darren Wilson, a white Ferguson, Mo. police officer, in August. Garner died in July after being put in a chokehold by Daniel Pantaleo, a white New York City police officer.

“I see it as my job to create the conditions of robust moral dialogue and debate,” Pusey Minister in Memorial Church Jonathan L. Walton said in an interview before his Sunday Memorial Church service. “What is right? What is good? What is just? Many of us from across faith traditions operate from the fundamental assumption that lethal force against unarmed citizens does not meet the standards of a democratic society.”

Walton added that he thinks the deaths of Brown and Garner raise deeper concerns than just questions over innocence or guilt, such as a “criminal justice system run amok” and “broken windows policing.” 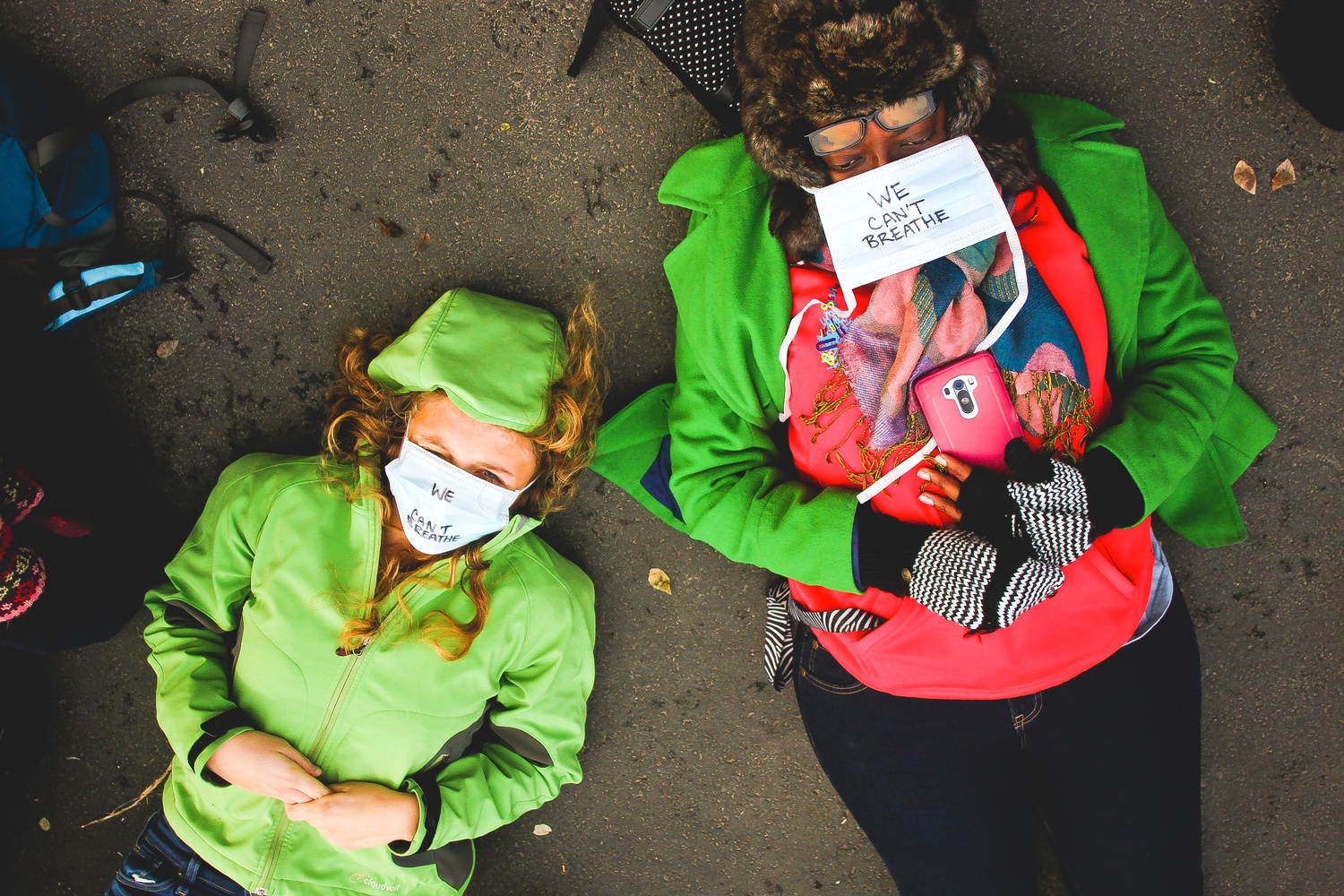 Walton gave a sermon as part of the regularly scheduled Sunday service, where he urged attendants, as Christians, to act against what he called a “cruel blood ritual in the name of public safety” and the use of prisons for “social control.”

After a long applause and standing ovation, Walton departed Memorial Church to meet a crowd of students for the die-in outside. Most students bore surgical masks that read “I can’t breathe,” a reference to the dying words of Garner. Many students had worn similar masks as a sign of solidarity on Friday.

“People actually, when they see the dead bodies, they read and remember, as well as walk over and [are] forced to feel it,” said Robert Rush ’18, who helped organize the “die in.”

Other attendants said they felt they needed to participate in the event to demonstrate their alliance with the movement. 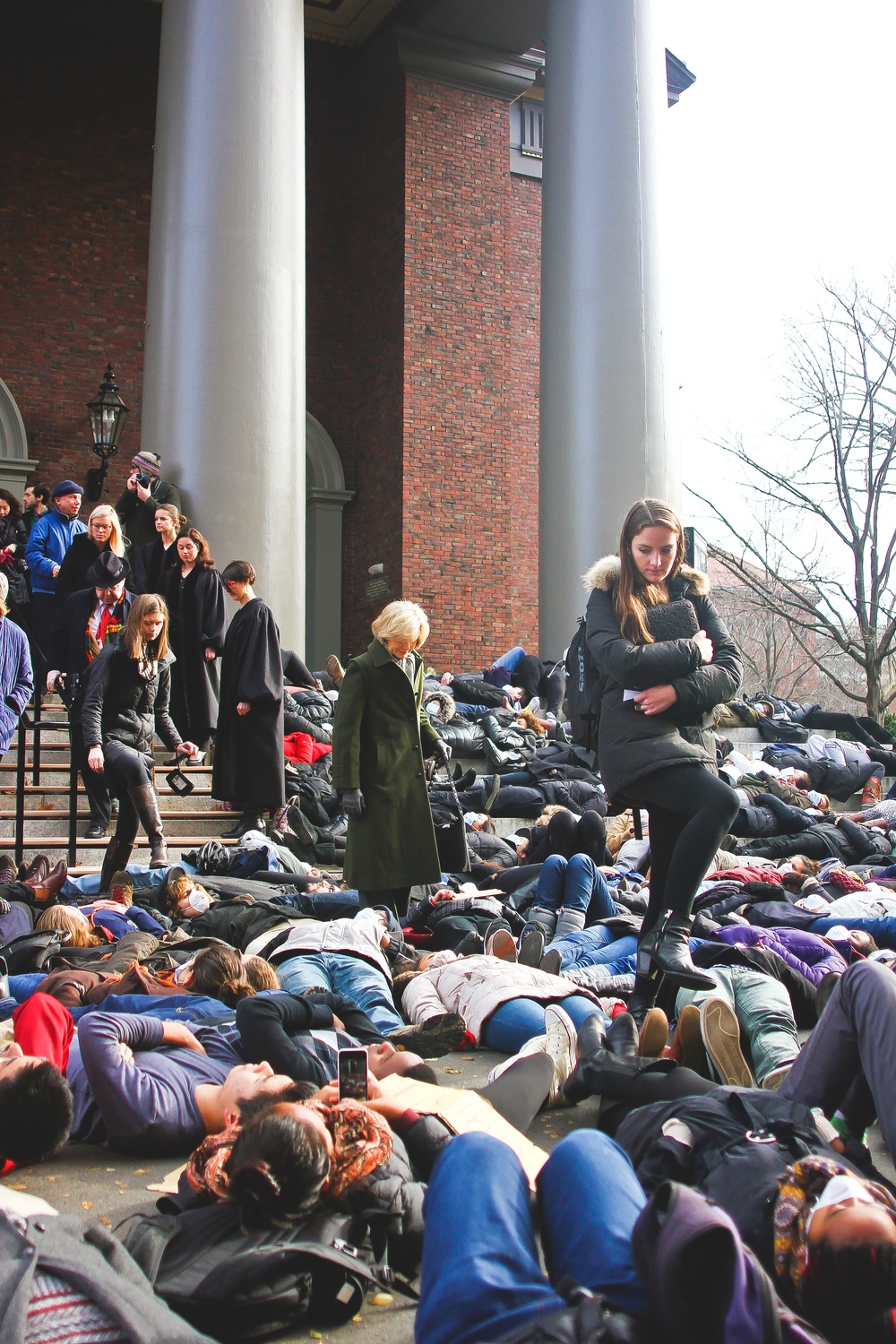 Service attendees step over bodies of protesters at the die-in event in December outside of Memorial Church. By Shunella Grace Lumas

“I think it’s important as a non-African American population to show our support for the movements, to be what they call ‘white allies,’" said Jimena Villar de Onis, a student at the School of Public Health. “It’s always important for us to tell them that they [have] support all around the U.S. and all around the world.”

In his speech to students at the die-in, Walton, often drawing applause, referenced racial profiling and police violence in his own youth and said there is continued need for discussions today.

Walton reiterated many of the “larger, systemic problems” he mentioned in his Memorial Church sermon and urged students to take action, pressing them to ask what they would contribute to the fight against injustice.