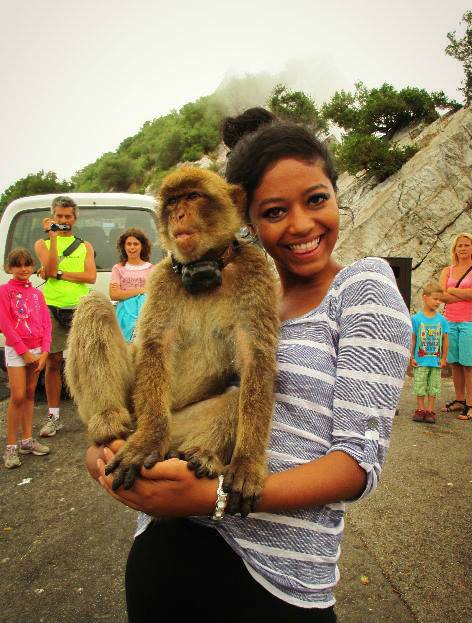 Angela Mathew '15 died in a car accident on Feb. 10 on the New Jersey Turnpike while returning to campus from a mock trial competition in Virginia. Gatherings were held across the College in honor of Mathew on Monday night. By Courtesy of Peter Barfield
By Matthew Q. Clarida and Madeline R. Conway, Crimson Staff Writers

If there was a student who could master the art of balancing courses, extracurriculars, and a social life better than the rest, it was Angela R. Mathew ’15, her friends remember.

Mathew, a neurobiology concentrator from Albuquerque, N.M., who hoped to become a doctor, died early Monday morning in a traffic collision on the New Jersey Turnpike while traveling back to Harvard from a mock trial tournament in Virginia. She was 20.

Friends remember Mathew as a committed student, a dedicated contributor to the campus community, and a friend with an infectious spirit who was simply a joy to be around.

“Right when I first met her, I was like, ‘you’re that girl, you’re the one who is absolutely stunning,’” said friend Peter F. Barfield Jr. ’15. “She just had a personality that is so magnetic. You wanted to learn more about her.”

Kaleigh N. Henry ’15, who lived with Mathew in Leverett House, agreed. “She just had this spirit,” Henry said. “People were attracted to her and wanted to be with her.”

“She was a very special girl,” added Ryan P. Kelly ’15. “I know I’ll never have a friend like Angela again.”

Mathew was a presence all over campus, friends say. In addition to serving as a director of the Harvard Mock Trial Association’s high school seminar program, she was president of the Harvard College Science Club for Girls, Harvard’s chapter of a mentoring organization that connects college scientists to K-12 students. She was also involved with Harvard Model Congress Boston and was an inactive Crimson magazine editor.

“Semesters later, the girls she taught previously would still come running up to hug her whenever they saw her at the school,” Meredith A. MacGregor, a student at the Graduate School of Arts and Sciences who worked with Mathew on the board of Science Club for Girls, wrote in an email.

“Even if she had only had [less than] 4 hours of sleep before clubs, which happened often since she was so involved and put her whole heart into everything she did, she was always so full of energy and life,” Stephanie L. Lim ’14 and Elizabeth S. Dunkel ’14, two other members of the board, wrote in their own email.

“She really devoted her heart to everything she did,” Henry said. “If she joined something, she immediately flourished and excelled at it.”

Mathew had spent the weekend competing with the Harvard Mock Trial Association at a competition in Richmond, Va. The junior impressed at the event, winning an “outstanding witness” award and helping Harvard to first place overall.

While in high school at Albuquerque Academy, Mathew was a National Merit semifinalist and involved in speech and debate. At the 2011 Harvard Invitational, she was a semifinalist in dramatic interpretation.

But at Harvard, Mathew’s friends remember her for always making time for them, even with a packed schedule of commitments.

“She was very selfless, but at the same time...she was extremely relatable,” Henry said. “She was a beautiful girl.”

Mathew is survived by her parents and her brother. The Mathew family could not be reached for comment Monday evening.

A memorial service for Mathew and a 2006 College alumnus who dies on campus last Thursday will be held at 7:00 p.m. Wednesday in Memorial Church.