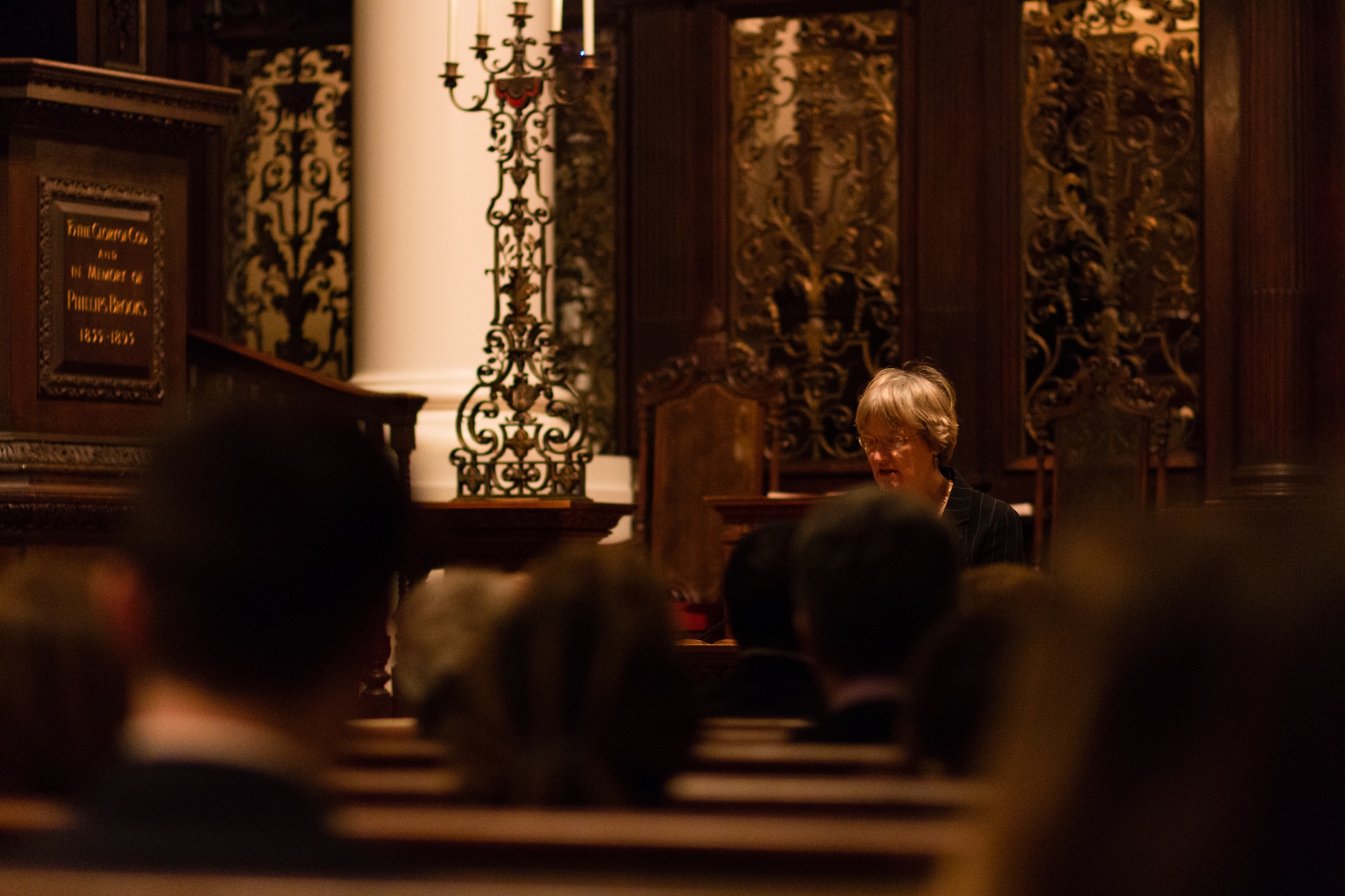 University President Drew G. Faust solemnly commemorates the life of Angela Mathew ‘15, as members of the Harvard community came together in Memorial Church to mourn the loss of Mathew and Stephen Rose '06 during a College-wide vigil Wednesday evening.
By Matthew Q. Clarida, Crimson Staff Writer 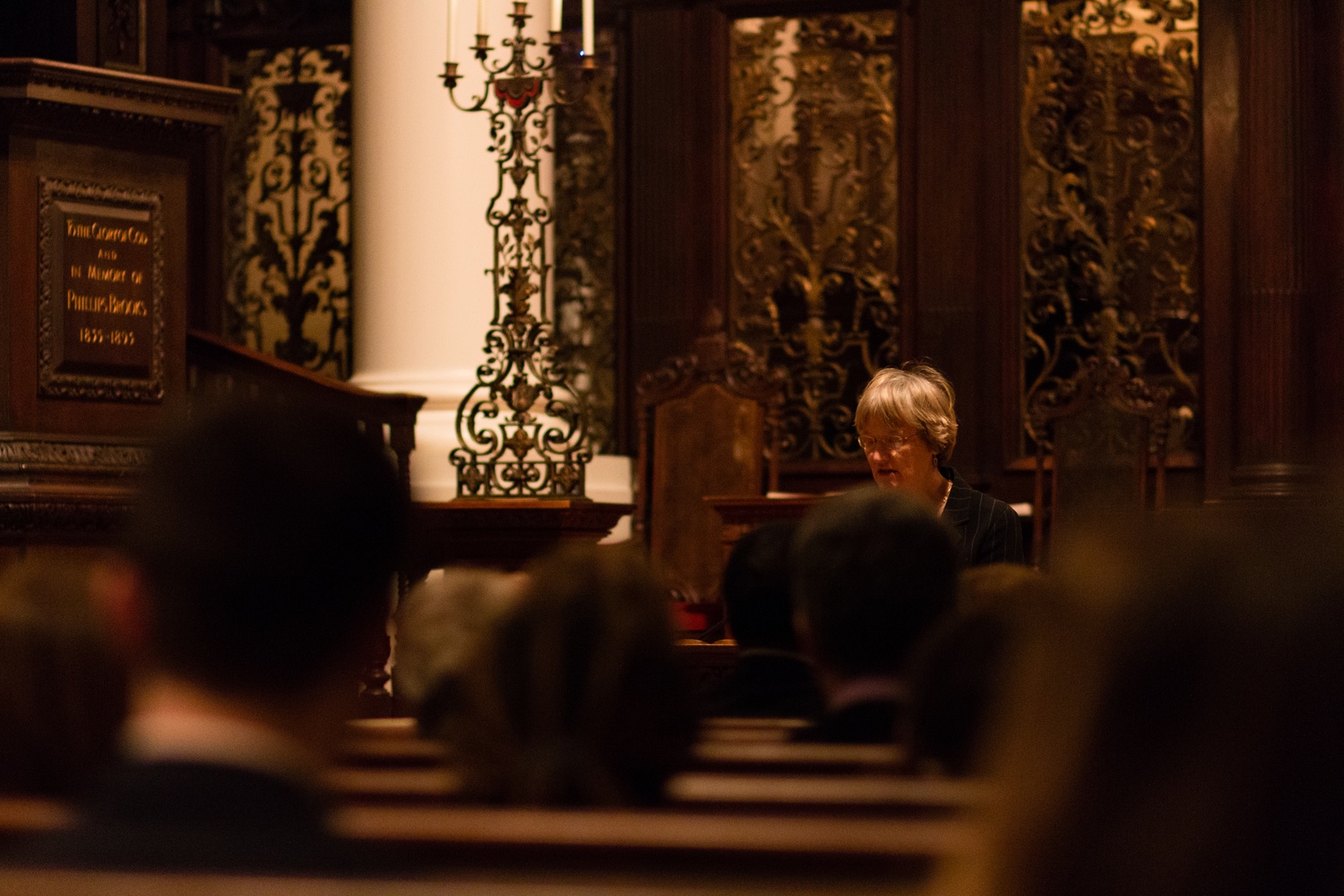 More than 200 members of the Harvard community gathered on Wednesday night in Memorial Church to remember the lives of Angela R. Mathew ’15 and Stephen Rose ’06.

Rose, who graduated with a degree in sociology and was living in the Boston area, jumped to his death on Feb. 6 from the top of William James Hall.

Mathew, a neurobiology concentrator from Albuquerque, N.M., was killed Monday morning in a car crash as she was returning to campus with members of the Harvard Mock Trial Association from a competition in Virginia.

After Faust and Pfister opened the program by emphasizing the power and importance of community, Henry, who shared a suite with Mathew in Leverett House, delivered a tribute to her friend. 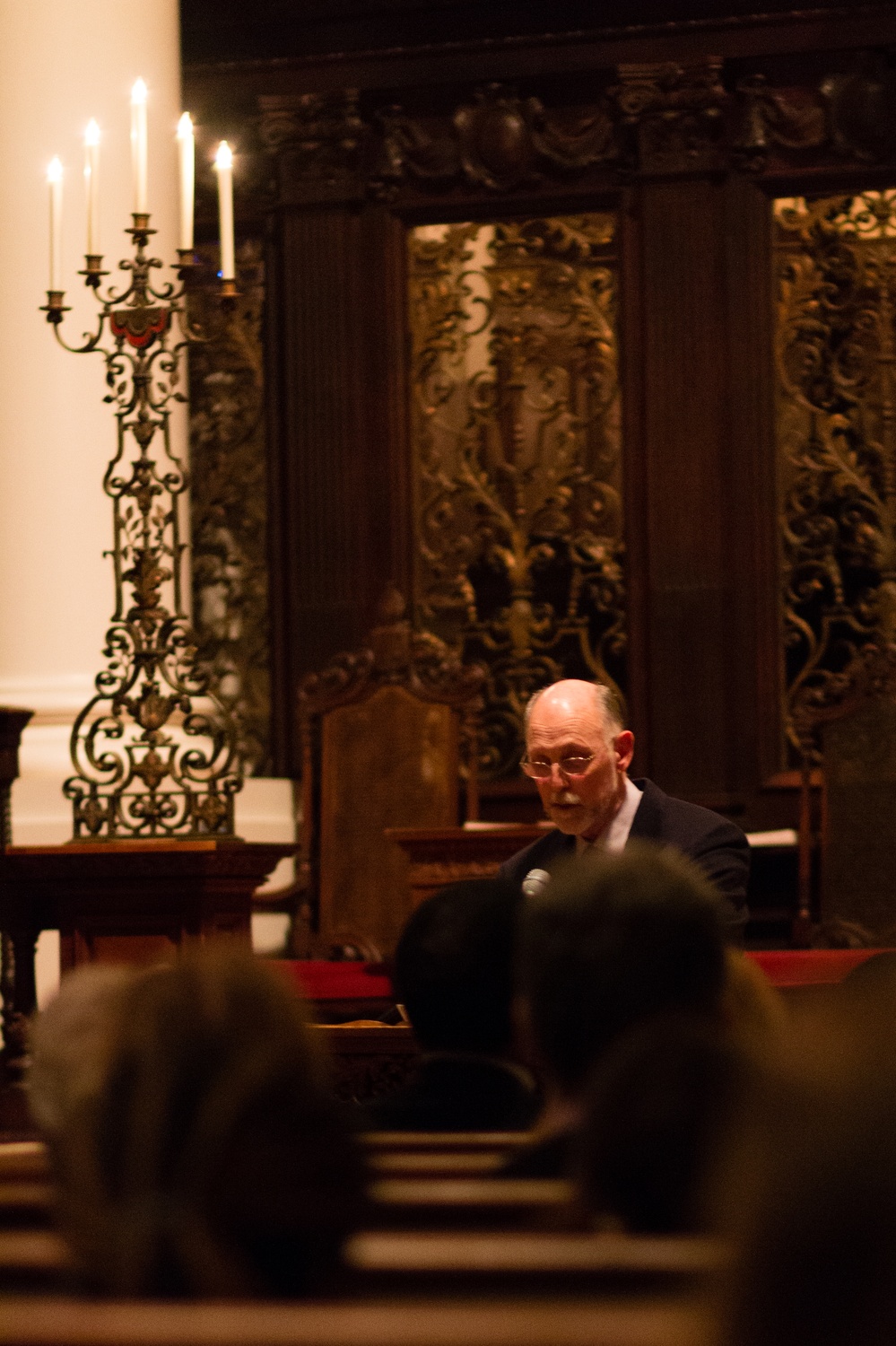 Interim Dean of the College Donald H. Pfister verbalizes feelings of loss as members of the Harvard community came together in Memorial Church to mourn two recent deaths during a College-wide vigil Wednesday evening. By George J Lok

When Henry began to recount her fondest memories of Mathew, some individuals in the crowd—which had sat somberly and silently up until this point—began to laugh along to her tribute. Others stayed silent, while some sniffled softly.

“I often walked past her room late at night while she was working on some pre-med assignment,” Henry recalled, laughing herself. “Angela would always take that time to look up, smile, and exchange a sassy comment, before going back to work for hours.”

After Henry finished, Georgi delivered a short address. He focused on Mathew’s dedication to the community and to mentorship. As president of the Harvard Science Club for Girls, Mathew worked with young girls interested in pursuing a serious science education.

“As the girls she inspired grow up, Angela’s spirit will live on in a new generation of women in the sciences,” Georgi said.

After a five-minute period reserved for silent reflection and prayer, Walton closed the service, focusing on both tragedies and encouraging those in attendance to be diligent in their care for others.

“None of us can control when the bell will toll for us or for loved ones,” Walton said. “We do not know what tomorrow has in store, but we can seize every moment that we do have to let the special people in our lives know that we love [them.]”

After the service, a long line formed as members of the community waited to write their remembrances, prayers, and reflections on memorial boards set-up in a room off the seating area. The boards will remain in place until the end of February.