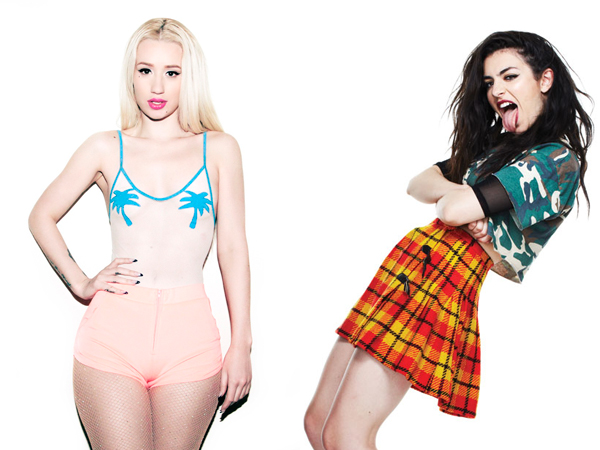 Like Katy Perry and Lady Gaga, Iggy Azalea and Charli XCX fuse dance beats, drops, and rap—but despite its rap influences, Azalea’s new single “Fancy” ends up sounding more pop than hip-hop. Azalea’s verses miss many of their opportunities to substantiate the song’s lyricism, but given the effectiveness of the dance beat, the trade-off quickly becomes worthwhile. In the context of Azalea’s discography, the track is experimental, and to dismiss this song as another pop single would be a mistake. The track transcends the “club” setting and affirms Azalea’s break from her comfort zone. Charli XCX moves the song in a pop direction, while Iggy executes her raps cleanly, their collaboration imbuing the song with an underground “hip-pop” feel. Yet focusing on the beat may distract from the more subtle qualities of the track, such as Azalea’s extravagant version of female empowerment. Reversing the trend of male dominance in hip-hop, Iggy comes off as a woman who knows her worth. Through “Fancy,” she breaks from the mainstream and hopefully opens up the floor for more female rappers.

“The New Classic” is out on April 14 via Island Def Jam in the United States.