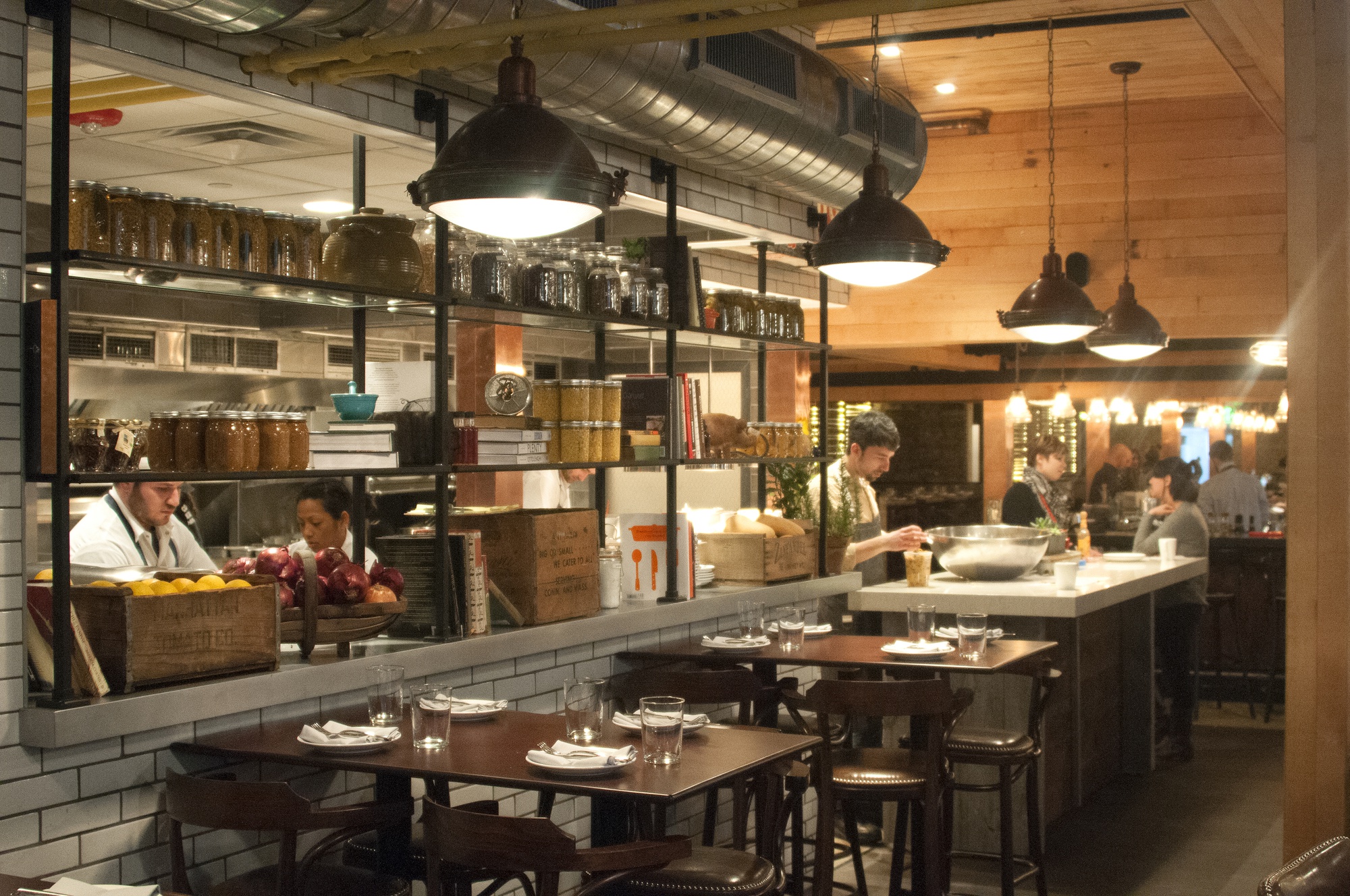 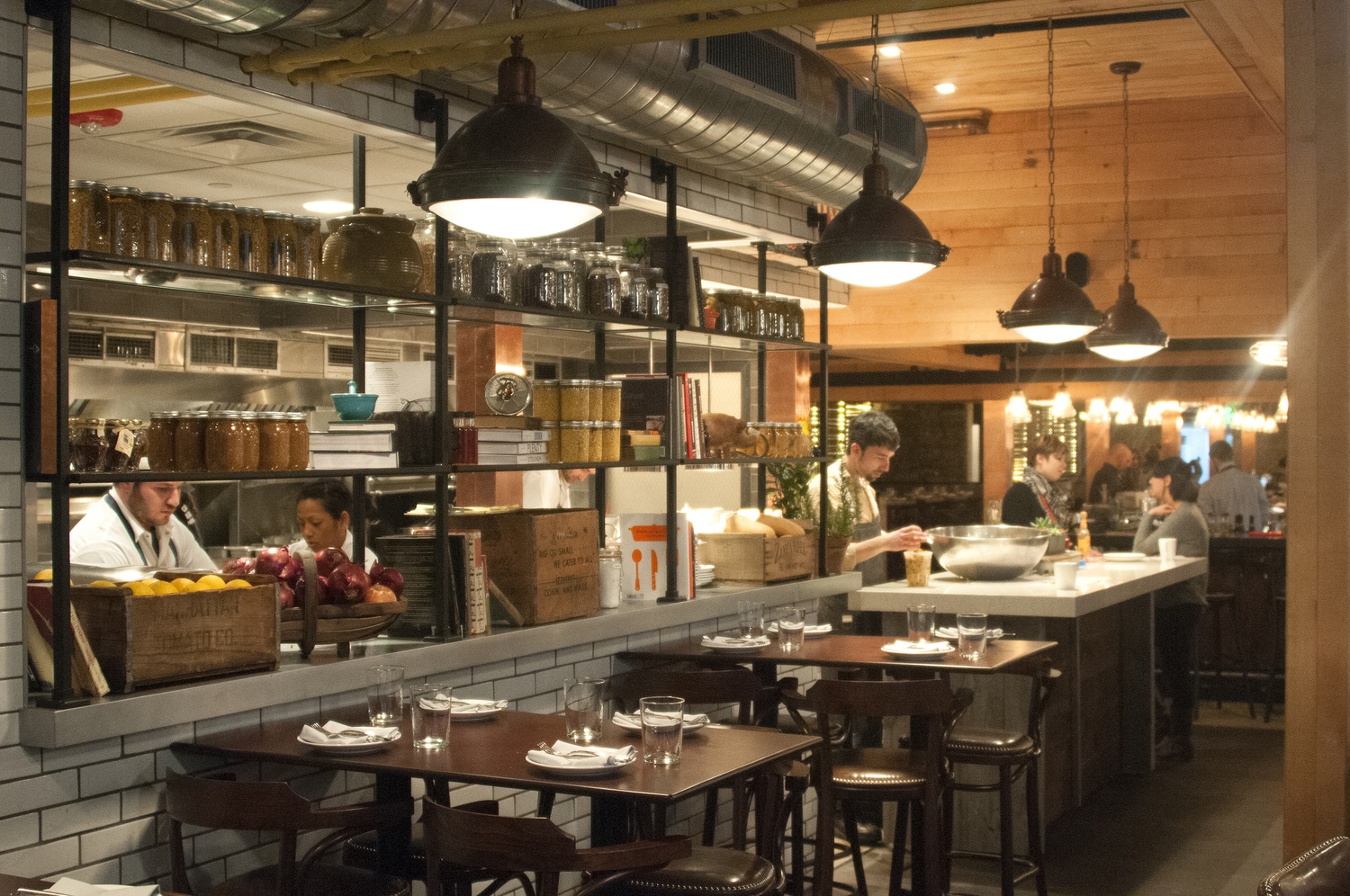 Alden & Harlow, the restaurant that opened Friday in its location under Cafe Algiers on 40 Brattle St., pays homage to Harvard Square with its decor, its independent ownership, and even its personnel.

Featuring many of the murals that decorated the walls of its predecessor, the new bistro employs a line cook whose great uncle was the original owner of Club Casablanca, the iconic bar that occupied the space for more than 50 years.

“The name of the restaurant itself is the ultimate nod to the Square,” owner and chef Michael Scelfo said.

According to Scelfo, the architects Frank Ellis Alden and Alfred Branch Harlow designed the building the restaurant is housed in. The pair was also involved in the commission of Cambridge City Hall.

“They’re about as Cambridge an architectural firm as you can get,” Scelfo said.

Scelfo, who formerly worked as a chef for Russell House Tavern, describes the fare at Alden & Harlow as “the type of food I like to serve at home.”

“I think at its core it’s American food, which is kind of a melting pot anyway,” he said. “I think I definitely lean toward the Mediterranean in terms of what I like, having grown up in an Italian family.”

Scelfo’s restaurant serves brunch and dinner, with menu items that feature seasonal ingredients in both small plates and larger entrees. Prices range from $7 to $17 per plate.

Scelfo said wants his restaurant to cater to a wide clientele and “be everything to everybody.”

“It’s a great place for students to come in from school, hangout, and have late night snacks,” said Scelfo in reference to the kitchen’s 1 a.m. closing time.

The bar is open until 1 a.m on the weekdays and 2 a.m. on the weekends, making it “a great place for faculty to come in and have meetings and after-work drinks,” Scelfo said.

Scelfo said one of his favorite menu items, the mesquite tortellini, exemplifies the restaurant's philosophy.

Scelfo also discussed the numerous tributes his restaurant makes to Harvard Square and the city of Cambridge in general. Scelfo said he sees his restaurant as continuation of Square history.

“Alden can be that more independently owned [restaurant],” Scelfo said, adding that he wants to help create a new identity for Harvard Square that reflects its reputation as a locus of independent business.

Denise Jillson, executive director of the Harvard Square Business Association, echoed this sentiment, explaining that even the restaurant’s name can be traced back to the idea of preserving history in the Square.

“Casablanca was an iconic location. For [Scelfo] to go into that location and transform it has been a lovely process to watch,” said Jillson. “He has done it with great style and respect to the original design of building.”

The restaurant has been up and running for less than a week, but according to Scelfo, the business has gotten off to a solid start.

“It’s been as good as I hoped for,” Scelfo said. “It’s very difficult to do anything perfectly, and I think restaurants are probably the most challenging thing, so I’d be lying to you if I said I didn’t have a ton of things that I still wanted us to work on.”

However, Scelfo is already looking ahead to Valentine’s Day and warmer weather.

“[I’m] ready for the snow to stop and get some spring food in this place,” Scelfo said.

—Staff writer Celeste M. Mendoza can be reached at Celeste.Mendoza@thecrimson.com.