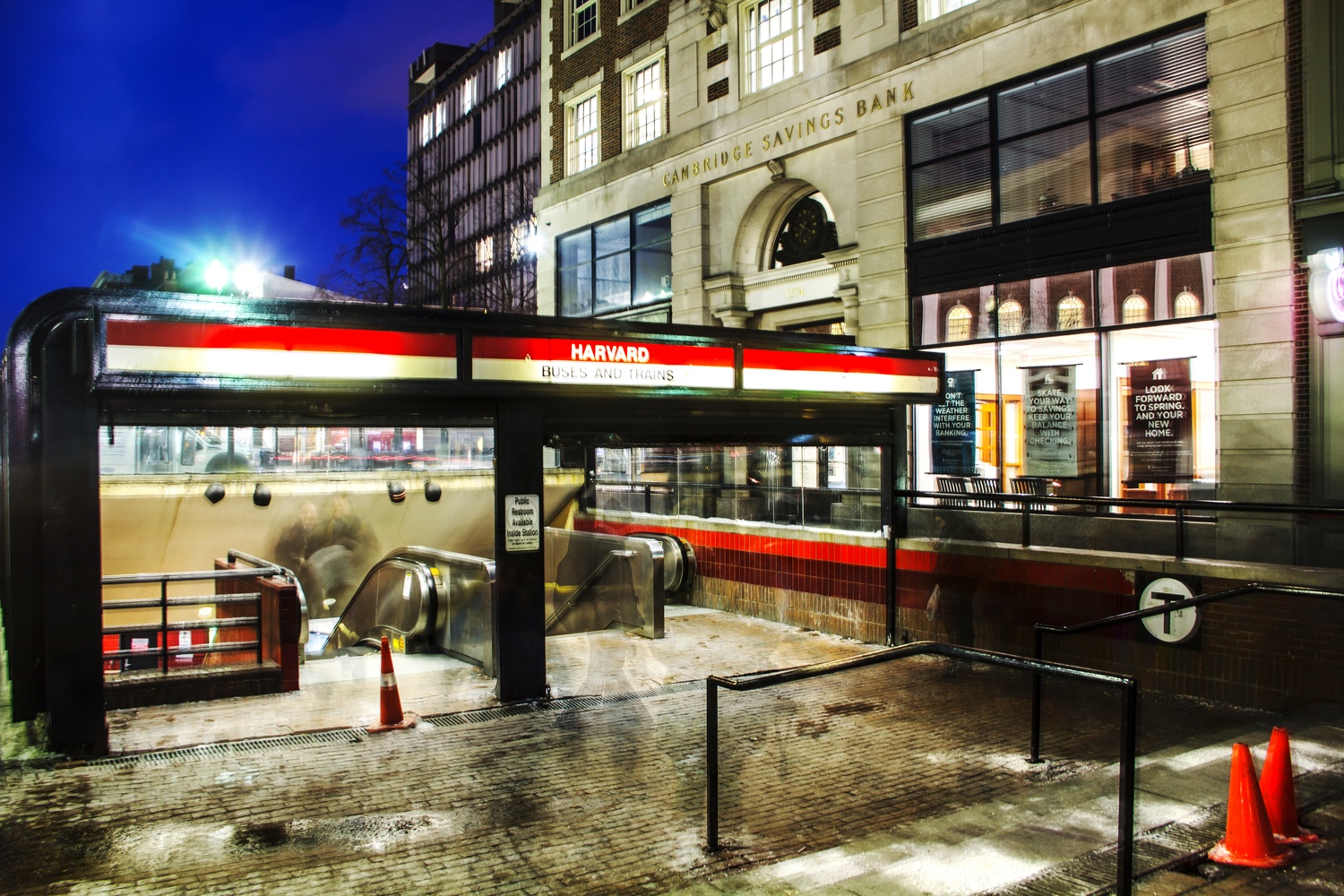 The MBTA is planning to extend late-night service on weekends until about 2:30 am starting March 28. The one-year pilot program will provide weekend services on all subways and the most popular bus lines. By Zorigoo Tugsbayar
By Matthew Q. Clarida, Crimson Staff Writer

The MBTA will run trains on the Red, Orange, Blue, and Green lines until about 2:30 a.m. on Saturday and Sunday mornings beginning on March 28, state and local officials announced on Thursday.

“Late night T service is the result of listening to our citizens and trying to respond to their needs,” Governor Deval L. Patrick ’78 said, according to a press release from his office. “World class cities offer late night public transit, to support the workforce and a vibrant nightlife, and Boston is a world class city.”

David Luberoff, a senior project advisor to the Radcliffe Institute’s Boston Area Research Initiative and a sociology lecturer, echoed Patrick’s sentiment, acknowledging that many believe that Boston’s lack of nightlife might hinder the city’s ability to compete economically and culturally.

But Luberoff said that it remains to be seen if that belief is accurate.

“We don’t really know if that’s true, so this is an experiment,” he said. “We’ll see what happens.”

The announcement comes after officials announced last December that the T and some bus routes will run for about 90 minutes more on weekend nights as part of a one-year pilot program. Residents of the Boston metropolitan area have said for years that the city’s public transportation services, which currently end at around 1 a.m. each morning, put significant restrictions on Boston’s late-night social scene.

The program is estimated to cost the state around $16 million over the next year, according to the Governor’s office. A small slice of that sum—around $1.5 million—has already been pledged by various corporate sponsors. The state is also seeking $20,000 in crowd-sourced funding for the program but will have to absorb a significant remainder of the costs.

A late-night extension of MBTA services was a popular plank of multiple campaigns during last year’s Boston mayoral election. Since his victory, first-term Boston Mayor Martin J. Walsh has voiced his support of the extension.

"My administration is committed to creating the kind of safe and vibrant late-night culture that's expected of a world-class city," Walsh said, according to a press release from the governor’s office. "Transportation is a critical element to making that vision a reality. I applaud Governor Patrick, Secretary Davey and Dr. Scott for their work to bring back late night service for the visitors and residents of Boston."

The program is expected to be particularly popular among college students, many of whom have joined Boston residents in complaints about the MBTA’s weekend hours.

An earlier version of this article incorrectly stated the days on which select MBTA lines will stay open late. In fact, the Red, Orange, Blue, and Green lines will remain open until about 2:30 a.m. on Saturdays and Sundays.