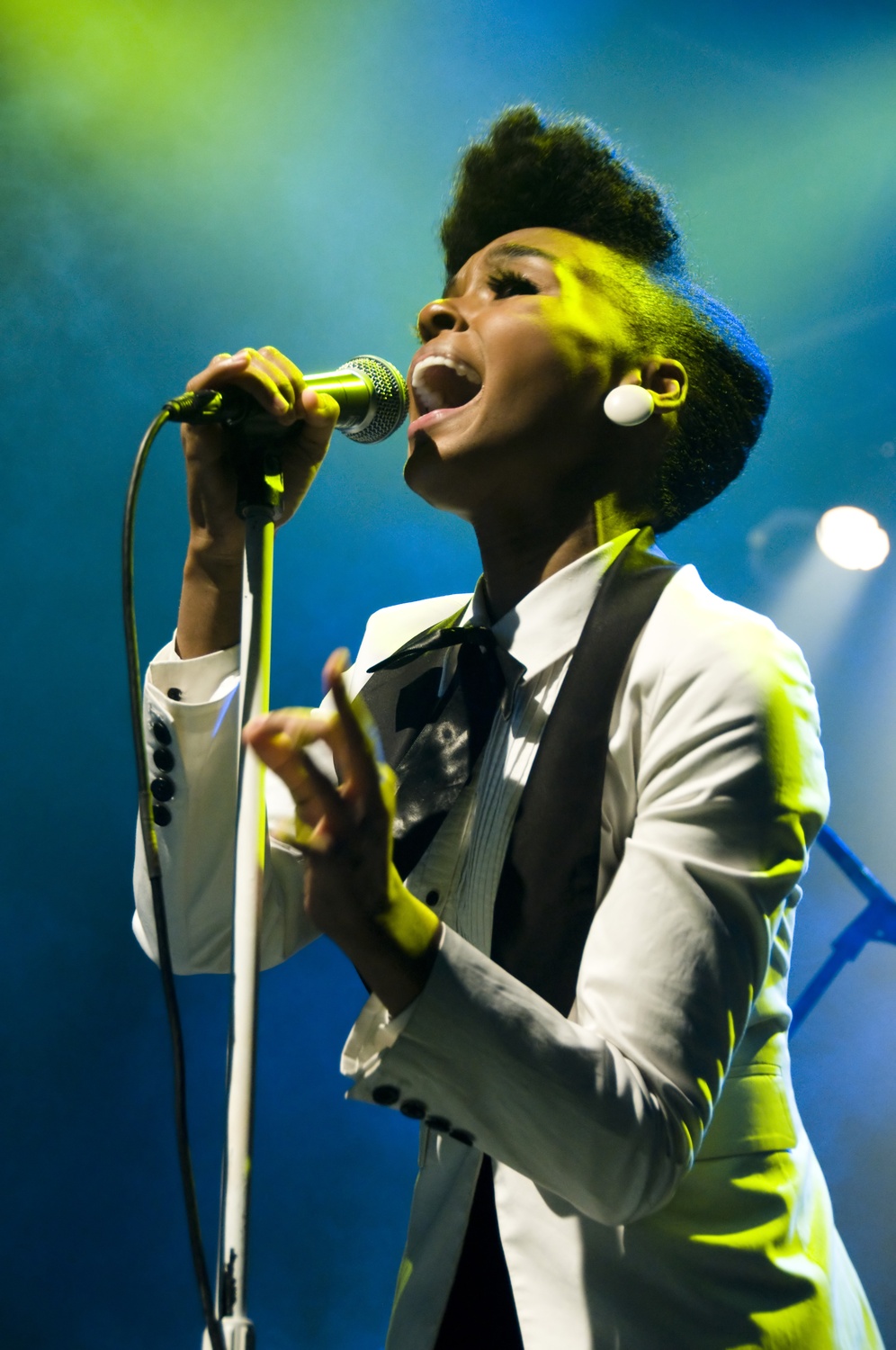 Janelle Monáe, an American R&B and Soul musician, will be performing at Yardfest 2014. By Wikimedia Commons
By John P. Finnegan, Crimson Staff Writer

Janelle Monáe will be the headlining act at Yardfest 2014, according to a video posted by the College Events Board on its website late Thursday night.

The Grammy-nominated American R&B and soul musician is known for her critically acclaimed 2010 concept album The ArchAndroid, her hit song “Tightrope,” and her guest vocals on Fun.’s 2012 song “We Are Young.”

The CEB and the Harvard Concert Commission, who planned the event, began their search for a headlining artist last October, according to an email circulated by members over House and freshman dorm lists. The email also included a Qualtrics poll asking for student preferences on the choice of the artist and their thoughts on how Yardfest overall should be presented.

The groups finalized their contract with Monáe over the past week.

“Janelle’s personal brand of funky, psychedelic pop music and her rad backing band are going to make for an awesome show, and we’re expecting the student response to reflect that,” according to a statement by the two organizing groups.

The selection of last year’s act, Californian rapper Tyga, provoked vocal criticism from student groups who spoke out against the artist’s allegedly misogynistic lyrics and called for the cancellation of his performance. In response to the controversy, the CEB decided to push back Tyga’s appearance to later in the evening to allow students unhappy with the choice to eat and leave early.

This year’s artist has generated significantly less controversy so far, according to students interviewed shortly after the announcement.

“Every year I have been at Harvard—and I’m a senior—Yardfest has been headlined by an artist that is both sexist and terrible. Janelle Monáe is neither,” Andrew J. Boyd ’14 said.

Other students agreed, although they said that Monáe was not their first choice.

However, some students voiced concern over the fact that Janelle Monáe is not as widely known as previous acts, with several students saying they had no knowledge of her whatsoever.

“Tyga may have been a more popular name, he was a more recognizable name,” Erin P. McDonnell ’15 said.

Others voiced their confusion over Facebook. “[W]ho is she?” wrote Nick D. Bendell ’17 on the post announcing the choice. The comment had garnered more than 21 likes at press time.

Still, despite Monáe's low profile, students expressed their satisfaction with the selection.

—Staff Writer Conor J. Reilley contributed to the reporting of this story.