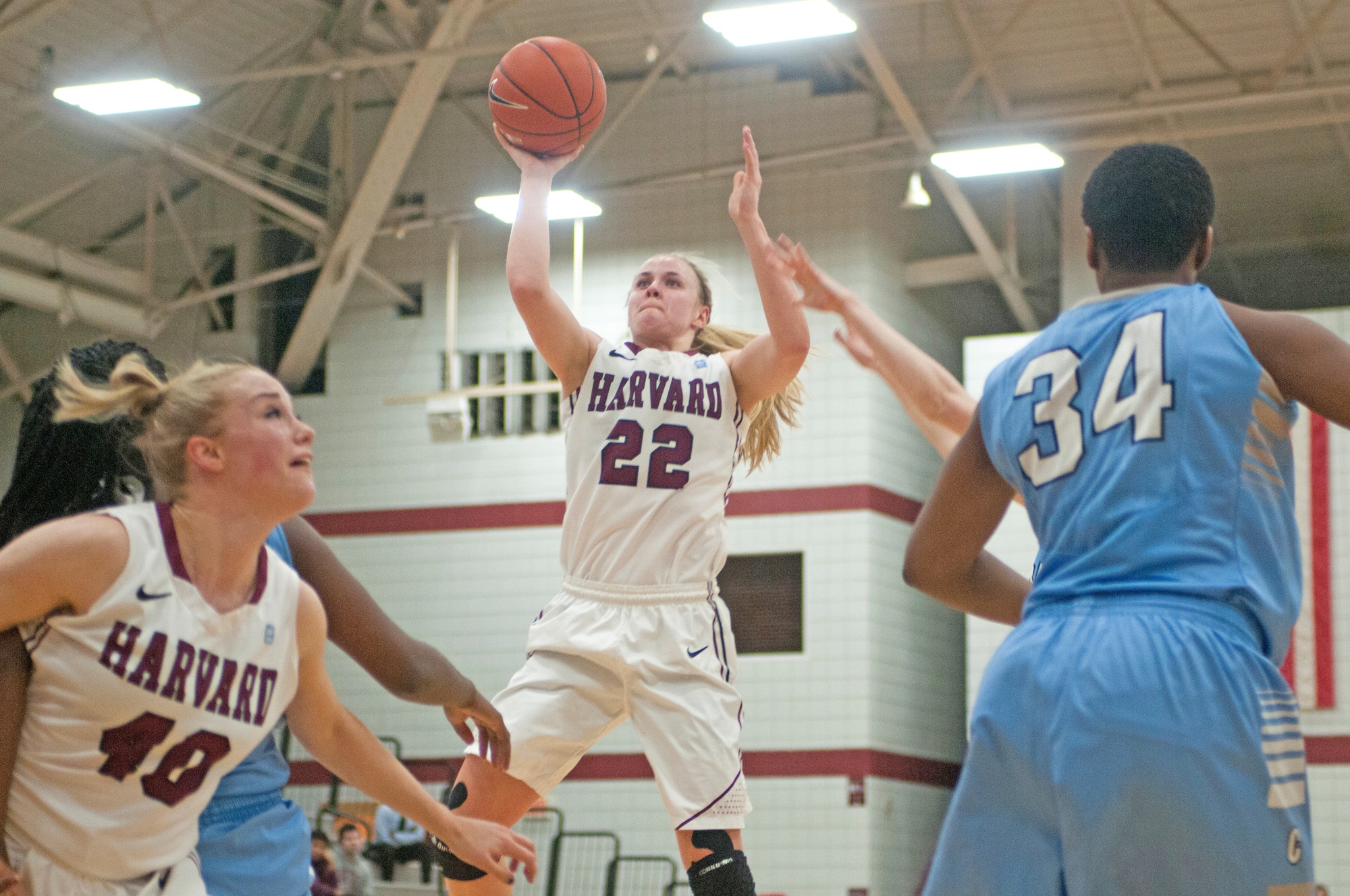 Spokane wasn’t the only place that a Harvard basketball team was feeling victorious on Thursday. Hours after the men’s squad upset Cincinnati, the women (22-7, 11-3 Ivy) pulled out a nail-biting win in New Rochelle, N.Y. to advance to the second round of the WNIT for the third consecutive year.

With seven seconds left on the clock and Harvard up by two, Iona guard Aleesha Powell drove to the basket for a hard layup, drawing the foul on captain Christine Clark and making the basket for the three-point play. Powell, an 84.9 percent free-throw shooter, completed the and-one.

But Clark was not about to let her season—and Harvard career—end with that. The veteran took the inbounds pass from junior forward Erin McDonnell and took the ball from one end of the court to the other, blowing past five Iona defenders and putting up a layup of her own with 0.8 seconds left to give Harvard the lead.

“We had two options going in [to the final possession],” Clark said. “Our other option got taken away because they were running the zone-press on us, so I went with the next option, and that was me driving to the basket.”

The senior led the Crimson’s offensive attack all year, averaging 16.7 points per game, but was shut down for much of the night by Iona forward Joy Adams, who foiled Clark’s attempts all night to drive into the paint and held the guard to just five-for-18 shooting.

“They had Joy Adams, one of the most athletic players we’ve seen all year, on Clarkie,” Harvard coach Kathy Delaney-Smith said. “I didn’t think Clarkie was going to get all the way…. But the Red Sea just opened up, and Clarkie did a great job, she was under control and read it, went all the way to the basket and didn’t force it.”

Harvard held a lead as large as 13 after starting the second half by shooting 83 percent from the floor. McDonnell came out of the break with a personal 5-0 run, senior guard Jasmine Evans threw in a trey, and a three-point halftime lead suddenly became 11.

Then, with ten minutes to go, Iona found a hot hand. A string of three treys in as many minutes cut the lead to three. A minute later, guard Damika Martinez missed a shot from downtown, grabbed her own rebound, drove into the lane, and kicked the ball out to Aaliyah Robinson beyond the arc. Robinson knotted the game at 72-apiece, wiping away the advantage that the Crimson had held since five minutes into the game.

“[Iona] was very, very athletic, and they shoot threes,” Delaney-Smith said. “I didn’t think they would shoot them as well as they shot them tonight, but it was a really fun, exciting game for people to watch. I don’t think it was that much fun to coach necessarily, but both teams shot the lights out.”

Harvard hit 50.6 percent of its field goals and 47.4 percent from deep—high numbers by any standard—and the Gaels outstripped the visitors in both marks, shooting 52.3 percent from the field and 50 percent from three-point range. Of Iona’s 65 attempts, 34 were threes. Iona’s 17 treys set a school record.

“They shot 17-for-34 from three with a hand to their face, so I wouldn’t even say our defense was bad,” Delaney-Smith said. “On many of those threes, we couldn’t have done much more. That’s just what they do, and they do it well. They literally put four three-point shooters out there and an incredibly athletic rebounder, and they drive and kick, and they drive and kick.”

When the Crimson’s offense sputtered in the second half, it turned to its defense, relying on the combined height of McDonnell and junior forward Temi Fagbenle to defend the drive and pull down rebounds, where Harvard edged Iona, 41-32.

However, the Crimson lost some of its height coming in with senior guard Missy Mullins out with an ankle injury. Mullins joined a number of injured or sick Crimson players, including starting point guard Ali Curtis, who logged just 15 minutes with a sore knee. Senior center Elise Gordon also played limited minutes. Sophomores Kit Metoyer and AnnMarie Healy played significant minutes off the bench with the depleted Harvard roster.

“To pull out a win where a team puts out their best shooting effort, I’m proud of that, especially missing two starters and four off the bench,” Delaney-Smith said. “I think everyone tried to tough it out a little bit, but we missed them all.”