"Atlas" Is Charming But Emotionally Tepid 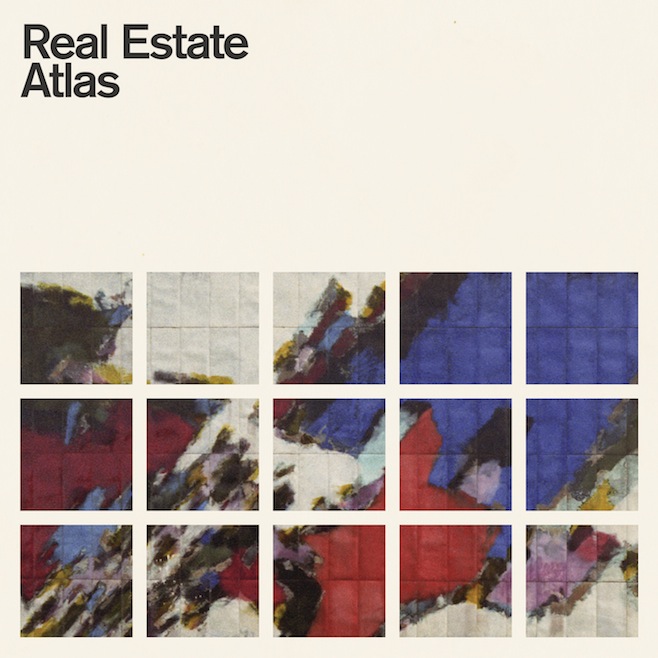 In an interview with Grantland, Real Estate lead singer, songwriter, and frontman Martin Courtney said that he hopes the band’s latest album will possess a great textural quality, enhancing the wafty riffs and pleasantly simple melodies found in abundance on their first two albums. But whereas the band’s first two albums were nostalgic, Courtney believes that “Atlas” strives for a “timeless” feel. Their previous discography paired a simpler sound with unconvincing lyrics that deal with adolescent problems. “Atlas” responds to these criticisms by increasing the band’s musical and lyrical complexity and intrigue.

Interestingly, in moving forward, Real Estate has cited influences from the past, particularly from ’70s soft rock. The songs on “Atlas” were also written in the aftermath of the band’s longest stretch on the road following Courtney’s marriage and the release of their second album and Courtney’s marriage. In describing Real Estate’s breezy sound, Courtney says that it “feels comfortable to us."

The comfort that the band demonstrates both musically and thematically is surely positive, but this facility also sheds light on the significant weaknesses and limitations of “Atlas.” Choosing not to experiment outside of their chosen style restricts possibilities for transitions in tone and mood that could highlight the brilliance of the sound Real Estate has perfected. There are few bands better at mixing melancholic singing with melodies that teeter on the border between joyfulness and apathy, a delicate balance of conflicting emotions.

Real Estate’s signature sound works best when complicated by moments of emotional excess. Unfortunately, though each song on “Atlas” explores elements of numbness and heightened feeling, no one song dives deeply into either extreme, leaving the listener unsatisfied. This may relegate the album to the status of background, work, and mood-setting music for many listeners, which is tolerable but unfortunate.

The best sequence of “Atlas” has to be the rewarding and surprising transition from the tragic “Talking Backwards” to the surreal instrumental “April’s Song.” The former is an emotive indie beach tune that contrasts the fastest and most upbeat melody on the album with Courtney’s unchanging melancholic tone. This consistency allows Courtney to enter slightly different atmospheres but always retain his thoughtful, sensitive voice.

From this downer moment, the album transitions to the “dream” itself, the instrumental “April’s Song” which begins as a sadder epilogue to “Talking Backwards” but transitions into reverie with a bouncy, otherworldly guitar countermelody that serves as a blank canvas to the listener. The listener is then pulled back into the often numb real world by the moan of “it’s so hard to feel” in the next song on the album, “The Bend,” and the dream is over.

What is remarkable about this album is its consistency. Each song seems to be necessary for the album as a whole, and each does something slightly different. Real Estate understands that their melodic, soothing riffs are good enough to stand on their own, allowing them to let minutes go by in a song like “Primitive” without the imposition of words. Despite their independence from lyrics, the songs do not lack intrigue and in fact heighten the wondrous sensation of being outdoors, on the road, and in the dream that “Atlas” captures so well.