David Royce, Stealer of Thresky Ibis and Drawer of Crimson Presidents, Dies at 82

From left to right, caricatures of Jeff A. Zucker '86, Gay W. Seidman '78, Jim Cramer '77, and Donald E. Graham '66, all former presidents of the Crimson drawn by David Royce. Royce died on April 4. He was 82. By Courtesy of David Royce
By Tyler S. B. Olkowski, Crimson Staff Writer 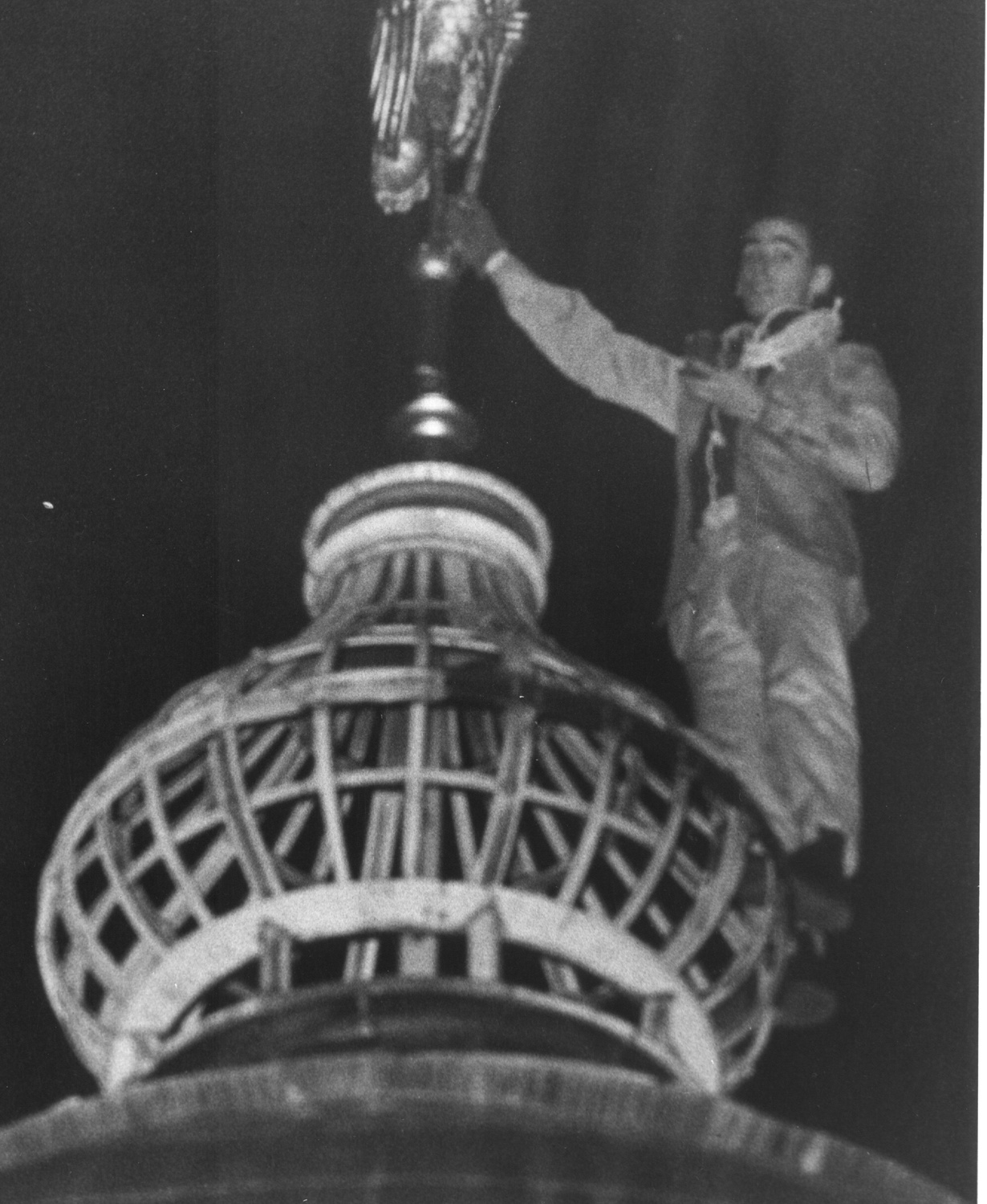 David Royce ’56 stands atop the Lampoon Castle ready to claim the organization’s treasured ibis. By Courtesy of Casey Lall

David Royce ’56—a sharp-penned cartoonist, controversial political activist, and the “alleged purloiner of the [Harvard Lampoon’s] Thresky Ibis”—died April 4 in Greenwich Hospital in Greenwich, Conn. after a two-year bout with lymphoma. He was 82.

Known for his eccentric brilliance, steady artistic hand, and penchant for mischief, Royce earned his spot in Harvard history after stealing the ibis that sits atop the headquarters of the Lampoon, a semi-secret Sorrento Square social organization that used to occasionally publish a so-called humor magazine. The large metallic bird was presented by Crimson editors as a gift to the Soviet Union’s deputy ambassador to the United Nations.

“He was an infestation of mischief personified,” Arthur J. Langguth ’55, a former president of The Crimson, wrote in an email. “His ribald eye was too unblinking for that era of euphemism and parietal rules.”

After graduating from Harvard in 1956, Royce served as an enlisted soldier in the U.S. Army in the Korean War, before settling in Westport, Conn., where he became known as a political activist and a local gadfly. He tried his hand at political cartooning for a number of newspapers, though never held a long-term job after college.

From left to right, caricatures of Jeff A. Zucker '86, Gay W. Seidman '78, Jim Cramer '77, and Donald E. Graham '66, all former presidents of the Crimson drawn by David Royce. Royce died on April 4. He was 82. By Courtesy of David Royce

Yet, friends and family said they remember Royce for his mystery, unpredictability, and independent streak.

“He was a dreamer,” said George S. Abrams ’54, a former managing editor of The Crimson and a current trustee. “You never knew when he would pop up or what he would want to talk about.”

No one interviewed about Royce’s life could remember when he comped The Crimson, rather it seemed to many that he simply appeared and began his work as a cartoonist.

“Royce's connection with The Crimson was mysterious,” Langguth wrote. “[He] turned up at the paper one day and began to live in the Sanctum.”

It was equally difficult to discern how Royce captured the elusive ibis, which sits precariously perched on the peak of the Lampoon Castle’s roof.

“I don’t know how he ever did it but he climbed up and brought the Ibis down,” said Abrams, who diplomatically presented the Ibis in the midst of the Cold War to Russian diplomat Semyon K. Tsarapkin for the newly-constructed Moscow University.

Since the early 1950s, Royce had caricatured every Crimson president, copies of which encircle the newsroom of the newspaper’s Plympton St. headquarters. 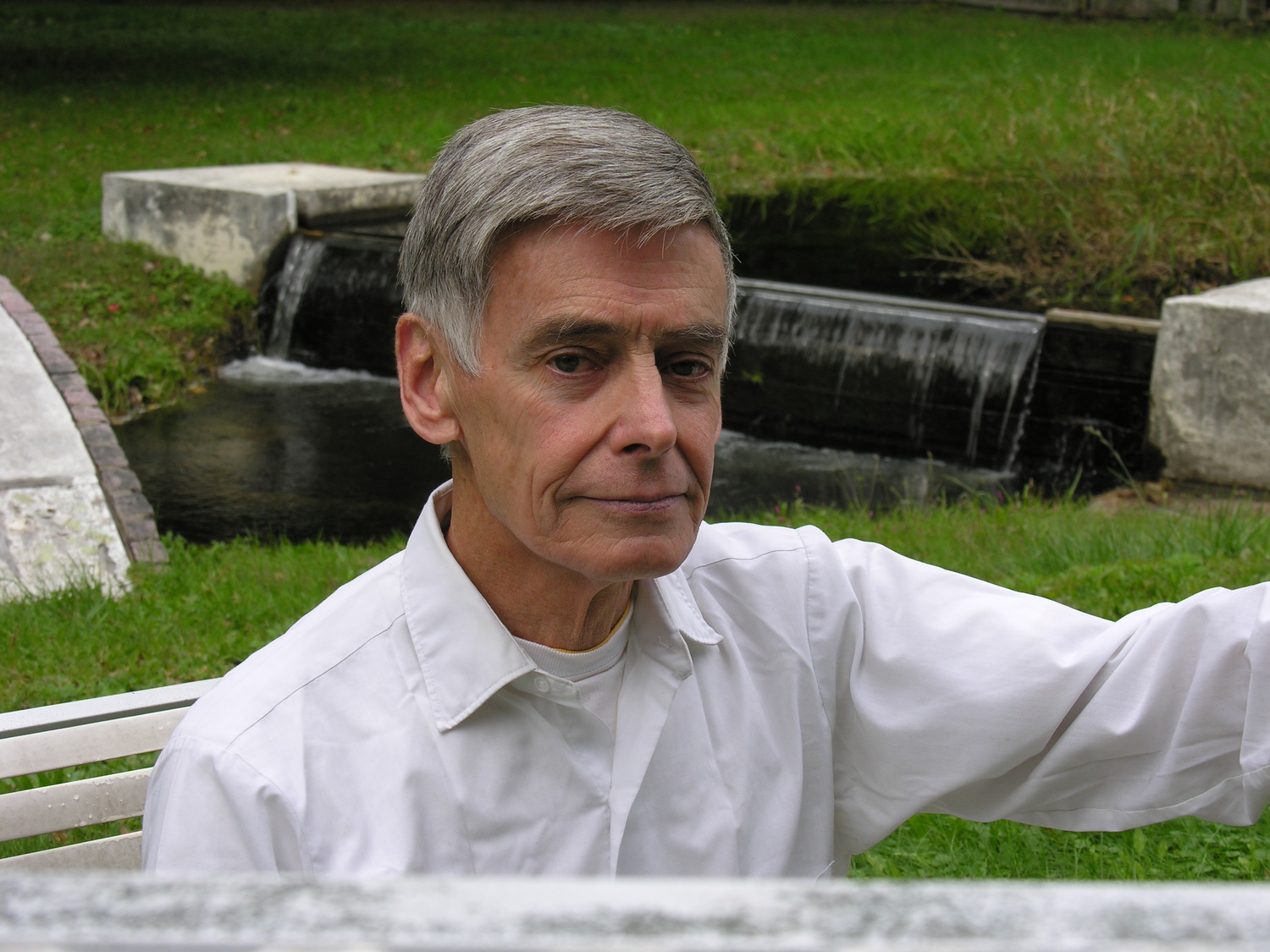 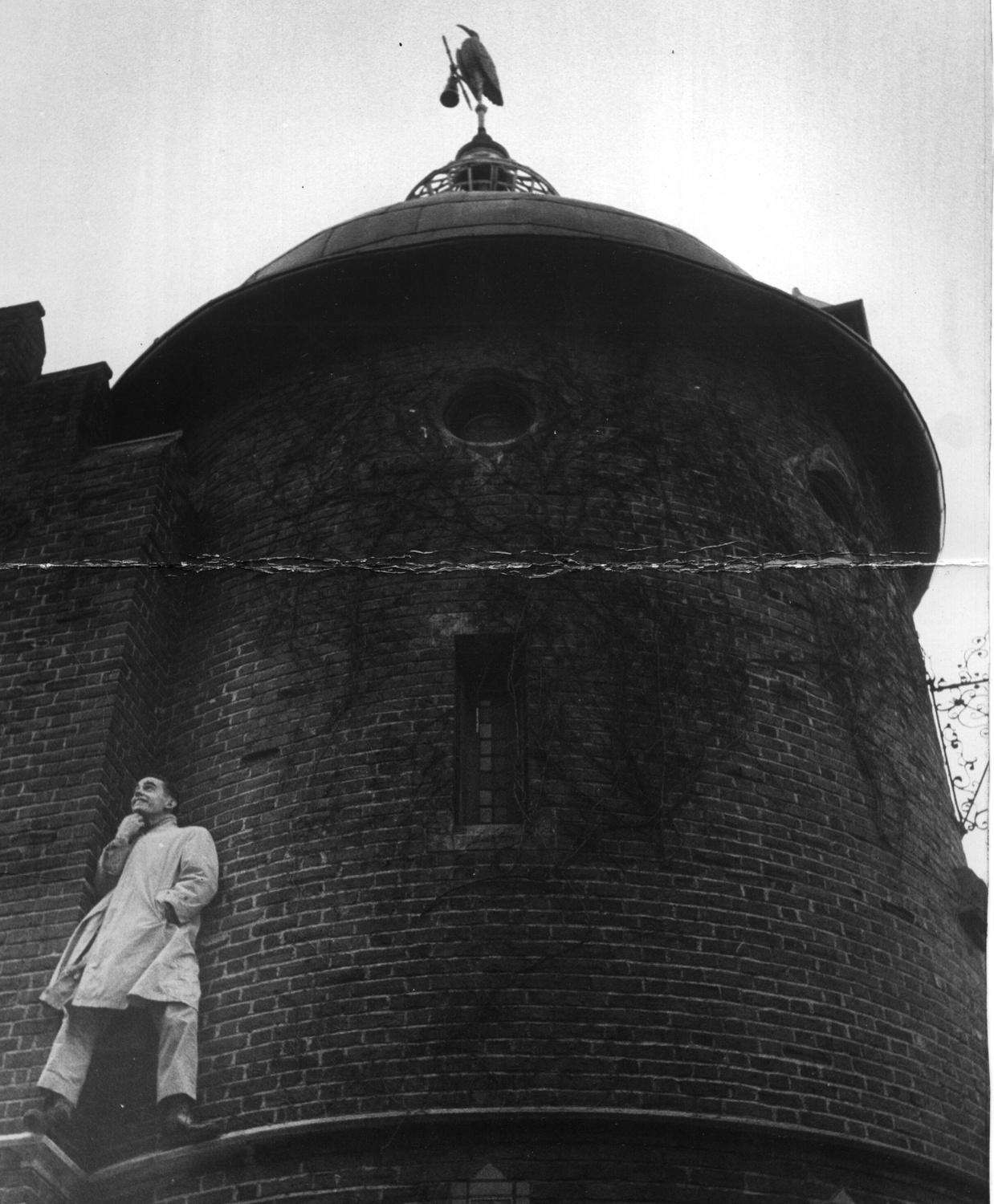 David Royce '56 - David Royce poses for a photograph halfway up the Lampoon Castle. 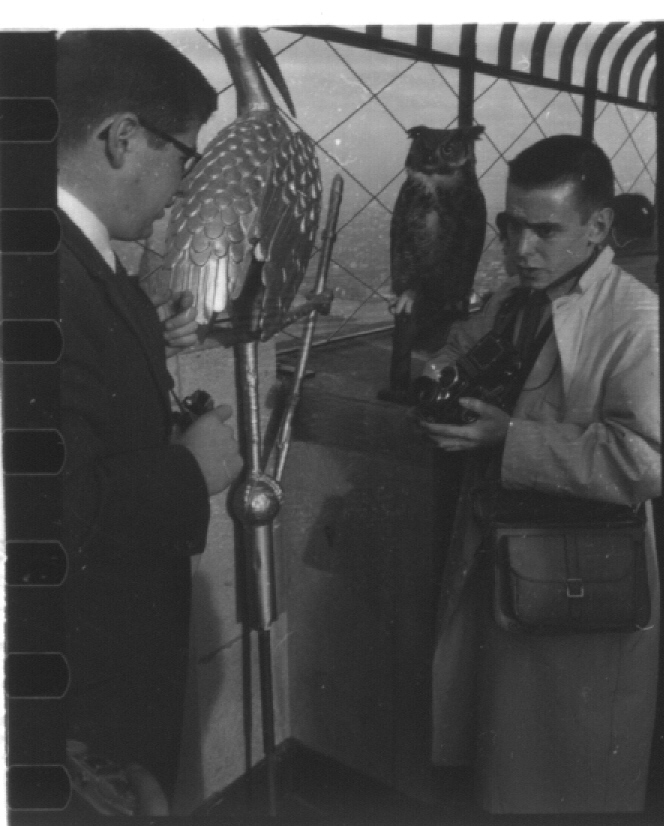 Crimson Presidents - From left to right, caricatures of Jeff A. Zucker '86, Gay W. Seidman '78, Jim Cramer '77, and Donald E. Graham '66, all former presidents of the Crimson drawn by David Royce. Royce died on April 4. He was 82.

In his adult life, Royce religiously attended meetings at Westport’s town hall, penned letters to the Westport News, and even filed a suit against the city in the 1970s when he felt that inspectors had wrongly entered his property.

“He spoke his mind without regard to what other people said,” said his wife, Nina Royce, noting that “his opinions have been good and bad.”

“My father was an immensely capable and complex man, but in many very important ways, whether due to his nature or some aspect of his childhood experience, he never got beyond the child that thought he was smarter than all the adults,” said Royce’s son, Zachary Royce, in his father’s eulogy.

Royce was born in Rochester, N.Y. to Nancy Reyna and Edward Royce. He is the grandson of Josiah Royce, the American idealist philosopher who taught at Harvard for over 30 years.

Royce is survived by his wife of 46 years and his three children.