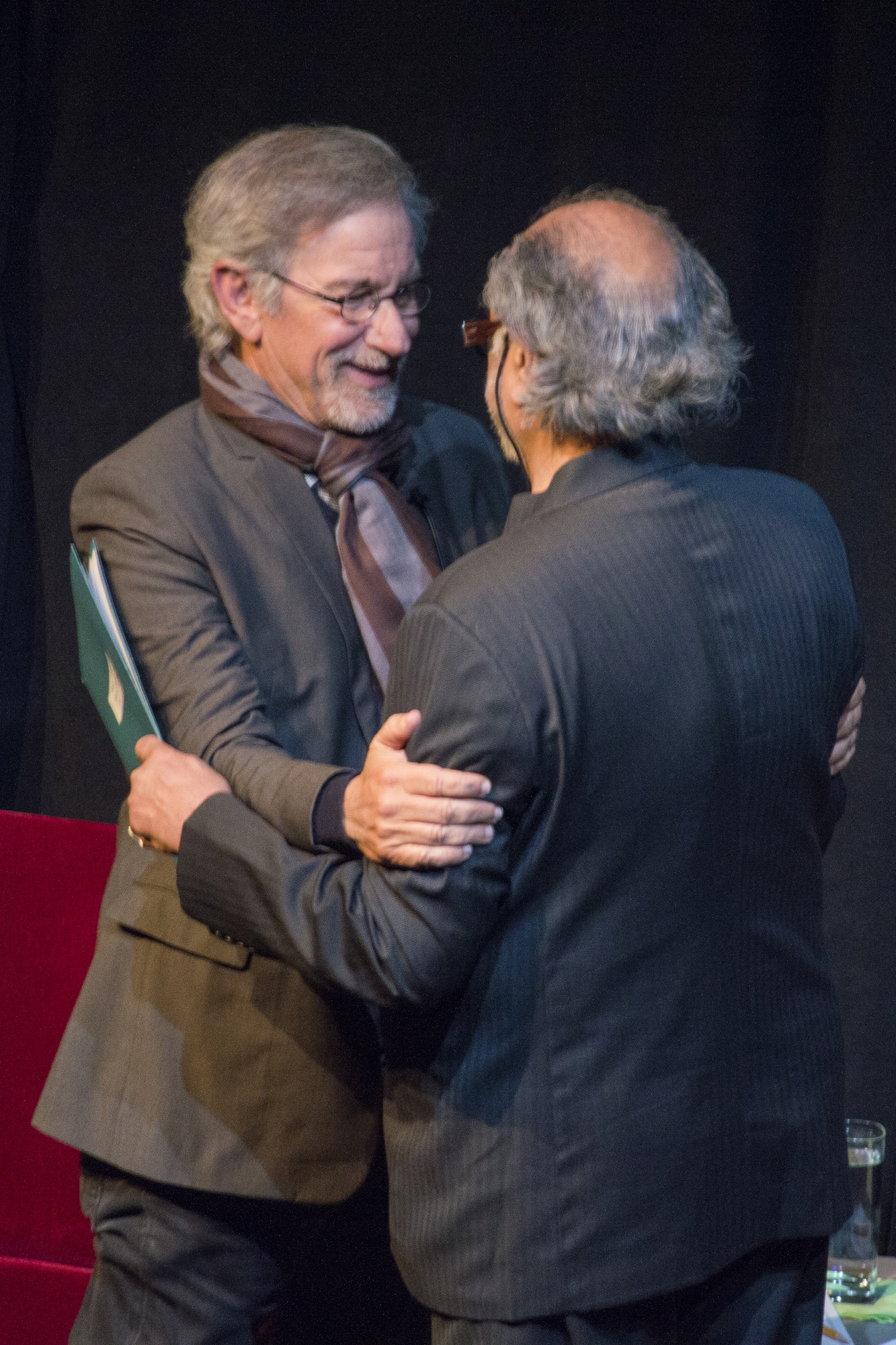 Award-winning filmmaker Steven Spielberg discussed the role of empathy, childhood, and toy trains in his works during a discussion with humanities professor Homi K. Bhabha at the Loeb Drama Center Tuesday evening.

After introductions by President Drew G. Faust and Bhabha, who is the director of the Mahindra Humanities Center, Spielberg discussed the obstacles he faced during the beginning of his career.

“When I was a television director, I was desperate to get a job,” Spielberg said. “I didn't have the freedom to pick and choose films I could identify with…. I didn't discriminate.”

While his first feature film debuted in 1968, Spielberg said his experience behind the camera began long before then, when he would record crashing his Lionel train sets on his father’s 8-millimeter Kodak camera as a boy.

This experience, as well as his growing affection for destruction, would go on to influence works such as Duel and Jaws. When asked about the difficulties filming shark attack scenes in Jaws, Spielberg said that planning ahead was important.

“What I think is essential for filmmakers to really learn how to do is see the scene first in their head, figure it out, even almost mathematically, and then go out and shoot it,” he said.

Spielberg also discussed the role of his personal experiences in his films, citing the importance of his parents’ divorce in the creation of E.T. According to him, the film simply began as a divorce story and of a childhood lost.

When Bhabha asked Spielberg about his decision to include an alien in the story, Spielberg gave two explanations: the constant presence of science fiction throughout his childhood through his father, and the symbolic role E.T.’s physical form played in the movie’s message.

“If you could learn to love something that looks like that, then that opens up your empathic pathways in all directions, including healing and repairing the damage done in a divorce,” Spielberg said.

After discussing the inspirations for different movies, Bhabha shifted the discussion towards the role of cinema itself. Referring to cinema as a “fathering force” that knits people together, Bhabha asked Spielberg what he thought the effect of cinema will be in the future.

“I think movies, in some form or another, as a public communion, will never go,” Spielberg said. “We’re always going to come together. Nobody in their right mind will watch a movie on their telephone.”

Some audience members, however, were a little more skeptical about the future of cinema.

“I don’t think we can predict where cinema is going,” said Ricardo C. Robledo ’15. “I really do think it will get to the point where people are constantly watching films on their phones.”

“You just have to find some way to communicate who you are [through] your films,” Spielberg said. “There’s no one thing I can say. It’s a complete private choice you’ve already made.”