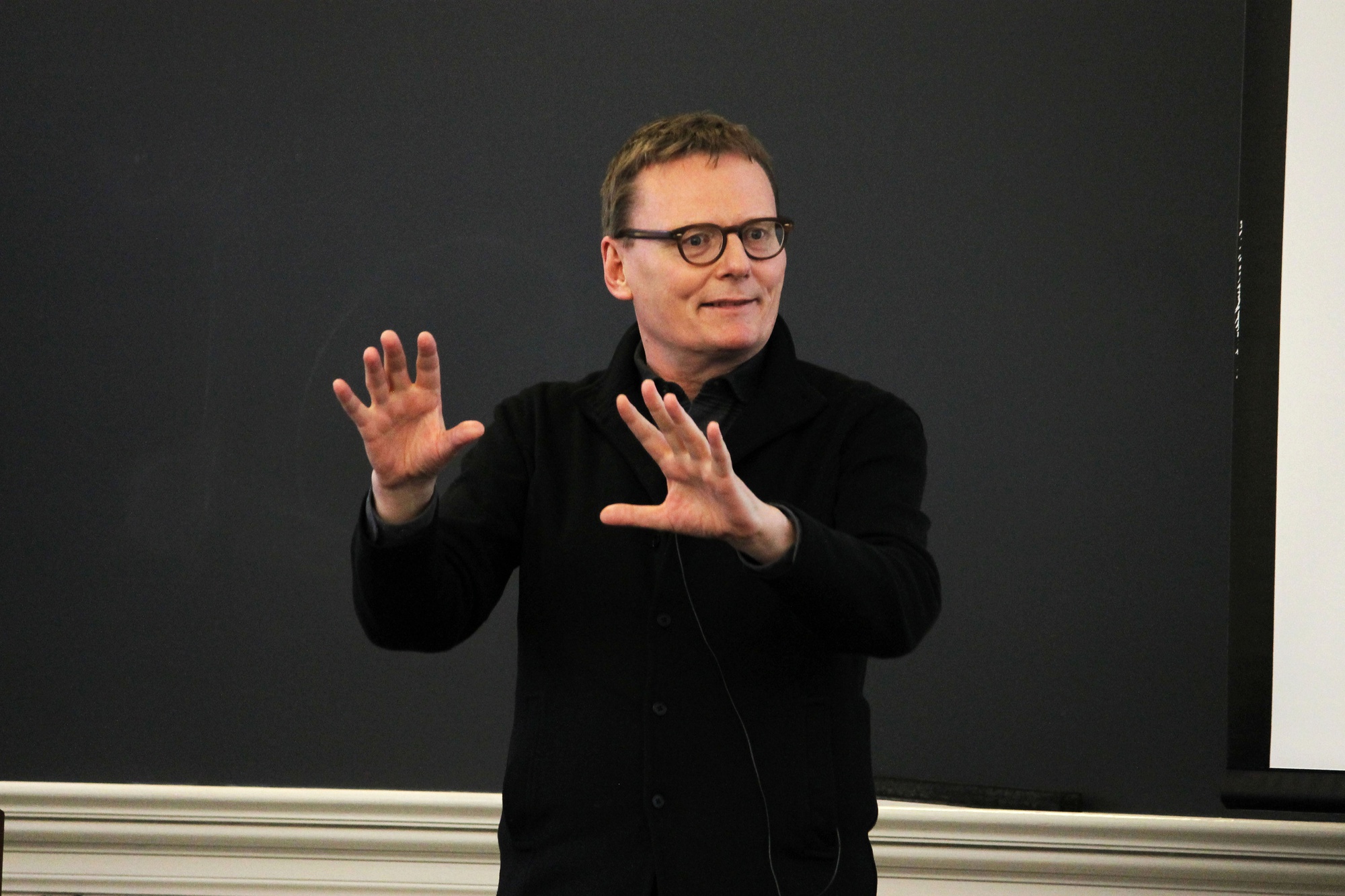 James Robinson, professor of Government, speaks about his book, "Why Nations Fail" at the Innovation for Greece Conference sponsored by the Harvard College Hellenic Society on Saturday.
By Joanie D. Timmins, Contributing Writer 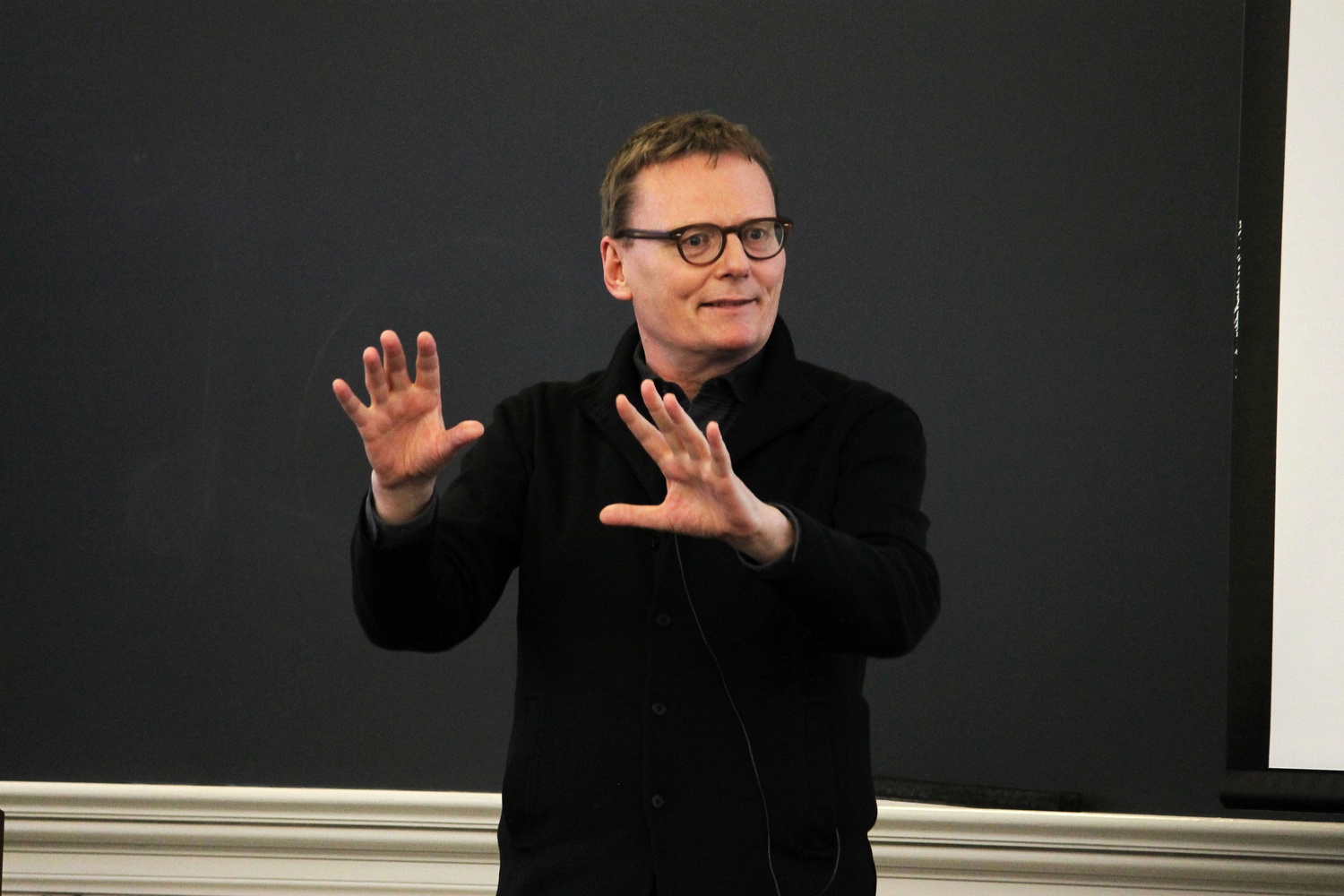 James Robinson, professor of Government, speaks about his book, "Why Nations Fail" at the Innovation for Greece Conference sponsored by the Harvard College Hellenic Society on Saturday. By Jennifer Y Yao

Academics, students, and professors from a range of fields came together to discuss the current state and future of Greece’s government and economic sectors at the “Innovation for Greece” conference hosted by the Harvard Hellenic Society on Saturday.

James A. Robinson, a government professor at Harvard and co-author of “Why Nations Fail,” a book about the development and divergent paths of nations, served as a keynote speaker for the conference. He offered a framework for better understanding the Greek economy by examining the qualities and structures that separate successful, prosperous nations from unsuccessful, poor nations. Prosperity in long-term economic growth, he argued, is driven by innovation, new ideas, and creativity, all of which help raise productivity.

“What’s crucial about driving economic growth in the United States is that the political institutions and structures were inclusive, giving people incentives to invent and save,” he said, adding that these characteristics separate the U.S. from countries like those in Latin America.

Robinson concluded his talk with a brief discussion of his belief that Greece currently faces problems due to structural issues within the government that have triggered spillover effects. As an example, the creation of a homogenous economy with many barriers to the exit and entry of the economy may have resulted in fiscal problems in Greece, he said.

Two other speakers at the conference presented their personal projects that they said they hoped could one day be implemented in Greece to improve its future.

Stephen C. Liapis, a post-doctoral candidate in molecular biology, introduced the audience to a product he created as an undergraduate at Yale—a biology formula that he said contributes to superior crop growth and is sustainable and completely organic. Liapis said that Greece’s climate makes agriculture challenging in the country.

“This could be useful for Greece because Greece has little soil and little precipitation and consists of fragmental and small farms that cause poor nutrients and slow growth,” Liapis said. “Our formula enables plants to withstand environmental pressures and proves bigger crops and faster growth.”

Vaios and his father launched Khan Academy Greek, an online classroom which has extended access to continuing education in Greece.  Vaios said he believes that “education can unlock the future of the country.”

Audience members said that they appreciated the creative and practical ideas presented by the speakers.

Maria-Alkistis Iliopoulou, a Cambridge resident and a participant in the conference last year,  said she felt that the products presented were “actual, high-level products, and not just ideas.”

“It’s inspiring to see that there are actually projects in place,” Iliopoulou said.