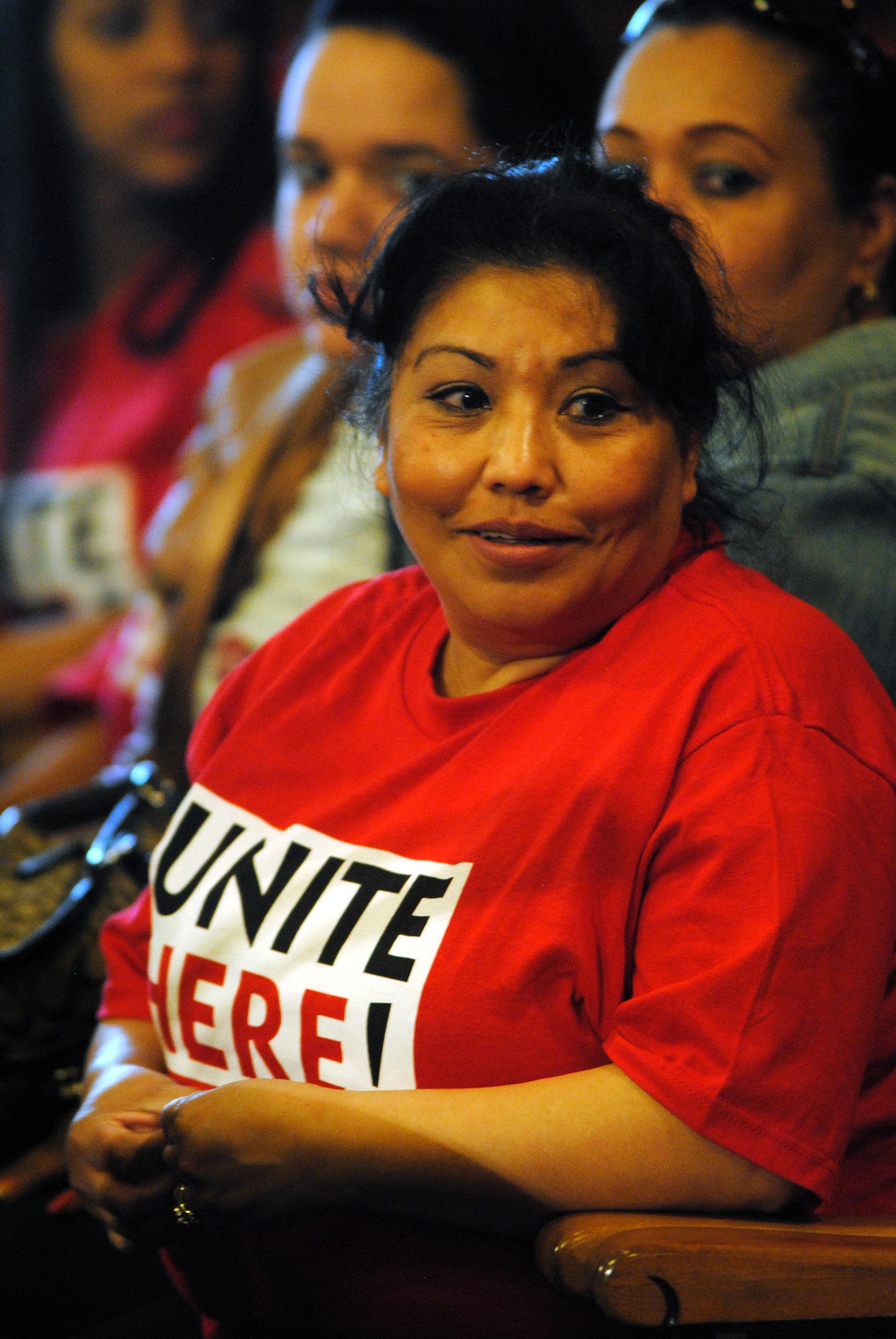 Sandra Herandez, an employee of the Doubletree Hotel in Allston, waits to give a statement at the Cambridge City Council meeting on April 28. A housekeeper at the hotel for twenty two years, Hernandez exclaimed "I'm here for a fair process".
By Mariel A. Klein, Crimson Staff Writer 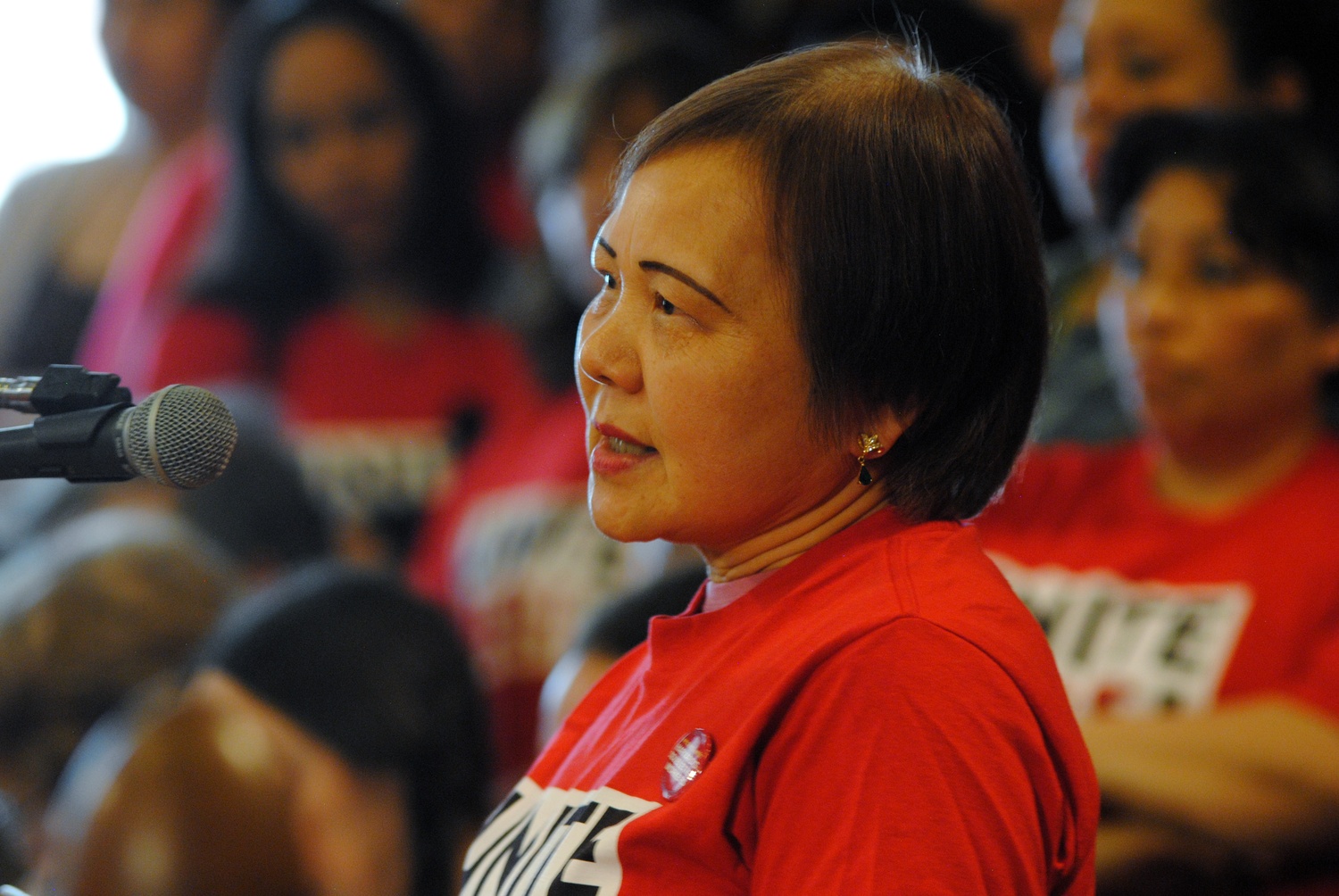 Celia Gee, an employee of the DoubleTree Hotel in Allston, speaks to the Cambridge City Council during a meeting on April 28. As an employee of thirty years, Gee expressed her disappointment in the way that the hotel treats its staff. By Tiana A Abdulmassih

The Cambridge City Council voted unanimously Monday to support the boycott of the Boston-Cambridge DoubleTree Hotel, a sign of support for hotel employees trying to unionize.

The boycott, which was launched last month, is a part of ongoing efforts by DoubleTree employees, Harvard’s Student Labor Action Movement, and area union UNITE HERE! Local 26 to get the hotel to allow workers to unionize by fair process. Workers and activists are also working to push Harvard to put pressure on the DoubleTree, which is located in a Harvard-owned building, in hopes that managers will become more receptive to allowing fair process unionization.

“They don’t respect me. They don’t appreciate what I’ve done for this hotel,” Celia Li, a DoubleTree housekeeper who said she has worked at the DoubleTree for over 30 years, said in front of the Council.

The hotel said at the start of the boycott that it does not believe that a true majority of DoubleTree workers wish to be represented by any union. Hilton, which owns DoubleTree, could not be reached for comment on the most recent developments. Hotel workers and advocates said that management has not addressed the boycott, and it does not appear that the hotel has suffered losses from the boycott.

University officials maintain that Harvard will support any fair process of unionization agreed upon by Hilton and its employees.

“It’s still a lot of the same,” Student Labor Action Movement member Gabriel H. Bayard ’15 said. “I think there’s a lot of community momentum but our main job right now is to get people not to stay at the hotel.”

Although DoubleTree managers have not addressed the boycott, workers said they have noticed difference in the work environment at the hotel. 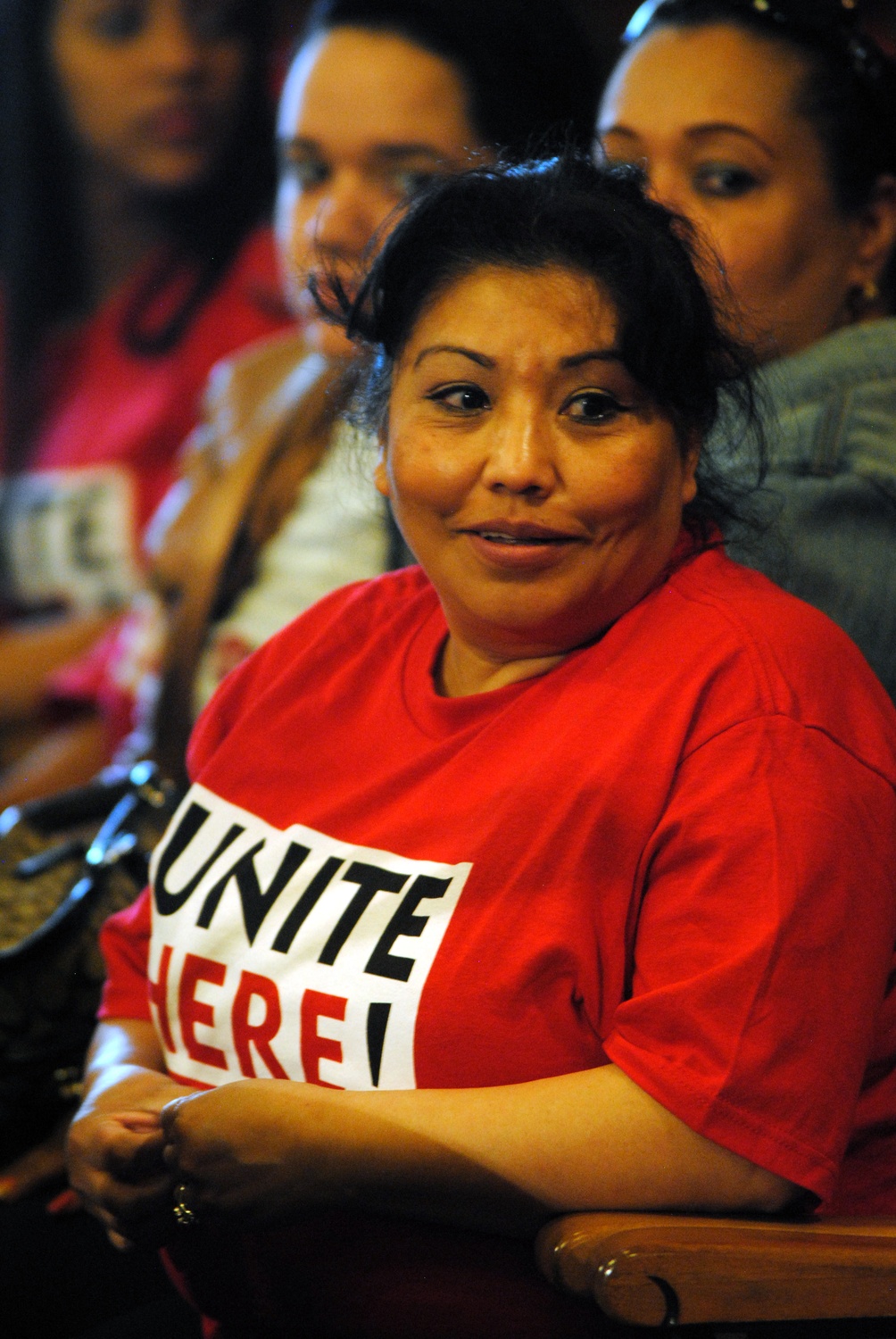 Sandra Herandez, an employee of the Doubletree Hotel in Allston, waits to give a statement at the Cambridge City Council meeting on April 28. A housekeeper at the hotel for twenty two years, Hernandez exclaimed "I'm here for a fair process". By Tiana A Abdulmassih

DoubleTree employees and advocates claim the hotel is making working conditions better in order to give workers fewer reasons to push for fair process of unionization. Still, Bernabe said he had doubts.

Although unsure about tangible successes thus far, students and advocates continue to promote the boycott.  Last week, several advocates distributed flyers at a conference at the DoubleTree to publicize the boycott.

“I didn’t ask anyone to change their reservation. We just want people to know about [the boycott] so they don’t come back next time,” said Harvard Kennedy School student and activist Michael "Mick" R. Power. “You could say [the guests] felt a bit dirty being there when they heard it.”

Employees and activists said that they view the city council support as a success.

“That’s very good for us. [It’s] not only inside, we need [support] from outside too,” Bername said.