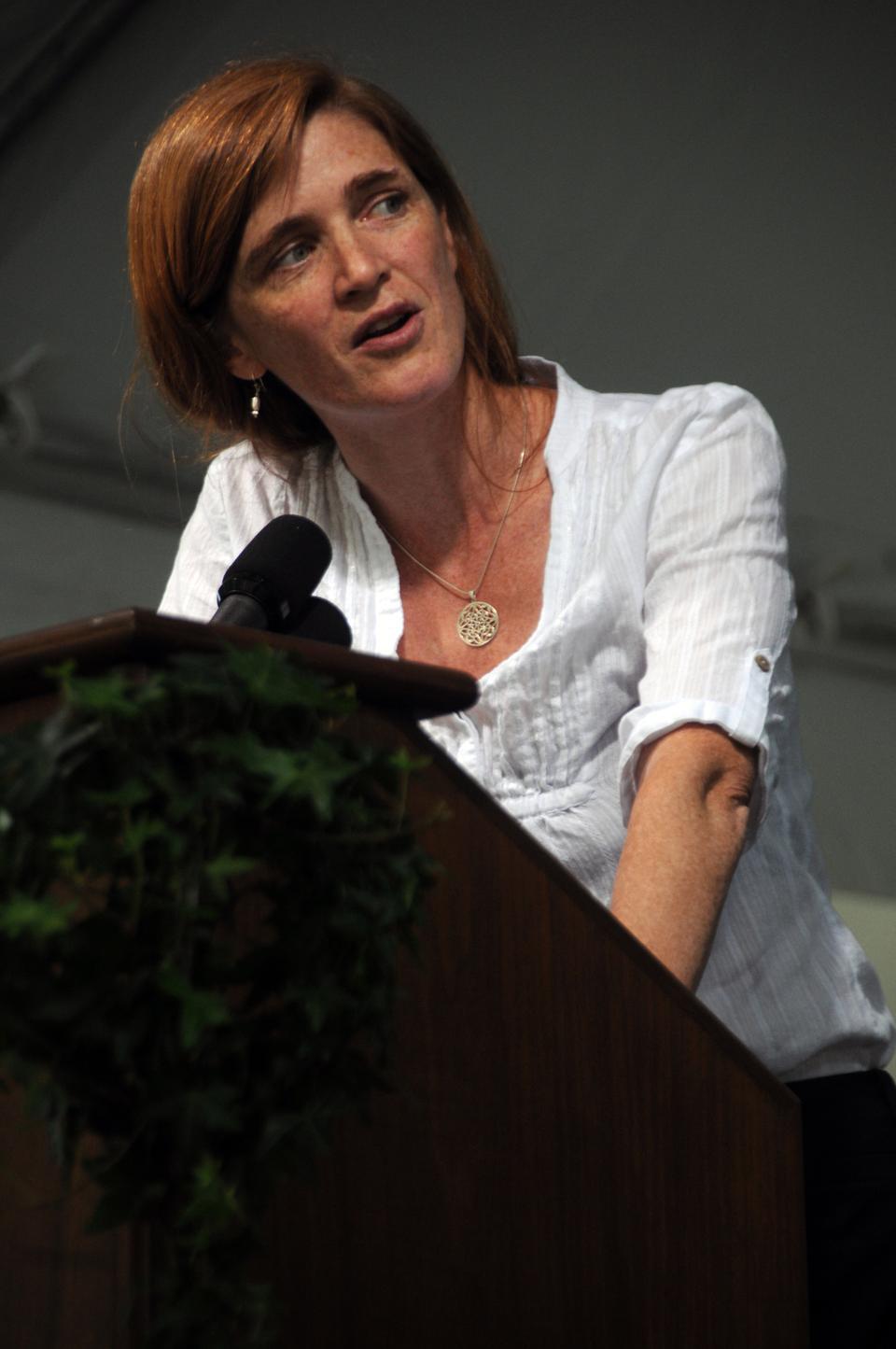 U.S. Ambassador to the United Nations Samantha J. Power will address 2014 graduates of the John F. Kennedy School of Government at the school’s Class Day on May 28, Dean David T. Ellwood ’75 announced in a press release Monday.

Power graduated from Harvard Law School in 1999 and served as a professor and founding executive director of the Carr Center for Human Rights Policy at the Kennedy School before becoming special assistant to the President and the senior director for multilateral affairs on the National Security Council in 2008.

As the U.S. Ambassador to the UN—a position she assumed in August 2013—Power “works to advance U.S. interests, promote and defend universal values, and address pressing global challenges to international peace, security, and prosperity,” according to the press release.

Power is also a Pulitzer Prize-winning author for her 2002 book, "’A Problem from Hell’: America and the Age of Genocide.” She is married to University professor Cass R. Sunstein, ’75, whom she met working on Obama’s first presidential campaign.

Ellwood expressed excitement at bringing Power back to the Kennedy School to share her political experiences with new graduates.

“We are thrilled and honored to have Ambassador Samantha Power as our Commencement speaker. We will be proud to welcome back a figure of such great international renown and demonstrated leadership to inspire and guide our graduates,” Ellwood wrote in an email to The Crimson.

“Throughout her strong sense of moral vision and deep humanity have made her a compelling leader at HKS and across the globe,” he added.

Power’s Kennedy School address will not be her first on a Harvard Class Day; she also gave the Law School’s Class Day address in 2010.